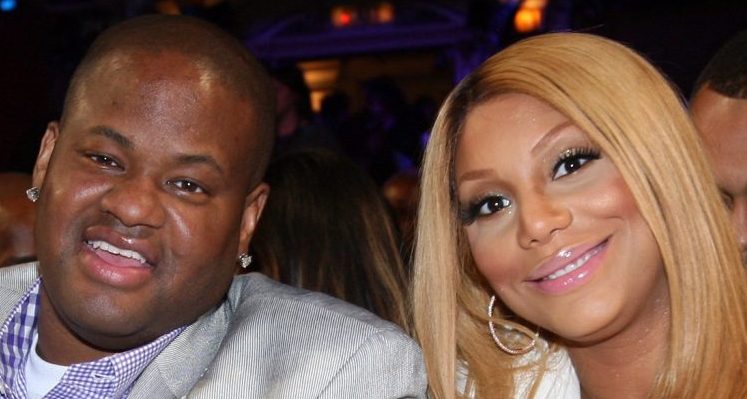 Singer Tamar Braxton has shocked her fans by speaking out against her husband, music producer Vincent Herbert, from whom she has filed for a divorce. Braxton claims that Herbert has fathered a love child with another woman and is soon going to have a baby. She has bad-mouthed the supposed other woman and said that she is moving on. But now, people are wondering who Vincent Herbert’s baby mama is and if it’s true that he is going to become a father. Herbert has remained silent on this matter so far.

While the rest of the world is trying to bring in the New Year with joy, there is a little drama being played out in Vincent Herbert’s life. So, who is Vincent Herbert?

Vincent Herbert is a songwriter, record producer, record executive, and the founder of Streamline Records, an outlet for Interscope Records. He has worked with many artists like Tatyana Ali, Aaliyah, Toni Braxton, Destiny’s Child, Dream, JoJo, Mindless Behavior, Lady Gaga, and his estranged wife, Tamar Braxton.

Herbert co-stars with Braxton in the WE tv reality series, Tamar & Vince, which has been airing since September 2012. He also manages Braxton’s career and served as an executive producer on her second studio album, Love and War, which was released on his own label, Streamline Records.

Vincent Herbert is also known as “vinnyherb” by most of his friends, family, and fans.

Herbert got married to Braxton in 2008, and they have a son named Logan Vincent Herbert. He was born on June 6, 2013.

Unfortunately, their marriage hit a rough patch in recent years, and in October 2017, Braxton filed for divorce from Herbert citing “irreconcilable differences.” She is currently seeking joint custody of their son.

People are wondering what happened to the couple’s marriage, which seemed to be going great. So, Braxton addressed the issues in her marriage through Instagram and other social media sites to give her side of the story as to why the marriage has ended.

On November 8, 2017, Braxton said about her broken marriage, “Sometimes we stay ‘married’ for face value or to say ‘we did it’ but the truth is…it couldn’t be more broken & further apart than we are NOW!…even on an anniversary!”

Braxton continued, “You can say he did this, she did that, I put up with ‘this’ & I’ve suffered & endured ‘this’ for so long..but the TRUTH is that this was your choice 2 stay we get so caught up in WE are ‘winning’ in love that we are LOSING a battle that doesn’t have ANYTHING 2 do with us!”

Tamar Braxton let out a big secret that she was keeping close to her chest for a while. She has shocked everyone by posting a message on social media that Herbert is all set to have a baby with another woman!

Braxton also shared a video where she is seen sipping a very large cup of tea with Beyonce’s hit song, “Irreplaceable,” playing in the background. She appears to be sitting in what looks like a restaurant booth and hints that she is over Herbert, her divorce is still on, and she may soon move on with another man.

An Angry and Profane Outburst

While details about Vincent Herbert’s supposed baby and his new girlfriend are not known, Braxton seems to know it all and is pretty upset about it.

Braxton posted the following message about Herbert’s supposed new girlfriend on Instagram, “Vincent Herbert is Having a baby, and his W***e decided to let me know about it tonight!! That stupid broke ass w***e should check public records on Christmas before she goes through with it!!”

Herbert Needs to Speak Out

Braxton’s fans seem to be quite happy that she is leaving Herbert. Some of them have taken to social media to express their feelings.

One fan wrote, “I think that played a part in the divorce. I believe it’s a combination of things. He’s said to be having money problems; he beats her, and all kinds of craziness. How is she dating?”

Have not been on here in a while hello everyone

Herbert has so far not spoken to the media about his supposed new girlfriend or the baby he has supposedly fathered. So, right now, we have to take Braxton’s word for it.

Tamar Braxton’s passion and forthrightness on this issue has caused people to speculate about Vincent Herbert’s love life. Maybe vinnyherb will speak out soon and bring clarity to this messy drama!