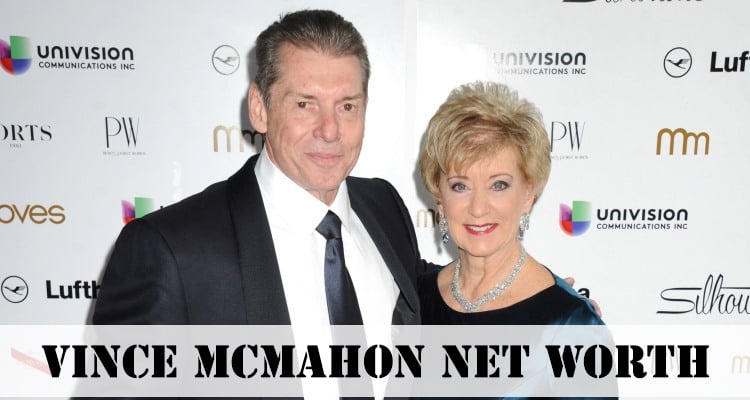 There are few professionals in wrestling who can boast a multimillion dollar net worth. Although a lot of WWE champions lead lavish lifestyles and rake in cash from their performances in the ring, few gain as much capital as the man who kept the ship afloat for years. His name is Vince McMahon and he’s arguably the most important figure in the WWE, serving as the company’s majority owner, chairman, and CEO. In addition to all of the financials, we’ve also got the latest scoop on his family, kids, house, and cars. If you ever wondered about Vince McMahon’s age or who Vince McMahon’s wife is, then you’ve come to the right place. Learn about how he made his net worth of $1.48 billion, and more right here!

McMahon took over the WWE from his father in the 1980s and his worth has only increased since then. At the age of 72, he continues to pull the strings both in and out of the ring. But how much is Vince McMahon worth? We’ve got you covered with everything you need to know about Vince McMahon’s net worth and how much money Vince McMahon makes in a year. His WWE net worth and WWE empire is impressive to say the least, and with rumors that he is putting his own money into a new business venture like he did with the XFL, that amount might change.

Vince McMahon’s assets also include a yacht named “Sexy Bitch” and a private jet that is often used to shuttle him between television tapings of the WWE and the company’s home base in Connecticut. Vince McMahon’s cars are said to include a 2010 Bentley, as well as Mercedes and a GMC SUV.

Vincent Kennedy McMahon was born on August 24, 1945, in Pinehurst, North Carolina. He grew up in a not-so-pleasant household, as his mother, Victoria Lupton, went through a series of men after his biological father, Vincent James McMahon, left the family when Vince was still a baby. McMahon recalls that one of his step-fathers was abusive and even went to attack him as he tried to protect his mother. He was also separated from his elder brother, Rod, after his father took him when he and his mother separated. In an interview with Playboy, McMahon said that he attended Fishburne Military School in Waynesboro, Virginia, where he overcame dyslexia and graduated in 1964.

Although he initially had a rocky relationship with his biological father, he met him at the age of 12 and was captivated by his profession as a promoter for Capitol Wrestling Corporation, which would eventually become the World Wide Wrestling Federation, or WWWF. He would regularly go on trips with his dad to Madison Square Garden and, after graduating from East Carolina University in 1968, went on to assume a managerial role in his father’s WWWF promotion. For the next decade and throughout the 1970s, he stuck by his father’s side and learned all the tricks of the trade. By the time the 1980s rolled around, he founded Titan Sports with headquarters in South Yarmouth, Massachusetts. He had many plans to expand the company nationally, including his move to recruit Hulk Hogan to be their megastar, with his charismatic ways and captivating performances.

‪#HappyBirthday Dad! Thank you for always being there for me, even when I wanted to cause a little trouble. ?❤️?‬

Before he was so heavily involved in his professional wrestling career, McMahon was actually a commentator on TV, making his debut in 1971 when he replaced Ray Morgan. He later went on to be a regular commentator on the show and offered many play-by-play accounts until 1997. Sometimes things got heated in the ring and McMahon was physically injured. In September 1991, Roddy Piper mistakenly hit him over the head with a folding chair and he had to be taken out of the arena on a stretcher. Another time, Randy Savage pulled him to the floor in November 1993.

Vince McMahon’s daughter, Stephanie McMahon, is a businesswoman and Chief Brand Officer at the WWE. Although she began appearing on the WWE in 1993 under the storyline “The Undertaker,” she went on to take more of a more business role in the company. In 2008 she became the general brand manager and, by mid-2013, was making regular appearances on the WWE with her husband, Triple H. Vince McMahon’s son, Shane McMahon, is also involved in the WWE as a minority owner and vice-chairman of YOU On Demand. He has worked at the WWE since he was 15 and grew to become a referee, producer, announcer, and even wrestler on-screen. He did great as a professional wrestler, having won the European Championship once and the Hardcore Championship once, as well.

#HappyFathersDay Vince McMahon! Thank you for always being there no matter how busy you are. You will always be my #hero.

Where does McMahon live right now? With a net worth of $1.48 billion, it’s no surprise that his living arrangement is anything but humble. He lives in Greenwich, Connecticut with his wife, Linda. The property boasts a large driveway, extensive gardens, a pool, and even a conservatory area! There are also three floors, seven bedrooms, and house length windows. It’s no surprise that the house is in an affluent area, as the McMahon family can afford it. In fact, he also owns the estate adjacent to this one and it is all part of the McMahon family dwellings. We’re not judging the guy, he’s a billionaire of a world-renowned business, so why not splurge, right?