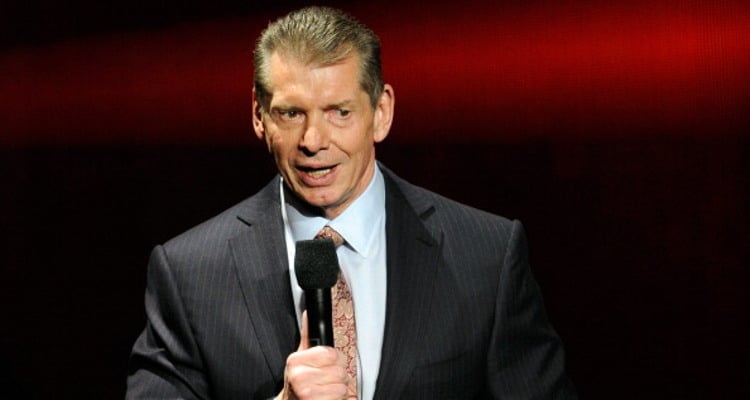 Vince McMahon, chairman of the WWE, was taken down on Tuesday night when Kevin Owens headbutted him in the ring, knocking the 72-year-old to the floor. The WWE CEO was on the ground until paramedics took him out on a stretcher! Read on to learn about Vince McMahon’s injury update.

It’s not common in the WWE for someone like Vince McMahon to go about challenging people, but it was a riot when he came face-to-face with Kevin Owens at SmackDown Live in Las Vegas! Owens is a well-known wrestler, and this disrespect to one of the greats might just cost him! With a headbutt that had McMahon leave on a gurney, his son Shane is sure to take revenge. After all, the reason his dad called Owens out in the first place was because of his feud with Shane! Check out the details of the upcoming McMahon-Owens match and more on Vince MacMahon’s injury.

What Happened on SmackDown Live?

On Tuesday night, the Las Vegas crowd went wild when the WWE CEO was literally smacked down by none other than Canadian wrestler, Kevin Owens! Things went south real fast when McMahon was injured in the ring, and Owen was relentless in kicking this ol’ dog when he was down!

They were in the ring because Shane McMahon attacked Owens for insulting him and his family. Though Owens did not fight back and the younger McMahon was suspended, a lawsuit was filed by the wrestler. To settle matters, Vince McMahon stepped up and set up a “McMahon vs. Owens fight” instead of a lawsuit, after directing a slew of insults to the 33-year-old. Once he agreed to let Owens “beat a McMahon senseless if provoked,” the wrestler headbutted the CEO and kept the hits coming!

The 72-year-old billionaire was taken away on a stretcher, with blood running down his face while the crowds went crazy! It’s likely McMahon will need to rest up, but there’s no denying that revenge is brewing. However, yesterday, WWE reported that he sustained an injury while training that will require surgery. According to the site, he will return to the WWE Headquarters today.

There is no other news on Vince McMahon’s injury, leading many to believe it may have been sustained during rehearsal/training for the Smackdown act. But as no other injuries were reported, it is difficult to say why the 72-year-old will need surgery.

The Shane McMahon-Kevin Owens match will be golden for the WWE, and despite the injuries sustained, fans are getting hyped for the fight. Their “Hell in a Cell” match is scheduled for next month and will definitely be worth the watch!

There is bound to be a few bets being placed on this fight among fans, but that is not the main concern for the contenders; this one seems to be all about their egos. Considering Vince McMahon is a proud billionaire (who never fails to mention his wealth), he only has pride on the line. With McMahon’s net worth estimated to be a pounding $1.24 billion, it looks like they have more than just a reputation to uphold!