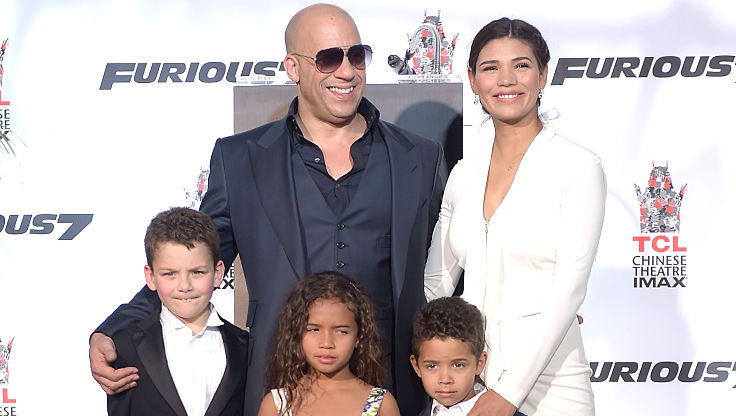 Vin Diesel has made hearts melt all over the world after uploading a sweet picture of him and his daughter, Pauline Sinclair, on Instagram.

Some celebrities can only be seen as the roles they play. Be it action, romance, or comedy, once fans see actors portray characters in Hollywood, we can’t always see them branching out to other roles. Vin Diesel is best known for his role in The Fast and the Furious franchise, and he now gave fathers everywhere major #daddygoals after uploading a sweet photo with his daughter.

Vin Diesel and his long-time girlfriend, Paloma Jimenez, welcomed their daughter Pauline in 2015. She is named after his late friend, and The Fast and the Furious co-star Paul Walker. Vin Diesel’s Instagram picture is with him sitting behind his one-year-old daughter on Vespa. Diesel captioned the image, “My favorite role in life…Dad. All love…”

Vin Diesel has nothing but love for his three children, and this photo with his daughter shows how much they mean to him. During an interview, he said that when his daughter was born he felt Paul Walker’s presence in the delivery room, “He was in the room, there’s no other person that I was thinking about as I was cutting this umbilical cord. I just… knew he was there.”

Vin Diesel and Paul Walker were close both on and off screen. Diesel has honored the memory of Walker, and naming his daughter Pauline is just one small example. Vin Diesel’s children are Hania Riley (8), Vincent Sinclair (6),  and Pauline Sinclair (1). He is extremely close to his children and spends as much time possible with them.

My favorite role in life… Dad. All love…