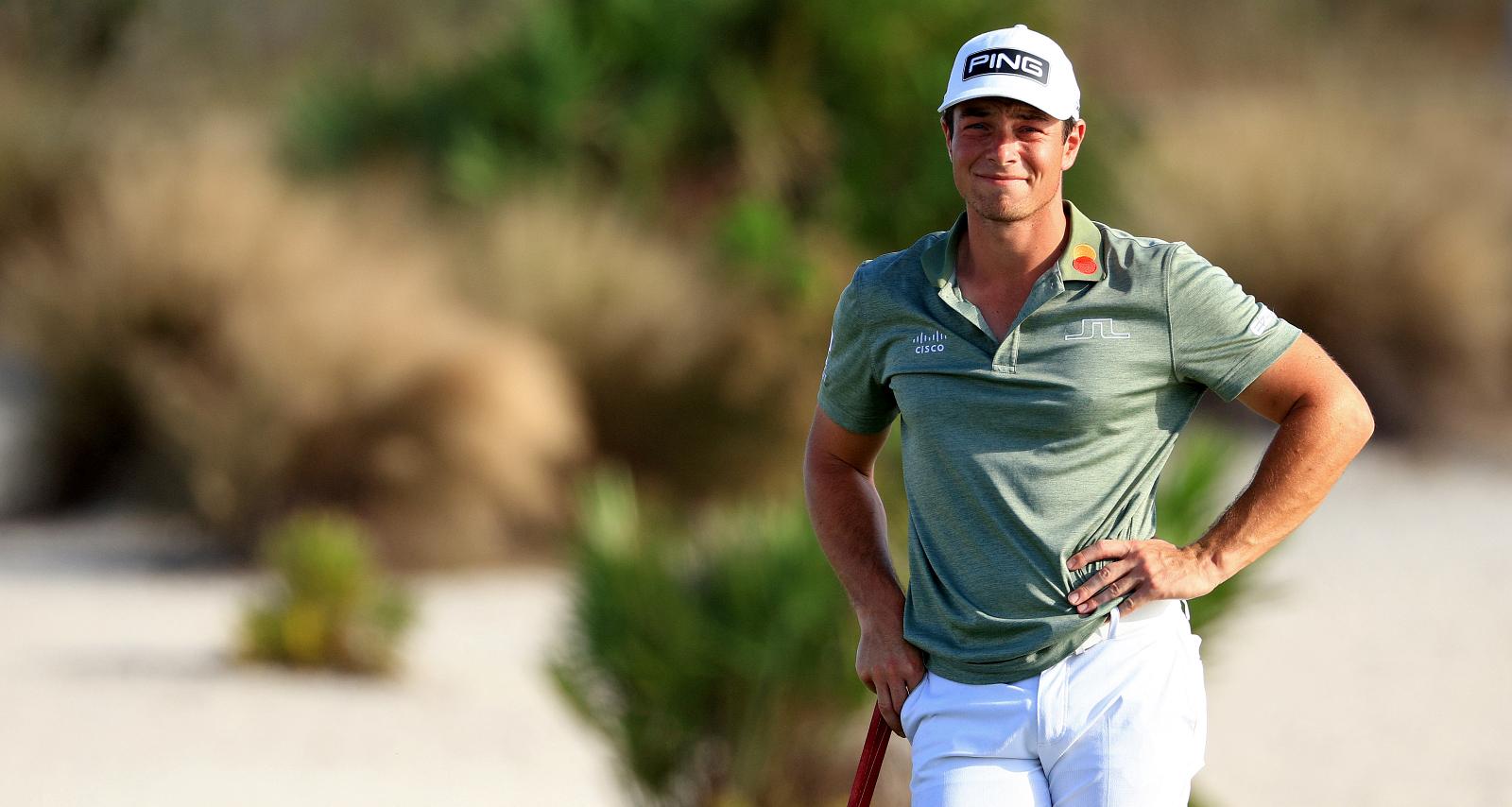 Viktor Hovland, the young Norwegian golfer defying the odds, won the Hero World Challenge in December 2021 and added another victory to his list of accomplishments. As he rises in the golf world, fans want to know about his personal life and background as well. Social media users often ask about Viktor Hovland’s parents, especially after that moment at the Players Championship that led the golfer to call a self-penalty thanks to his mom. We reveal more about Viktor Hovland’s family and how they shaped his career here.

Viktor Hovland was born on September 18, 1997, in Oslo, Norway. He is the son of Harald and Galina Hovland.

Viktor is Norwegian and grew up in Oslo, but also has Russian ancestry from his mother’s side. He is currently based in Oklahoma.

According to Golf Monthly, Viktor lived in the U.S. when his father’s work was based there. It was his parents who introduced him to golf when his father brought him a set of clubs at the age of 11. He practiced at an indoor driving range.

His parents aren’t just mere spectators at Viktor’s games. They know how golf is done and are sticklers for the rules.

That showed when Viktor was at The Players in March 2021. He was walking back to his cart after a shot, when his mom, Galina, called from Norway. She informed him that he didn’t put his mark back at the right place at the 15th hole. Viktor ended the call with his mother to inform the Tour officials of his mistake and incurred a penalty for himself.

Viktor has at least one brother, Mats Eriksen Hovland. He graduated from BI Norwegian Business School with a bachelor’s degree in marketing and sales management. He currently works for a commercial banking services company in Oslo.

Viktor Hovland’s Career and Net Worth

After building a name for himself in competitive golf in his native Norway, Viktor Hovland played collegiate golf at Oklahoma State University. He made history in 2018 as the first Norwegian to win the U.S. Amateur.

Hovland went professional after the 2019 U.S. Open. He made his debut at the Travelers Championship.

In the 2020 season, Hovland got the first win of his pro career at the Puerto Rico Open and also became the first Norwegian to win on the PGA Tour. That same year, he won his second PGA title at the Mayakoba Golf Classic.

Hovland has been adding more wins to his name in 2021. With each win adding to his career earnings and sponsorships to supplement, his net worth is estimated at $9.0 million.