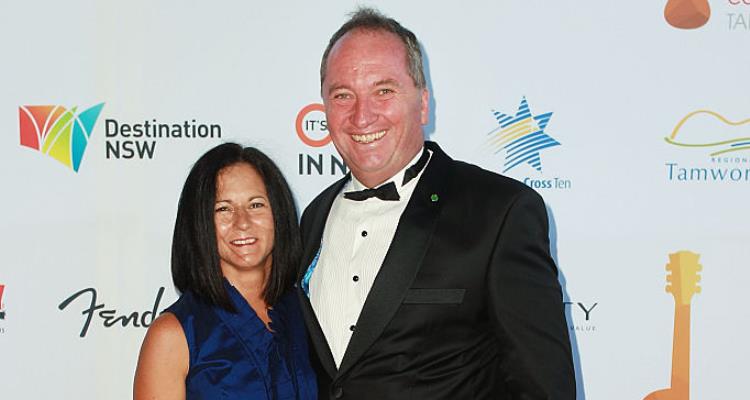 There’s a few changes going on Australian politics and it’s in response to what is being called the “Barnaby Joyce affair.” Now that Australia’s prime minister has issued a new ban for members of public office, many are asking about deputy prime minister, Barnaby Joyce’s girlfriend. For more details on the ban and the affair, have a look at our Vikki Campion wiki.

Who Is Vikki Campion?

Vikki Campion’s age is 33 and she worked as Joyce’s media advisor until April last year. Before working closely with the 50-year-old deputy prime minister, she worked as a journalist and later chief of staff, with The Daily Telegraph for eight years.

While President Donald Trump is dealing with affair allegations of his own, Australia’s own government is also dealing with a scandal. Joyce and Barnaby’s affair was made public and she was forced to resign. Not only did Joyce cheat on his wife, Natalie, of 24 years, but Campion is also pregnant with their baby, with a due date scheduled for April! Joyce and his wife have four daughters in their 20’s.

“Our family life has had to be shared during Barnaby’s political career and it was with trust that we let campaign and office staff into our homes and into our lives,” said Natalie. “Naturally we also feel hurt by the actions of Barnaby and the staff member involved.”

Joyce apologized for his part in the breakdown of his marriage and said it was one of the biggest mistakes of his life.

“I’ll say upfront that one of the greatest failures in my life was the end of my marriage,” he told ABC News.

“You make the commitment to try and see it through, now I acknowledge that I failed and I’m obviously incredibly sorry about that, but I’m also — like other people incredibly hurt that private issues get dragged into the public arena.”

It’s varies from place to place on what bosses can restrict employees from doing, but in a world of Time’s Up and #MeToo, bosses like Australian Prime Minister Malcolm Turnbull aren’t taking any chances. In the wake of the affair, the prime minister issued a sex ban between government staffers in office.

“In 2018, it is not acceptable for a minister to have a sexual relationship with somebody who works for them,” said Turnbull.

“It is a very bad workplace practice and everybody knows that no good comes of it… Ministers should be very conscious that their spouses and children sacrifice a great deal so they can carry on their political career. Their families deserve honour and respect[sic].”

In a statement released at a press conference, Joyce apologized to his supporters, colleagues, and family, including Campion. He also reiterated that he and Campion weren’t together when she worked for him.

“I am very aware of the Ministerial Code of Conduct. It is without a shadow of a doubt that Vikki Campion is my partner now. But when she worked in my office, she was not my partner. When she worked in Matt Canavan’s office, she was not my partner. And Damian Drum was not a minister. I think this is vitally important in how we differentiate between the public and the private. Thank you.”