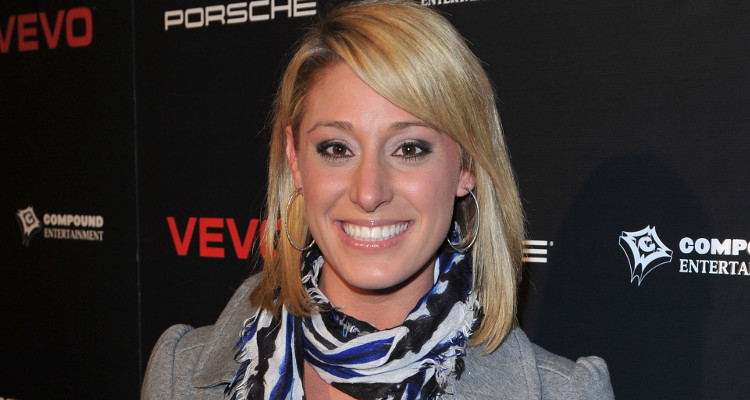 The Bachelor season 14 winner, Vienna Girardi appeared to be having a great life outside of the franchise. She was engaged to Todd Allen, but they broke up and now she is going through even more heartbreak.

Todd Allen is a professional NASCAR driver. His stats show that he competed in at least 35 races as of 2016 and has had one podium finish. There’s very little information available about his career and personal life. He hasn’t been active on Twitter for more than a year. However, he appears to be active on Instagram.

From his pictures, the 30-year-old seems to love fishing. He has a boat and has caught quite a lot of fish. He’s also into basketball, particularly being a fan of Tim Duncan, who retired from the San Antonio Spurs. He posted a picture of his new home in Debary, Florida back in April.

Todd Allen was never a part of the Bachelor franchise. He did, however, date the villain of Bachelor season 14. Vienna Girardi was engaged to pilot, Jake Pavelka at the end of The Bachelor. But they had a messy split in 2010 with Jake accusing her of cheating and being “stalkerish.” They even got into a live screaming match. She returned to Bachelor Pad, where she had a romance brewing with Kasey Kahl. But they broke up after eight months together.

She later dated Todd Allen. After three years together, he popped the question and they were engaged in October 2016. But it was not meant to be. They called off their engagement in November.

Then who is Vienna Girardi dating? There’s no record of her dating anyone since she’s decided to stay out of the spotlight as much as possible. She did once say that she didn’t want to be a reality star. As for Allen, there’s an Instagram picture where he’s arm in arm with a beautiful lady.

The goal is the best shape of my life!

Vienna revealed in June this year that she’s pregnant with twins. It came as a surprise since there were no reports of the 31-year-old dating anyone. She posted a sonogram on Instagram and looked ecstatic to be a mother.

Sadly, 18 weeks into the pregnancy, she found out her babies have twin-to-twin transfusion syndrome (TTTS). It occurs in twin pregnancies where the placenta is shared unequally among the babies and they may receive inadequate nutrients to survive. Four days after her gender-reveal party, she was rushed to the hospital after she suffered a miscarriage. She was in intensive care for days, but her babies didn’t make it. She narrated her ordeal and her grief in a lengthy Facebook post.

Since the news of Vienna’s tragedy broke out, many are wondering if Todd Allen was the father. They broke up a long time ago, but they reportedly hooked up briefly in March this year. However, Allen denied being the father of Vienna’s children. For now, the identity of Vienna’s baby daddy remains unknown.