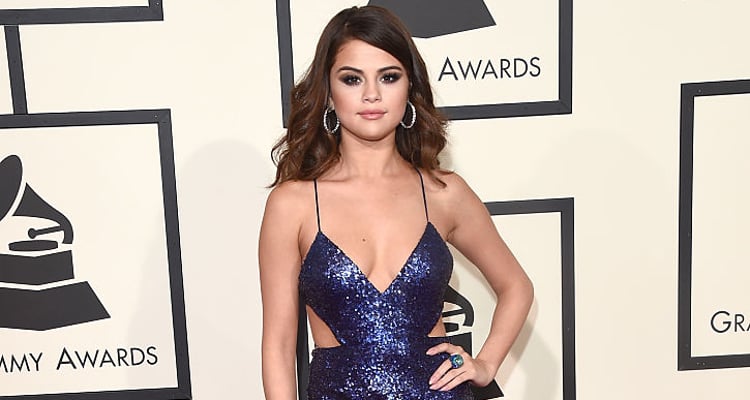 Why would Selena Gomez get so bizarre in the middle of a performance? Well, when something reminds her of the ugly split with pop star Justin Bieber, things will get uglier. So, have anyone of you watched the “Selena Gomez destroys ‘Marry Justin’ sign” video yet? Once you watch it, you will never ever have to wonder again, “Will Selena Gomez marry Justin Bieber?”

There’s no doubt that she won’t even when most of us think she may marry Bieber. Maybe that’s why she had to set things straight with her fans and everyone watching. And, the best way to do is always on stage, in front of thousands. So, watching these “Selena Gomez destroys ‘Marry Justin’ sign” videos below will let you know what it’s like to mess with Ms. Gomez. The 23-year-old pop diva is so sick of “that same old love” that she has made hit songs about it. She’s moved on and she wants her fans to move on as well. We now see Selena Gomez dating Samuel Krost, and we also see her hang out with her BFF, Taylor Swift. In fact, most of us don’t know that Taylor Swift had a spat with Bieber for breaking Gomez’s heart.

It’s the mid-leg of her Revival Tour, and Gomez is probably exhausted—emotionally and physically. Gomez always shows her emotions upon her face every time she performs, so things won’t change  when she was performing on her Revival album tour in Fresno, California. On May 8 (Sunday), the media was in awe when the “Selena Gomez destroys ‘Marry Justin’ sign” videos went viral. The videos were shot be thousands of Gomez’s fans attending the concert in the audience.

What we see in this “Selena Gomez destroys ‘Marry Justin’ sign” video is exactly what it states. The pop diva crumbles a sign that says “Marry Justin Please.” As the songstress has created her empire and her net worth on her own, she would hate if someone comes to her concert and gives credit to someone else. It’s simple: when you are at Selena Gomez’s show, have signs that cheer her up!

Some poor teen did the total opposite of the that and had to face Gomez’s wrath. The teen (unknown) went on Twitter and shared her trauma when Gomez grabbed the sign out of her hand and crumbled it. While many others thought she might autograph it, Gomez shocked them by trashing that piece of paper off the stage! People shared their own versions of the video, which captured the incident from various angles.

Take a look at all of them and feel the “heat” when you mess with Ms. Gomez!

video of it happening ???? pic.twitter.com/dZ0X0ilMzi