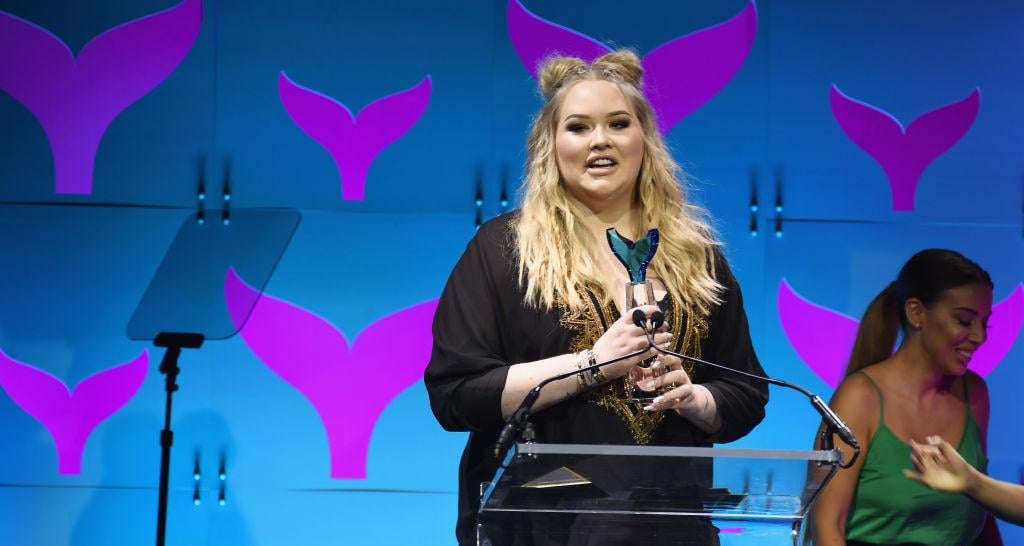 On May 24, 2018, famous makeup YouTuber Nikkie Tutorials announced that her little brother, Mikai, passed away after his long battle with cancer. Since her brother loved the color red, Nikkie de Jager posted a “red” makeup therapy video on her channel in his honor.

Nikkie Tutorials a.k.a. Nikkie de Jager is a famous beauty vlogger and social media star. Jager is known for posting makeup tutorials on her YouTube channel, and she has now hit a whopping 10.0 million subscribers. Recently, Jager shared a very personal and heartbreaking news about her brother, Mikai’s death.

Nikkie shared with her viewers that that her younger stepbrother, Mikai (who was just 13) suffered from lymphatic cancer. When Mikai was first diagnosed, he underwent chemotherapy.

At one point, Mikai was pronounced cancer-free, but it came back in 2017. Chemotherapy and tests were done, there was a hope that little Mikai would beat cancer the second time.

Unfortunately, on May 24, 2018, Jager announced on Twitter that Mikai passed away. Fans and viewers took to Nikkie’s social media outlets to share their condolences and offer support to Nikkie.

to my biggest hero, Mikai. now you can finally rest ❤️ pic.twitter.com/Fp2JTzIrqk

On June 10, 2018, Jager posted an emotional video in honor of her little brother, who loved the color red. The video is titled, “Makeup Therapy! Red for my Little Brother.”

The description of the video explains that Nikkie and her family are facing a hard time right now. But Nikkie’s spirits are always up, and Mikai was one of her biggest fans. As she started to tear up talking about his death, she composed herself and revealed instances where she could literally feel her little brother’s presence. She said makeup is like therapy for her and is the one thing that keeps her thoughts from running wild.

In the video, Nikkie explains that since Mikai passed away, she could not think of makeup for a couple of weeks and thanked her viewers for giving her the privacy and time she needed.

But she missed makeup and Mikai was extremely proud of her YouTube channel. Nikkie explained that Mikai would often observe her stats, subscribers, and even advised her on certain things.

And with Nikkie Jager’s YouTube channel hitting the 10.0 million subscriber mark, she feels that her little brother had something to do with it.

In the video, Nikkie explained that at Mikai’s funeral they had balloons. The moment they let go of the balloons in honor of Mikai, her manager informed her that it was at that moment that the Nikkie Tutorials YouTube channel hit 10.0 million subscribers! Nikkie felts that it was a sign that Mikai is still looking after her.

How Did They Learn About Mikai’s Death?

Mikai passed away at 4:00 a.m. a couple weeks ago, but it was a strange night when it happened. Nikkie explained that her mother has a Labrador named Bowie, and at around 3:40 a.m., Bowie (who always sleeps like a rock through the night) began barking hysterically. Thinking that maybe Bowie needed to go to the bathroom, Nikkie’s mother let her out.

However, Bowie didn’t have to pee or do her business. But instead, she just continued to bark and was acting very strange. When Bowie calmed down a little, Nikkie’s mother went to tell her husband about Bowie’s strange behavior, and at that moment the phone rang. It was that phone call when Nikkie’s mother was informed that Mikai had passed away.

In the video, Nikkie also explained that she too was awake on that particular night. A friend was over to keep her company during the difficult time of her brother’s final days. That’s when, again, at about 4:00 a.m., the neon lights in Nikkie’s bedroom began to flicker, some getting brighter and then dimming. She said it felt like somebody was messing around with them.

Jokingly, Nikkie thought to herself that it was Mikai letting her know that he’d passed. It was in that moment that Nikkie’s mother came in to inform her about Mikai’s death.

Nikkie strongly believes that everything happens for a reason. She also feels that whatever strange co-incidences that took place that day was Mikai giving them a sign.

Nikkie finished the red makeup look in honor of her brother, and in the end, she stated that the look was dedicated to Mikai. She tried hard not to cry and said that she misses him and will always love him.

Additionally, she urged her followers to wear something red in their makeup in honor of Mikai, maybe an eyeliner, lipstick, eye-shadow, or even blush. Nikkie also asked them to tag her on Instagram or send her the finished look on Twitter.

A lot of Nikkie Jager’s followers have empathized with her and followed up on her request by wearing something red in their makeup. The response and support was overwhelming!

Love you Nikkie. ❤️ So sorry for your little brother. #redformikai ❤️ pic.twitter.com/JR7UKTOvpJ

Something for honor of your brother Mikai ❤️ Nikkie, we are here with you, stay strong and lots of love from Poland ?? pic.twitter.com/OBjebn0Xxl

In case, you have not yet watched the makeup tutorial video, then feel free to click on the video below.

RED FOR MY LITTLE BROTHER! ❤️ it’s time for a little makeup therapy session,, I hope you enjoy! https://t.co/p9NpegR3th