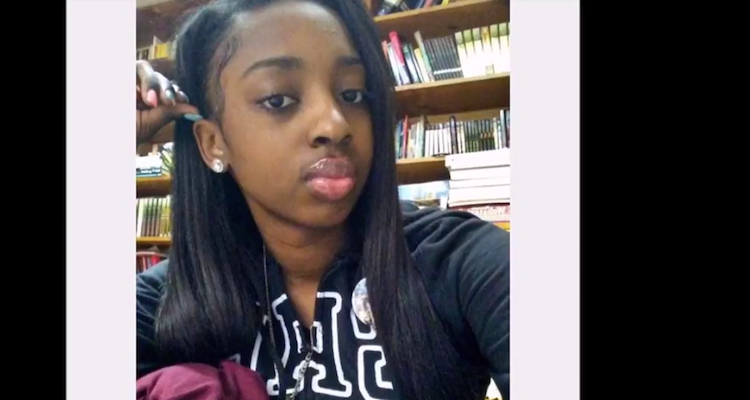 The Alleged Kenneka Jenkins Video: Walking into the Freezer

After much speculation, unanswered questions, and conspiracy theories, we finally have a description of what might have happened to Jenkins on the night of her death at the Crowne Plaza Chicago O’Hare Hotel. However, instead of the family being the first ones to see the Kenneka Jenkins video, Andrew Holmes, a Chicago community activist who worked with the family and other police agencies, informed the Chicago Tribune that Rosemont police showed him the hotel footage. Holmes said that Jenkins, 19, was waiting in the hotel lobby after her friends went up to the room where they were partying. She later took the elevator to a lower level and wandered around in a “disoriented state” and opened different doors. Holmes later revealed that Jenkins opened the two doors to the freezer, stepped in, and was never seen again in the video.

Holmes stated that he believed no one else forced Jenkins into the kitchen freezer, where she died and was later found on Sunday morning. Although, the family is still waiting on toxicology reports to see what could have been in her system at the time.

Judging by the video description, Holmes’ explanation doesn’t match Martin’s belief that Jenkins had been murdered, which online observers speculated about for days. Also, later on Thursday, another protest erupted with Jenkins’ mother, Tereasa Martin, in front of the Crowne Plaza, where Martin said she was misrepresented by the activists who called the media conference.

“He came out of the blue and acting … like he was a friend,” Martin said about one of the activists. “But he calls me this morning and says, ‘Oh the hotel is not making any money. I think you need to go online and stop the protest.'”

Rosemont police rep Det. Joe Balogh said that the department released the video of Kenneka Jenkins to her family, as well as the Cook County Medical Examiner, which has yet to conclude her cause of death. The hotel also offered to pay for the funeral costs for the family.

“They will now be able to view this footage at their convenience yet still have the opportunity to come to the police station at any time to discuss or review the footage with investigators. The video has been released to the family now to allow them ample time to review this video footage prior to it being released to the public,” the police said via Hollywood Life.