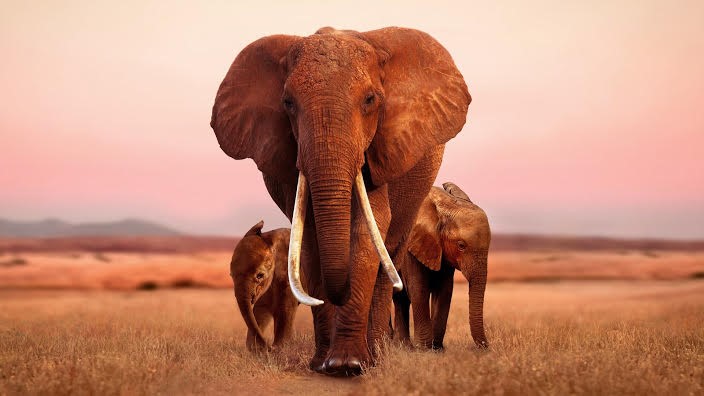 Although Victoria Stone and Mark Deeble shared their lives with elephants for 25 years, they didn’t think of making a documentary until a devastating drought brought them closer. It’s their first time at TIFF, and the directors want to see how people will respond to their wildlife documentary, The Elephant Queen.

The Elephant Queen surely looks like a promising documentary, and Victoria Stone and Mark Deeble are certainly not new when it comes to making documentaries on wilderness. With so many artists, directors, and producers gathering together at TIFF 2018, this is the right opportunity for the directors of The Elephant Queen to flaunt their talent.

We got the opportunity to talk to Victoria Stone and Mark Deeble about their latest project. So, take a look at our exclusive interview with them here!

1. Firstly, where did the original idea behind creating The Elephant Queen come from? What drew both of you to tell Athena’s journey on the silver screen?

We’d lived around elephants for 25 years but never really focused on them. They were part of the African wilderness tapestry; occasional encounters, chance sightings. It wasn’t until a devastating drought occurred that we really filmed them for the first time and that first contact drew us in.

The more we discovered, the more excited we became. Then along came Athena, an extraordinary matriarch. And it was through a chance encounter with her and her family that we knew we had found our star, our leading lady.

2. When we, as viewers, watch a documentary, we don’t tend to realize we are seeing something that probably spans weeks in reality, over minutes on the screen. What is the process and what goes into filming a nature documentary before it is condensed into a cinematic piece?

I don’t think of The Elephant Queen as a traditional wildlife documentary. I feel it is a story from the wild. Some of the scenes might be separated by weeks or months but they need to fit seamlessly together to tell the story. It took us four years in the field to film.

Sometimes a sequence just flows, and you get it all within a few minutes. At other times, you might wait a year or more for a shot that you need to make a sequence work. We edit as much as we can in the field to try and keep on top of it, and a shot-list that we are constantly updating.

3. Personally, what attracts me to The Elephant Queen is that these gentle giants are a lot like humans, but we humans have a lot to learn from them! What similarities (or differences) do you see between humans and animals when you’re up close with them?

We are only different by a matter of degrees. Elephants are so like us that it is uncanny and once you get to know them, you can read them like we can read each other. You get to know when they are content, or mischievous, or angry.

I like to think that elephants exhibit many of our finest qualities but few of our worst. They are a matriarchal society; the oldest females lead the families. They are the wisest and most experienced and that makes them the most valuable. They are the leaders on whom the others depend.

4. How does The Elephant Queen differ from your previous works like Queen of Trees, Tale of Tides, or Mzima? Or do they all connect in some way?

I like to think that they all show an intricate circle of life … it’s a dependency that we never expressly say but try to show. There is a theme of natural connectivity that runs through them all.

Everything is important, in ways we might never fathom. It underpinned the whole story of the fig wasp’s association with the fig tree. I love the fact that so much of tropical Africa rests on the shoulders of what appears at first sight to be a tiny insignificant insect.

Elephants are the same; they don’t live in isolation but are at the center of an extraordinary wheel of life. But they are so big and obvious that it is an aspect of them that is almost completely overlooked.

5. What were some of the biggest challenges you faced while filming?

I think keeping our vision for the eight years it took to make the film. We faced constant physical challenges, but it was the mental ones that were hardest.

We are lucky enough to have a fantastic, small, dedicated team working with us. In the field, we are like a family, relying on and supporting each other.

6. On to some things about yourselves. How did the two of you meet?

We met in our early 20s learning to dive. I was finishing an M.A. in Fine Art Photography, and Mark, a degree in zoology. We shared a common passion in diving, which led to us working together.

When I say it like that it sounds simple, but it wasn’t! It omits years of self-taught struggle. But it was (and continues to be) an incredible journey that we have shared.

7. I understand you had a close friendship with Alan Root. Has he influenced your work? How so?

In my opinion, he was the world’s finest wildlife filmmaker; a complete original, a maverick, who was an outstanding naturalist, a consummate wordsmith, and a brilliant mimic and raconteur.

It was all combined with a humor and sensitivity that made him an extraordinary filmmaker. His classic films that he made with his partner, Joan, stand the test of time: the year of the wildebeest, castles of clay, a season in the sun.

We were privileged to have known him and worked together for almost three decades as a colleague, mentor, and close friend.

8. What’s it like raising a family while living in the African wild?

It feels completely natural (if you don’t obsess about it!). Instead of watching out for traffic, you have to teach children to be aware of crocodiles and buffalo—a buffalo can run you down just as easily as a truck!

We raised our children in camp (a 25-meter circle of tents). They were never bored; they played with sticks and stones and mud and termites.

They were immersed in the wilderness. It developed a curiosity and ability to think “outside” the box that has remained with them. I’d recommend it!

9. What was the most interesting thing to happen at the camp while filming The Elephant Queen? Were there any wild or scary instances?

We had a wild bull come to camp repeatedly, and there was something different about him. It was almost as if he decided to adopt us.

For months, we wondered what his story might be, and we tried to uncover his past. It was more extraordinary than we could ever have imagined.

10. Will this be your first experience at TIFF? What are you most looking forward to about this year’s festival in Toronto?

It is the first time I’ve been to TIFF. I really want to see how people respond to elephants on the big screen. They aren’t part of people’s lives here. I want to see if people connect. We have lived amongst them for years, so they are almost part of our family and vice versa.

They share so many of our traits, and in many ways, are so like us; they mourn for their dead, they are empathetic, they are sentient. I just hope that we can communicate all of that through the power of story and film.

11. And finally, what advice can you give to other aspiring wildlife documentarians?

Follow your heart, and don’t give up! It’s a tough business to get into, but you won’t ever regret it, because through your actions, you can make a difference to this planet.

We need people to champion wildlife and communicate about it and the environment like never before.