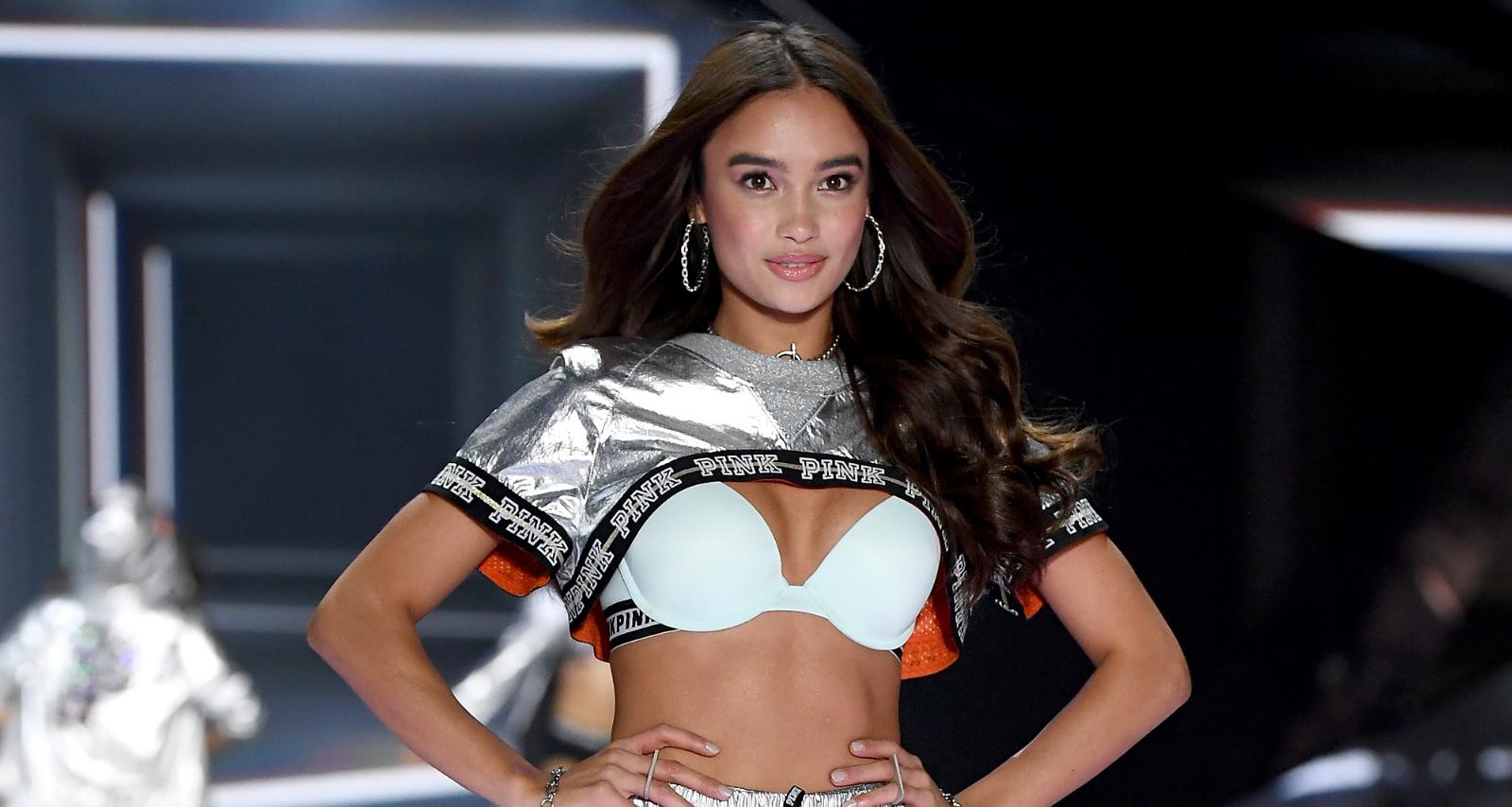 Kelsey Merritt made history when she walked in the Victoria’s Secret Fashion Show 2018 on November 8. She was the first Filipina to be cast in the show, which was taped last week in New York. Now, Kelsey Merritt is building a large social media following and bringing a lot of attention to Filipino beauty secrets. But her journey to fashion’s biggest catwalk wasn’t without obstacles. Before you catch Kelsey Merritt’s Victoria’s Secret Fashion Show debut when it airs on December 2, we’re turning the spotlight on this young stunner.

She Was Born in the Philippines

Kelsey Merritt was born on October 1, 1996 and is 22 years old. She is of mixed heritage, with her father being white American and her mother, Filipina.

She also has a sister, Keagan, and a brother, Kyle. Judging from her father, Phillip Merritt’s Instagram, he has children from a previous relationship.

Kelsey was born in the Philippines and grew up in her mother’s hometown of Pampanga. She graduated with a bachelor’s degree in communications from Ateneo de Manila University.

The 5’9” beauty was already a major sensation in the Filipino modeling world when she moved to New York in 2017. She’s signed with Supreme Management in New York and Paris, Women Management in Milan, Wilhelmina in London, and Nomad in L.A. and Miami.

However, when she was cast in the Victoria’s Secret Fashion Show 2018, she seemed to have the support of everyone but many of her fellow Filipinos.

Also Check: 5 Hottest Pics of Bella Hadid and Gigi Hadid from VS Fashion Show in 2016

While Merritt’s casting was seen as VS’ much-needed step towards diversity, many Filipinos thought that she was too “white-looking” to identify as a Filipina. Many social media users took jabs at her Eurocentric looks and multiracial heritage to say she got cast because she looks no different from other white VS models.

Merritt took to Twitter to stand up for herself. A loose translation of her tweet reads: “I was born in the Philippines and I grew up in Pampanga. I finished my school in Manila before I moved to the U.S. last year. My blood is more Filipino than the ‘pure’ who have never set foot in the Philippines.”

Indeed, Kelsey Merritt is proud to represent the Philippines on the international runway. And her casting is still groundbreaking, considering VS has never cast a model from the Philippines before.

She also has a lot more supporters in her corner. Many laud her achievement and believe she’s opened the doors for more Filipino models in global fashion. Others point out the double standards where the most popular Filipino celebrities are multiracial with European features, but it doesn’t negate their achievements.

British-Malaysian Henry Golding’s casting in Crazy Rich Asians was also met with similar criticism. However, both Golding and Merritt take pride in their biracial heritage and are breaking down barriers for more Asian representation in the entertainment and fashion industries.

A few critics won’t deter Kelsey. Most recently, she has put Filipino beauty secrets on the map with her newest Vogue makeup tutorial. In the video, she shares the easy and inexpensive makeup hacks that got her cast in the Victoria’s Secret Fashion Show.

FYI, she’s known to do her own makeup for a few events. She often shares her makeup tips on Instagram.

The fact that she doesn’t just grow the aloe vera, but also uses it as a hair conditioner makes her even more charming. She’s a huge advocate for body positivity and embraced her stretch marks on Instagram.

Her Boyfriend Is an Olympian

Kelsey not only bagged the Victoria’s Secret wings when she moved to New York, but she also found love. The model is dating Conor Dwyer, who you probably recognize as an Olympic gold medalist.

In love in @moncler ?

It’s not clear when they began dating, but they made their relationship Instagram official in August. Their first public appearance as a couple was at the Vanity Fair party in September.

Twenty-nine-year-old Dwyer is a competitive swimmer who represented the U.S. with Michael Phelps, Ricky Berens, and Ryan Lochte in the 2012 London Olympics. He was part of the U.S. 4 x 200 men’s freestyle team that won gold in the 2016 Olympics.

Merrit and Dwyer seem to have a long distance relationship, given that he lives in L.A. In October, Kelsey shared via Instagram that she traveled from New York to Los Angeles to surprise Dwyer. It also appears that Dwyer visits her in New York. He did make the trip to support Kelsey’s VS debut.

The trans-coastal journeys are probably little effort for this couple who appear to love traveling together. In 2018, they’ve traveled to the “happiest place on earth” aka Disneyland and Tokyo, Japan.

Also Read: What Is Kendall Jenner’s Net Worth in 2018?