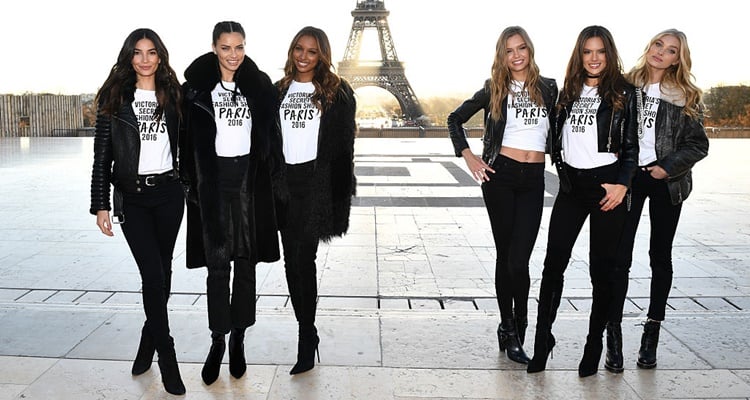 The Victoria’s Secret Fashion Show is the biggest and hottest runway event of the year! Millions of people tune in to watch the lingerie brand’s mega event, and each year it seems to only get bigger and better!

Victoria’s Secret is in Paris for the First Time!

The brand posted pictures of the 51 beauties boarding the Victoria’s Secret private jet to Paris, all sporting white skinny jeans and pink shirts with “Victoria’s Secret 2016” written on them. Once in Paris, the girls were straight to work, swapping out their pink shirts for white ones, layered with black bomber jackets, and posing for cameras. Fresh on their flight, the brood of Angels posed at the Grand Palais as the sun was rising. Veteran Victoria’s Secret Angels Lily Aldridge, Adriana Lima, Jasmine Tookes, Josephine Skriver, Alessandra Ambrosio, and Elsa Hosk took playful pictures in the sunrise with the Eiffel Tower in the background. 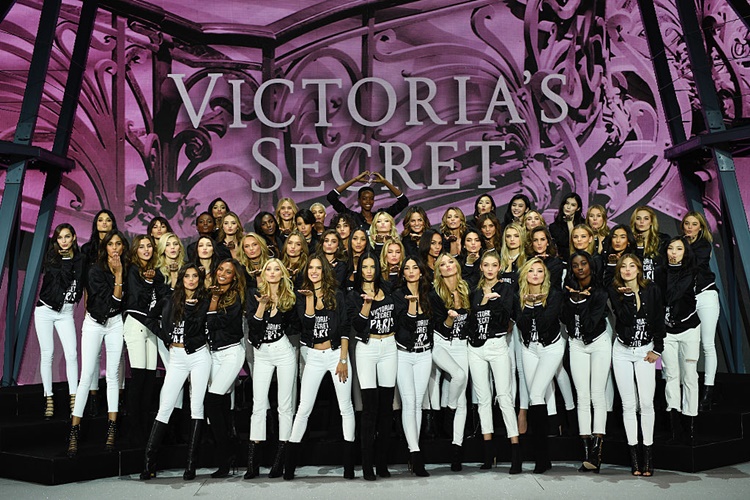 On December 5, the models strutting down the stage, which is set up at Grand Palais, so right now, they are busy with rehearsals, fittings, and most importantly, getting their wings prepared!

The Victoria’s Secret Fashion Show has always been about the costumed lingerie, entertainers, no-expense-spared stage designs, and of course, the models. This year’s stage is designed with the intent to show off the opulence of the Grand Palais and the beauty of Paris.

A short film on the Victoria’s Secret web site teased that the show has a Marie Antoinette-style theme called “A Very Private Affair.” The show’s theme is divvied up into segments every year. The 2016 show will debut the latest Pink collections through six segments, namely, The Road Ahead, Dark Angel, Secret Angel, Pink Nation, Mountain Romance, and Bright Night Angel.

Who Will Wear the Victoria’s Secret Fantasy Bra?

Jasmine Tookes was only made an official Angel a year ago, and she’s now won the honor of wearing the showstopper for the biggest fashion event of the year. Tookes will sashay down the Grand Palais runway in this year’s Bright Night Fantasy Bra! The crystal-encrusted lingerie piece is designed by Eddie Borgo and is worth a whopping $3.0 million!

Another eye-catching creation this year will be the custom-made Victoria’s Secret Swarovski look. The 23-year-old Danish supermodel, Josephine Skriver will wear the sparkling ensemble. It is encrusted with 450,000 Swarovski crystals with sleeves that weigh 10 pounds each, matched with sparkling thigh-high boots.

The Victoria’s Secret Fashion Show is one of the biggest events this year, so make sure you tune into CBS on Monday, December 5 at 10:00 p.m. EST for the full show!

Everything you wanted to know about the #VSFashionShow, all in one place: https://t.co/VagBsZNrLm pic.twitter.com/4PsVo5cnIi