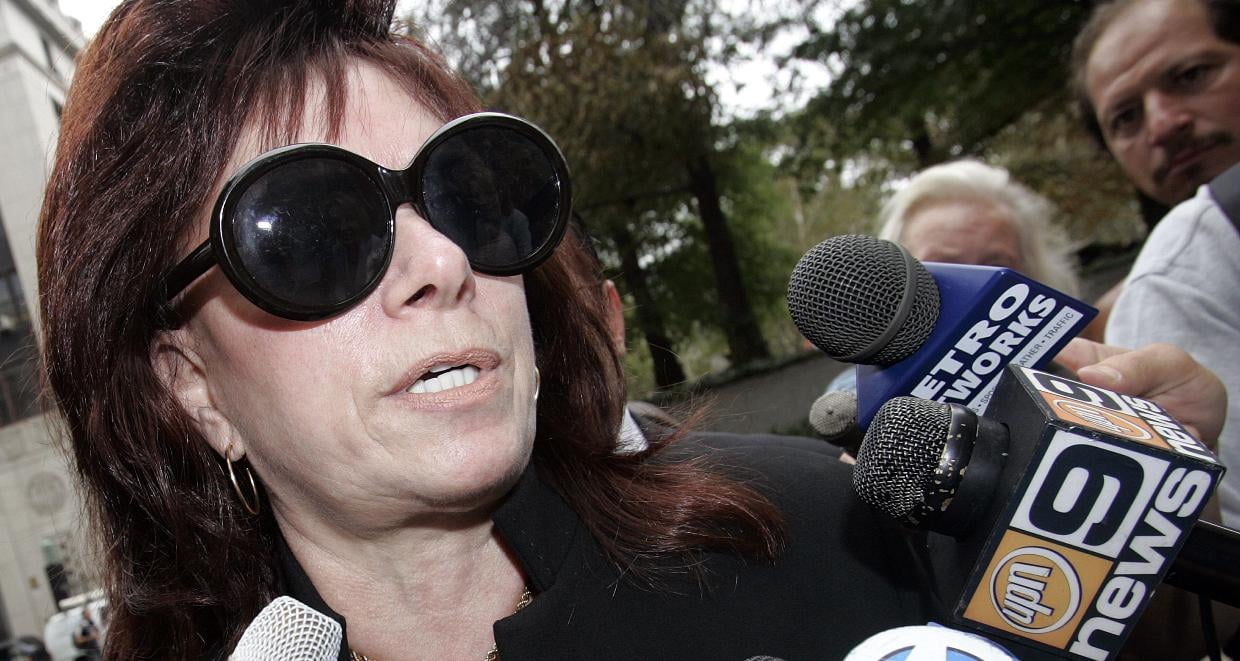 Victoria DiGiorgio Gotti is the ex-wife of the notorious mob boss and head of the Gambino crime family, John Gotti, who died back in 2002 from throat cancer. Apart from being hated because of her husband, who failed to give her and his family a steady life, she is also known for braving the Gotti family media storm, which she and her children faced after John Gotti was incarcerated.

Half Russian and half Italian, Victoria DiGiorgio Gotti and her family settled in America for a better life. She reportedly met John Gotti at a bar back in 1958. The flamboyant mob boss was instantly smitten with DiGiorgio, and the couple got married in 1962.

Although she was married to one of the head crime bosses of the ‘60s, the family lived a lower-middle-class lifestyle with traditional values. And according to DiGiorgio, she loved her husband, no matter the nature of his job!

We have more about John Gotti’s wife with details from Victoria DiGiorgio’s wiki.

Victoria DiGiorgio was born December 5, 1942 in Brooklyn, New York, to a mother who was a Russian Jew and an Italian father from Russia. This actually goes against conventional wisdom which states Victoria’s father was an Italian Jew.

DiGiorgio was raised in Brooklyn and Queens and comes from a broken home. She was two years old when her parents decided to call it quits on their relationship and separated.

It was also reported that she inherited close to a million dollars from her mother.

In an interview in 1999, DiGiorgio spoke of the times she and Gotti would spend their days at the racetrack. She said that he would give her $50.00 to bet on horses, but as a diligent housewife, she would only bet $20.00 and save the rest for home expenses.

It was at those times he would tell her that anyone who saved that kind of money had to have Jewish blood in them. And in fact, her father was not Jewish at all!

“And that’s how it all came about that everyone thinks my father was Jewish. He was from Russia, but he was not Jewish, although, if anyone thinks I am, I’m not complaining,” DiGiorgio told the New York Post.

A quiet but straight-talking woman, Victoria Digiorgio Gotti was a housewife for the 42 years she was married to crime boss John Gotti.

In March 1980, a 12-year-old Frank Gotti was riding his friend’s mini-bike when tragedy struck. He drove out onto the street and was hit by a car driven by neighbor John Favara.

Favara had been drinking and was driving erratically. He ran over the boy and dragged him for about 200 feet until neighbors pounced on the hood and stopped the car.

Witnesses recalled how Favara came out of the car upset and screaming that the boy was not supposed to be on the street in the first place. Favara had been yelling, “What the f— was he doing in the street to begin with. Whose f—in’ kid is this?”

Frank Gotti lost his life that night. And four months after his death, Favara disappeared.

DiGiorgio went into depression and was suicidal after losing her son. She was practically bed-ridden for a whole year after the tragic death of her son.

In the meantime, her husband had tried to cheer the family up by taking them to Florida. They heard the news of Favara’s disappearance after their return.

Favara was never found. And although the Gotti children believe that an associate of their father’s had something to do with it, they are positive that their father was not involved in Favara’s disappearance.

DiGiorgio knew that her husband was on the wrong track and would fight with him all the time. So, she was taken by surprise when her son, John Gotti Jr., also chose the shady mob path.

She and the rest of the family, who were aware that their father was a “crime boss,” were shocked to learn that Gotti Jr. was arrested for gambling and extortion in 1998.

He was the main man of the Gambino crime family, and his own family had not heard a peep about it.

DiGiorgio was furious with her incarcerated husband and would go to prison to talk to him about putting their son’s life in danger, too. They would fight, and she would give him an ultimatum, get their son out of prison or she would never speak to him again.

In 1999, a tape was recorded and obtained where Gotti Jr. had spoken to his father in prison about taking a plea, and DiGiorgio got involved.

She had apparently begged her son to take the plea and later said that it was a mistake.

“This damn ignorant mother******, always looking for somebody to put the rap on, all her life, she’s been doing this…She passes remarks to people that she’d feel better if he’s in jail,” a furious John Gotti Sr. had once said about his wife, Victoria DiGiorgio.

DiGiorgio had said at their son’s bail hearing in 2004, “He took that plea because I begged him to, I’m sorry that he did.”

In 2002, John Gotti Sr. died at a prison hospital after he lost his battle with throat cancer. He was 61.

John Gotti Jr. was in prison up until December 2009. He was released after the 12 jurors assigned to his case announced that they were unable to reach a unanimous verdict.

The judge declared a mistrial and Gotti Jr. was set free after the prosecutors decided not to seek another trial against the son of John Gotti aka the Teflon Don.

In 2013, the younger Gotti was stabbed in the stomach while stopping a fight, allegedly between strangers, in Long Island in a CVS Pharmacy parking lot.

“Junior” drove himself to a Long Island hospital and asked for a doctor. When Nassau County police showed up and started asking questions, he reportedly became uncooperative.

Gotti’s injuries were not life-threatening and he was released the next day.

Victoria Gotti was born on November 27, 1962 and is named after her mother. Many may remember Victoria Gotti from the hit American reality TV series Growing Up Gotti, which aired on A&E from 2004-2005. The show followed the lives of Victoria and her three rambunctious, well-coiffed sons whom she had with her husband, Carmine Agnello: Carmine Agnello Jr., John Gotti Agnello, and Frank Gotti Agnello.

This week I celebrated TWO of my three sons birthdays. Carmine April 8 and Frankie April 12(John to come May 5!) the three of you are truly my beacons in life. “I love love you all to the end of the earth and back”. You three are the reason for my existence. My greatest accomplishments!!!!♥️

She has spoken several times about her family in the past and how her husband was also associated with the mafia. They have been divorced since 2005.

Carmine Agnello and Victoria Gotti’s children were raised with a silver spoon in their mouths, and the show certainly reflected the wealth and luxury Victoria and her sons lived in. In fact, the Gotti sons were the ones flaunting their luxurious lifestyles on national TV long before the Kardashians were doing so!

In 2009, it was said that Victoria received the couple’s mansion as part of their divorce settlement after its foreclosure. She listed the home between $3.2 and $3.5 million in December that year, as she apparently needed the money. In fact, the Gottis were reportedly not as well-off as they seemed.

Upon receiving the mansion, Gotti told the press, “This should finally put to rest all the government lies and rumors that I have $200.0 million buried in my backyard.”

Victoria Gotti’s Instagram is loaded with pictures of her life with her sons and now grandchildren! She has also been posting pictures with John Travolta, who played the role of her father—The Teflon Don—in the 2018 biopic, Gotti.

Singer Pitbull made his debut as a film composer with the film. The cast also includes Travolta’s real-life wife Kelly Preston, Lydia Hull, Spencer Lofranco, and Chris Mulkey, among others.

While John Travolta received positive reviews for his portrayal of John Gotti, the movie itself was panned, with a Rotten Tomato rating of 0%.

Victoria has also returned to TV! She co-wrote the screenplay for Lifetime’s new biopic Victoria Gotti: My Father’s Daughter. The on-demand program gave Victoria (played by Chelsea Frei) a chance to set the record straight on a number of myths, rumors, and misconceptions about her life and the complex relationship she had with her father, John Gotti.

The movie is actually loosely based on the younger Victoria’s 2009 book, This Family of Mine: What It Was Like Growing Up Gotti.