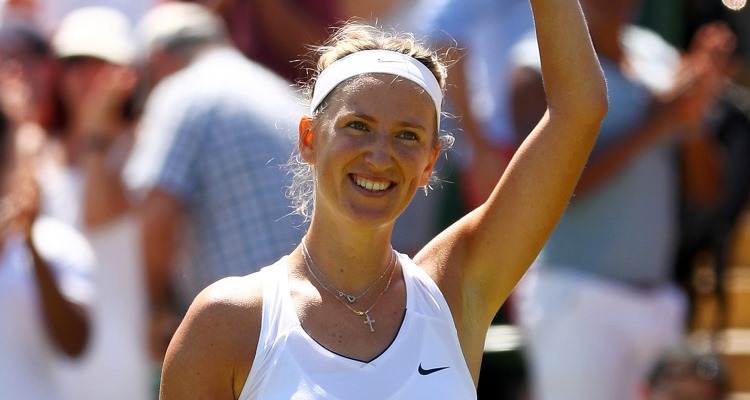 Victoria Azarenka’s baby isn’t just an adorable little boy we’ve all been fawning over—he’s the reason she’s taken a stand against Wimbledon organizers! Azarenka gave birth in December 2016, and has since been vocal about how tough it can be for new moms to make their return to the court. Recently, she’s spoken out about the difficulties that come along with competing at Wimbledon. Regardless of her hectic schedule and slew of work commitments, she still finds the time to spend quality time with her son, Leo. In true proud new-mom fashion, Victoria Azarenka’s Instagram feed is flooding with pictures of her 7-month-old baby boy—and we can’t blame her! For more on Azarenka’s stand for new mom athletes, keep on reading!

Calling Out Wimbleton on Behalf of the New Moms

Playing only three matches since giving birth in December, Azarenka was less than enthused about her rather late time slot for her first-round Wimbledon match. She complained that she has to spend hours hanging around the All English Lawn Tennis Club waiting to find out what time her match would be. It didn’t start until after 7PM, and she took just about an hour and 45 minutes to defeat USA’s Catherine Bellis. After not being able to see her young son all day, Azarenka said that, “I had to be here the whole day, which is, for a new mom, is a little tough. Hopefully I won’t play like this again.” She went on to criticize the late time slot, mentioning that as a result she was unable to keep little Leo with her at the grounds, where there’s a creche for the player’s children. “It’s tough to know what time I was going to play, and this is way past his bedtime. So I wouldn’t do that to him,” she added.

Victoria Azarenka is coming back from her pregnancy and childbirth to compete at the highest level, and is undoubtedly setting an example for young women across the globe. She acknowledged the disadvantage of female tennis players, saying that, “The guys have the luxury to never stop their career and for girls it’s tougher.” However, she accredited fellow athlete Kerri Walsh with being her motivation to continue to play her sport even after giving birth saying, “One of my biggest inspirations was Kerri Walsh that came back after three kids and still playing for a gold medal. Nothing is impossible. For women, that’s definitely true.”

Serena Williams is another major tennis player, and soon-to-be mom. With more female tennis players giving birth and returning to the game, fans may see more widespread accommodations for these new moms. When Azarenka was asked about her advice for Serena post-birth, she said: “I think especially in pregnancy, it’s so hard to give someone advice, because it’s so individual. But I always say that whenever she asks me for my opinion, I give it to her in person, and in private. She has a little bit before, so I will just keep it private.”

Not letting her hectic schedule get the best of her, it seems like this new mom has got her work-life balance down pat! Victoria Azarenka’s son has been the subject of many of her latest Instagram posts much to our delight—and we can’t get enough of adorable baby Leo! Keep on scrolling to see some pics of this unbearably cute family!

Azarenka dotes on her growing boy, on Mallorca Island.

A moment frozen in Mallorca, as mommy and Leo say goodbye to the beautiful island.

Thanks to everyone for such a great time and hospitality in Mallorca! Everyone is so nice and helpful at the tournament! We loved the island very much. Will definitely be back 🙂 ❤️

Could a rooftop swim get any cuter? We didn’t think so.

After practice I get to do this #blessed quality time with ?? #KingLeo loving the pool, not a fan of cold water tho just like me ?

If Leo’s inherited any of his mom’s athletic genes, he’ll be #1 at anything he tries!

I guess my practice is not as interesting as eating your first credential ever! Leo decided to make it to Aorangi park just to chill on a beautiful grass on a sunny day! Will keep all white outfit for next week ? #bringyourbabytoworkday??