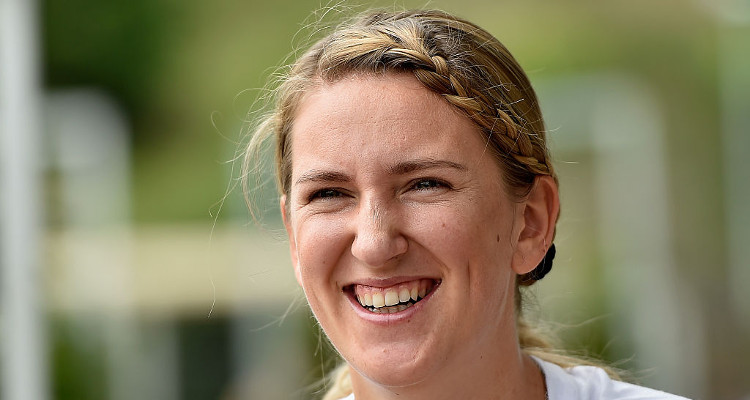 Victoria Azarenka is thanking the stars for her understanding boyfriend, Billy McKeague. He takes care of their baby while Azarenka is busy demolishing her opponents as she makes her comeback. McKeague has put his own career on the back burner as he helps Azarenka with hers.

Victoria Azarenka is a happy woman. She has a newborn son, a supportive boyfriend, and is making a stellar comeback after giving birth. As she continues her professional tennis playing career while taking care of her son, people can’t stop wondering about the father of her baby. They are curious to know about Victoria Azarenka’s boyfriend, as not much has been revealed about him. His name is Billy McKeague, and he is the man in Azarenka’s life. Here are some details from Billy McKeague’s wiki.

Quite the Athlete Himself

Born in St. Louis, Missouri, Billy McKeague’s age is 27. He is 6’1” and an athlete, just like his girlfriend. He played hockey in both high school and college. McKeague was a member of the Chaminade Red Devils Hockey team and also the University of Missouri team. He moved to Hawaii after graaduating, and according to sources, he traveled to Hawaii where he worked in upscale resorts as a golf pro. This was when he and Azarenka met, as she was visiting friends. They now added a little bundle of joy named Leo to their happy family.

Billy McKeague loves Azarenka and calls her “V.” He is a fun loving and adventurous person who loves hanging out with his friends. McKeague works hard, but still takes time out for himself. He goes to Las Vegas whenever he can, and has a blast. He loves cooking (another reason Azarenka likes having him around) and has no qualms about doing chores around the house.

McKeague is the kind of boyfriend most girls dream of. Though they are not married, McKeague’s concern and care for his girlfriend and son would put most husbands to shame. He put his own career on the back burner and is helping Victoria Azarenka in every way he can, especially when it comes to taking care of the baby. Azarenka says “I have a nanny, but she is not here for the moment. So obviously my boyfriend has been helping me out. He loves being a dad and spending time with Leo. It’s fun.” She thinks of her boyfriend’s presence as a blessing as he is a big help while she is tied up with her career on the court.

There is no information about Billy McKeague’s net worth, but considering he has worked at some really expensive resorts in Hawaii, it must be substantial. Right now, he is busy tending to his son and being a pillar of support for his girlfriend. We wish the happy family all the best for the future.