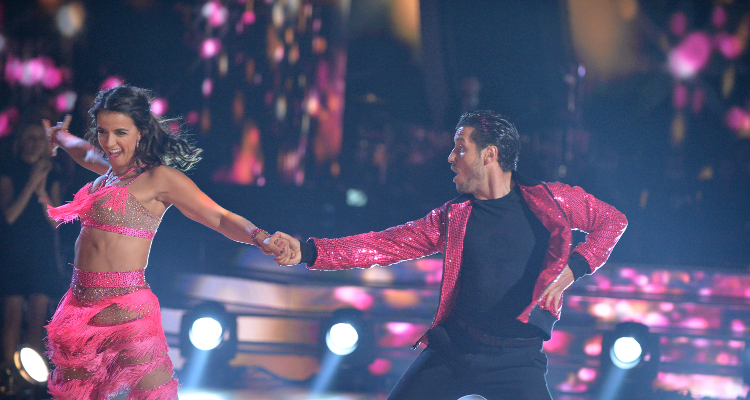 Victoria Arlen’s story is full of courage and steely determination. She was once paralyzed and in a vegetative state, and is now a Paralympic gold medalist doing the tango alongside her professional dance partner, Val Chmerkovskiy, on Dancing with the Stars. Although her doctors wrote her off, Arlen fought back to prove that, with hope, dreams, and willpower on your side, you can achieve anything. We admire her courage and bravery and hope things only get better for her!

Born on September 26, 1994, in Boston, Massachusetts, Arlen’s age is 23. She is currently a TV personality for ESPN as well as an actress, speaker, model, and former Paralympian swimmer. When she was just 11 years old, Arlen was diagnosed with two rare diseases: Traverse myelitis, and acute disseminated encephalomyelitis. To her and her family’s horror, Arlen quickly lost her ability to eat, speak, walk, and move and was reduced to a vegetative state. Doctors said there was little chance of recovery and Arlen spent nearly four years “locked” in her own body. Even though she was aware of what was going on, she was unable to move or communicate with anybody. Her doctors gave up, but brave and determined Arlen didn’t.

In 2010, at the age of 16, Arlen began to re-learn basic things like how to eat, speak, and move. Her doctors were amazed at these first stirrings of recovery and Arlen found a glimpse of light at the end of the tunnel. She participated in the 2012 Summer Paralympics in London representing the U.S. where she won four medals, one gold and three silver. In April 2015, she joined ESPN as a sportscaster becoming one of the youngest in the network’s history. Then, the incredible happened: Arlen learned how to walk again after being paralyzed from the waist down for almost a decade. She now joined the cast of Dancing with the Stars season 25 and has already put on a couple of fantastic performances.

Tango in the Night

On Monday night (September 25) , Victoria Arlen and Val Chmerkovskiy performed a passionate tango to Taylor Swift’s hit single “Look What You Made Me Do” and blew away the judges. They received a commendable 24 points out of 30 and co-host Erin Andrews couldn’t help but ask how Arlen was getting on without the ability to feel her legs, to which the contestant replied “I’m not really sure. I mean, I have an incredible teacher, Val. He’s just really, really shown me far beyond whatever I thought I was capable of doing, whatever I thought my legs were capable of doing. Two years ago they weren’t even moving, and now they are tangoing because of Val.”

GRATITUDE has always been a saving grace for me. Through the good and the really bad times having gratitude for every moment and every breath has kept me strong. For this entire journey I have made it a priority to take at least five minutes a day to thank God for everything that I'm grateful for. And in honor of @dancingabc 's 25th season I will be posting #25ReasonsWhyImGrateful and I encourage you to share with me and the world the power of gratitude and what you are grateful for. ?? Today and everyday I'm beyond grateful for the second chance at life that I was given 7 years ago. Each day I wake up and take my first breath I can't help but smile and keep that smile throughout the day. ☺️Just take a few minutes each day and remember what you're grateful for… I promise you it'll change your life. ??

Dancing has opened new doors for Arlen as she discovered that she can do many things she thought she was not capable of doing. She became introspective and said, “Last week was absolutely amazing. I saw footage of me when I was really young. It was like I was right back there for that moment fighting for survival. I could feel that fight … Standing on that dance floor was like one of those moments when I’m like, wow I’m really glad I lived.” So are we, Arlen. Way to go!

Dancing with the Stars airs on Mondays at 8:00 pm EST on ABC.