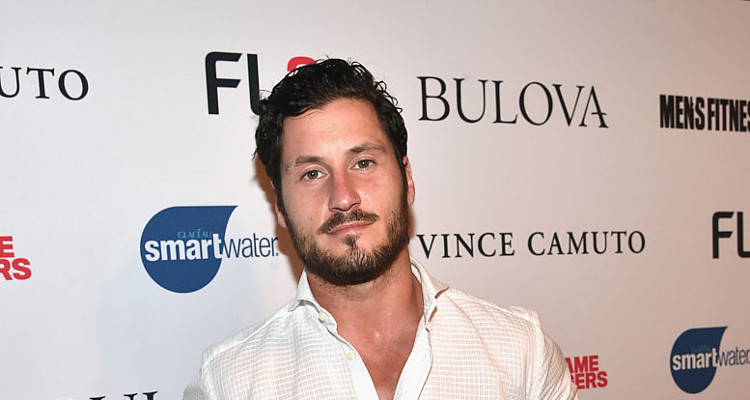 Victoria and Val’s Dancing with the Stars journey continued Monday night. The duo performed a passionate Argentine tango to bring their sizzling chemistry back on the dance floor and impress the judges. Keep reading to know more about Victoria Arlen and Val Chmerkovskiy’s performance.

It’s quarterfinals week on Dancing with the Stars, and the contestants had to bring their A game or risk elimination. Victoria Arlen and Val Chmerkovskiy’s journey was a joy to watch. Arlen’s courageous story and Chmerkovskiy’s effortless skills won them many fans, all of whom are rooting for them to win.

On DWTS’s Halloween night, they performed a beautiful Viennese waltz to “The Night We Met” by Lord Huron, and received an excellent score of 27/30 from the judges. So, what happened on last night’s episode?

Get all the details from the couple’s latest performance right here.

On Monday night’s episode, Victoria and Val’s Dancing with the Stars song was the upbeat “Down” by Marian Hill. Pulling off an Argentine tango is no easy task, and the chemistry had to be on point. But, despite Arlen’s painful hip spasm during rehearsal, they both did well.

The duo already performed a tango this season to Taylor Swift’s “Look What You Made Me Do.” And just like last time, they received 24 points after judge Len commented on their “smoldering intensity.” Meanwhile, Bruno said that although their technical skills were good, they need to “act the part.”

.@Arlenv1 and @iamValC let nothing get in the way of slaying with an Argentine Tango! ?#DWTS pic.twitter.com/bWRzFelJCC

It was Trio Night on the show, and Arlen invited fellow Olympic gold medallist Laurie Hernandez to join her and Chmerkovskiy in a magical and heartwarming performance. The three jived to “Magic” by B.o.B for which they received 24 points.

After Terrell Owens and Cheryl Burke’s elimination last night, five couples, including Arlen and Chmerkovskiy, now move on to the semifinals.

As Arlen and Chmerkovskiy work hard on their choreography to impress the judges and mesmerize viewers, it’s been amazing to see how far they have come.

Victoria Arlen’s life story is one of bravery, beating the odds, and overcoming adversity. After being in a wheelchair for most of her childhood and only starting to walk two years ago, this young, vibrant star has exceeded everyone’s expectations.

Arlen is also a Paralympic gold medallist, and one of ESPN’s youngest on-air stars. She has been winning hearts with her incredible determination to overcome life’s challenges. And, her appearance on DWTS adds one more jewel to her tiara of accomplishments.

As the competition heats up, everyone is excitedly waiting to see who this season’s Mirrorball winner will be. And Arlen and Chmerkovskiy are among the best contenders.

TeamViva—as they are known on social media—are now on to the semifinals. And, we can’t wait to see the beautiful performances they have in store for us.