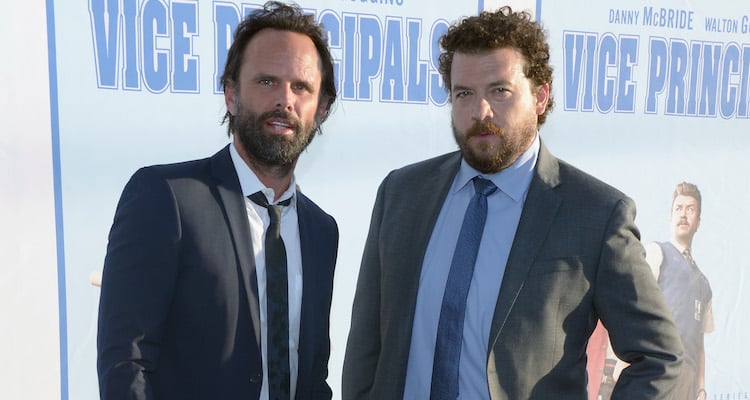 Yesterday, we witnessed the end of Vice Principals season 2. It was outlandish, crude, witty, funny, and incredibly dark, all wrapped up in one awesome television show. With the end of a season comes the inevitable questions. Will there be a season 3 of Vice Principals? Is Vice Principals canceled? We’ll examine all of these questions and more to let you know what’s ahead for Gamby and Russell. Warning, in order to explain the future, we may spoil the past! So, there are going to be a few Vice Principals spoilers in this article. If you haven’t finished the series yet, you may want to bookmark this page until you do. Don’t worry, we’ll wait!

The Vice Principals season 2 finale really ended this season with a smash. Outside of the school exploding, there wasn’t a hell of a lot more they could have done with the end of this season. There were bullets, there were fists, there was even a tiger! How many television shows have a season finale with a tiger on the loose in a school? At the end of the season finale, the show fast forwards three months later. Gamby is now a middle school principal and seems to be in a good relationship with Snodgrass. She is now a published author, while Russell left the education system to become regional manager of all of the Apricot Lane boutiques. In other words, the characters have gone their separate ways and Russell isn’t even involved with a school anymore. What does the Vice Principals ending mean for the future of the television series? Keep reading to find out!

Why did Vice Principals get canceled? By the true television definition, Vice Principals did not get canceled, it just ended! Why would a successful show on HBO voluntarily give up its slot when it could easily have a secure place for another season or two? In order to understand all of this, you have to look at the origins of the show itself.

According to co-creator/writer/actor Danny McBride, Vice Principals began its life as a film script and, while adapted for television, McBride and co-creator/writer Jody Hill approached the series as one long film. A story that has a beginning, middle, and end. In their minds, they only used the amount of time and episodes they needed, which ended up being a total of 18 episodes spread over two seasons. McBride also said in a number of interviews that he kind of wanted to get out while the getting is good, as so many television shows overstay their welcomes and end with more of a whimper than a bang. He wanted Vice Principals to finish up at the top of its game, and clearly, it did!

Sometimes the best-laid plans can end up being changed due to circumstances. In case of Vice Principals, the plans might change due to the cast and crew. They loved working together and the show turned out to be rather successful, so McBride has given thought to revisit the characters of Vice Principals in the future. But if it happens, it may not be for a while. McBride and Hill have their upcoming film, The Legacy of a Whitetail Deer Hunter in post-production and almost ready to hit theatres. The duo is also working on the latest Halloween reboot. So, if they are going to revisit Vice Principals, it looks like it won’t be for a while!