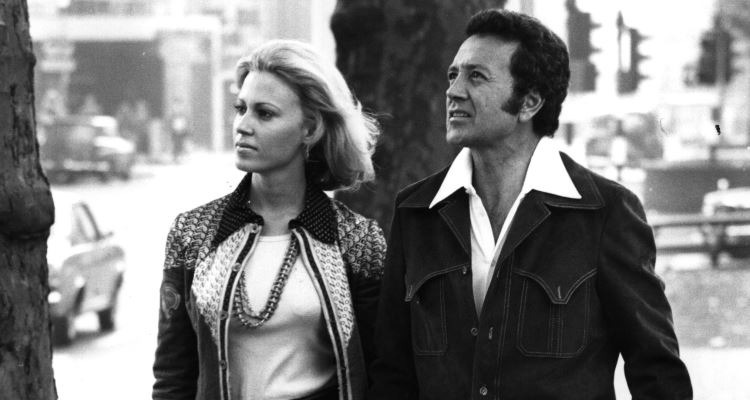 Legendary Sinatra-esque crooner, Vic Damone, died yesterday at the age of 89 due to a longtime battle with a respiratory illness. It was a shock to fans everywhere who heard the news of Vic Damone’s death. But who was the man behind the music? Keep reading to learn everything you need to know about the talented singer, including information on Vic Damone’s net worth and interesting facts about his life.

Vic Damone’s Death: The Passing of a Legend

Famed and beloved baritone singer, Vic Damone, died yesterday at the age of 89. According to his daughter, Victoria Damone, the “On the Street Where You Live” crooner died in a Miami Beach hospital from complications caused by a respiratory illness. Having recorded more than 2,500 songs during his illustrious career, Damone’s musical idol, Frank Sinatra, once famously stated that he “had the best pipes in the business.”

In fact, it was quite clear even early on in his career, that although Sinatra was 10 years his senior (and already an icon by the time Damone had even started singing), Damone was in a class all his own.

His impeccably velvety smooth and flawless vocal stylings are impossible to imitate or duplicate and have never been matched since.

Although he’d been suffering with his illness for some time, there’s no doubt that Vic Damone’s death has caused quite a bit of devastation for his family, friends, and fans alike.

Vic Damone was born Vito Rocco Farinola to Rocco and Mamie Farinola (nee Damone) in Brooklyn. He used his mother’s maiden surname to create his stage persona. From a young age, Damone began taking singing lessons with aspirations to follow in the footsteps of fellow Italian Brooklynite and his hero, Frank Sinatra.

While Damone would never reach Sinatra’s level of popularity and notoriety in the music industry, he certainly had a long string of noteworthy and memorable hits. Damone famously sang the title song of the Cary Grant and Deborah Kerr romantic comedy, An Affair to Remember (1957).

Aside from that, Damone was also known for releasing a number of melodic love ballads, including “You’re Breaking My Heart,” “Smoke Gets In Your Eyes,” and “I Have But One Heart.”

He Took His Destiny into His Own Hands

When Vic Damone was just 14 years old, he was forced to drop out of high school after his father suffered a work-related injury and was incapacitated. Since his father was no longer able to work as an electrician, Vic took a job as an usher as the famed Paramount Theater in New York City, where he would later return as a renowned performer.

It was during one of his shifts that he happened to be in the elevator with another prominent singer at the time, Perry Como. Damone boldly stopped the elevator between two floors and started to abruptly serenade Como to showcase his immense talents! Damone then asked Como whether he should continue his singing lessons to which Como famously replied, “Keep singing!”

That one chance encounter would lead to a lifelong friendship between the two crooners, as Como later referred Damone to several big band leaders. From that point on, a star was born.

Throughout his lifetime, Vic Damone was married five times and divorced on four different occasions. Two of his former wives ended up committing suicide. From 1954-1958, he was married to famous Italian actress, Pier Angeli. They had one son together, whom they named Perry Farinola after Vic’s friend, Perry Como. However, their son passed away in 2014 of lymphoma.

Following that, Damone was married to actress Judith Rawlins, who also committed suicide in 1974. Together, they had three daughters named Victoria, Andrea, and Daniella Farinola.

His third marriage to American entertainer, Rebecca Ann Jones also ended in a bitter divorce and she passed away in 1982.

In 1987, Damone married actress Diahann Carroll but they also divorced in 1996.

Vic Damone’s final marriage was to Rena Rowan, socialite and co-founder of the famous clothing line, Jones New York. This union seemed to be the most enduring and loving one of all; it lasted from 1998 until her death in 2016.

Despite having enjoyed a tremendously successful musical and film career that spanned nearly six decades, it’s hard to believe that by the end of it all, Vic Damone was reportedly only able to amass an estimated $250,000. However, in 2013, it was reported that Damone entered into drawn-out legal battles with Rena Rowan’s two daughters over her estate and fortune.

Fearing that she’d leave everything to Damone (who they claimed had a gambling problem), they claimed that their mother had suffered a debilitating stroke that left her incoherent and of unsound mind. Damone, on the other hand, claimed that his wife was just fine and that her children were just using their hatred towards him to stake a claim on her fortune. In the end, the judge ended up ruling in his favor.

Vic Damone is survived by his three daughters and his six grandchildren.