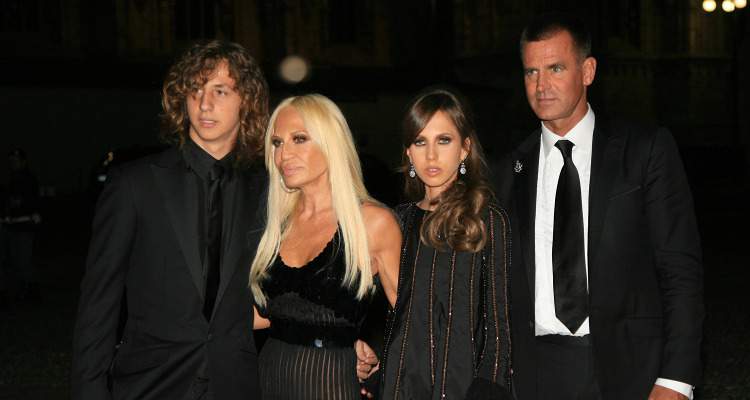 The much awaited, The Assassination of Gianni Versace: American Crime Story is all set to hit TV screens on January 17, 2018. While fans of the family (and the brand) are eager to know everything about the fashion icon’s life and death, Donatella Versace is not happy about the portrayal. Find out more about the criticism below.

It may have been strange for Donatella Versace’s phone to ring with Penelope Cruz on the other end, but she phoned the fashion designer to talk to her about the role she bagged to portray Donatella Versace on screen. At the time, Versace reportedly had nothing negative to say to the Oscar-winning actress and was “happy” it was her. However, she wasn’t entirely enthused about the way her family was portrayed in the series, and said she will not watch it. She did provide a statement about the show and the portrayal of her family following its release. We’ve got the scoop on what Donatella Versace’s statement said and why she’s not happy.

Ryan Murphy put together some great artists for his FX show, American Crime Story season 2, but the Versace family is not happy about it. The plot of the anthology series revolves around the founder and designer of luxury brand Versace, Gianni Versace’s murder.

The family went through enough in reality during the real-life events of the murder, and now, to re-live the same on TV has become a troubling factor. While many already know of the horrifying facts, that Gianni Versace (played by Edgar Ramirez) was murdered in front of his Miami beach villa, Donatella wants to protect her family from all bad publicity.

Penelope Cruz called Donatella in person (prior to saying “yes” to the role), to ask for her permission to play her on camera. According to Cruz, Donatella was very nice to her.

Though Penelope Cruz and Donatella Versace may not be BFF’s, they definitely share the same respect for each other.

Donatella even sent flowers to Cruz just days before the Golden Globes, which reassured Cruz of  her support for the role she played.

What Did Versace Have to Say about the TV Show?

The statement that came from the house of Versace read:

“The Versace family has neither authorized nor had any involvement whatsoever in the forthcoming TV series about the death of Mr. Gianni Versace. Since Versace did not authorize the book on which it is partly based nor has it taken part in the writing of the screenplay, this TV series should only be considered as a work of fiction.”

Ryan Murphy was apparently taken aback at the dismissal of his work. But the FX production team stood by Murphy’s side and released their own statement. They are confident, that like The People vs. O.J. Simpson, the Gianni Versace story is very close to reality, not fiction like some may think.

“Like the original American Crime Story series The People v. O.J. Simpson, which was based on Jeffrey Toobin’s non-fiction bestseller The Run of His Life, FX’s follow-up The Assassination of Gianni Versace is based on Maureen Orth’s heavily researched and authenticated non-fiction best seller Vulgar Favors which examined the true life crime spree of Andrew Cunanan. We stand by the meticulous reporting of Ms. Orth.” Fox 21 Television Studios stated.

Donatella, however, has no interest in watching the show, and has not yet seen any of its filming, either. “’I haven’t seen [the series] nor will I see it, because after all this time it still hurts to see Gianni represented untruthfully.” The vice-president of Versace reportedly said to an Italian daily newspaper.

When Does The Assassination of Gianni Versace: American Crime Story Premiere?

The facts on the show are not only being criticized by the Versace family, but also by Gianni Versace’s boyfriend, Antonio D’Amico. He commented on Ricky Martin portraying him in the show.

“The picture of Ricky Martin holding the body [of Gianni] in his arms is ridiculous, maybe it’s the director’s poetic license, but that is not how I reacted,” he said.

But Donatella did have some conditions on how creator Ryan Murphy portrayed her children, Daniel and Allegra Versace, who she had with her ex-husband, Paul Beck. Murphy said that, as a father, he understood her urge to protect her family, and he listened to Donatella’s requests.

With all this going on even before the show even airs, we only hope The Assassination of Gianni Versace: American Crime Story showcases the never-seen-before details that fans are hoping to see. The anthology series airs tomorrow night at 10:00 p.m EST on FX.