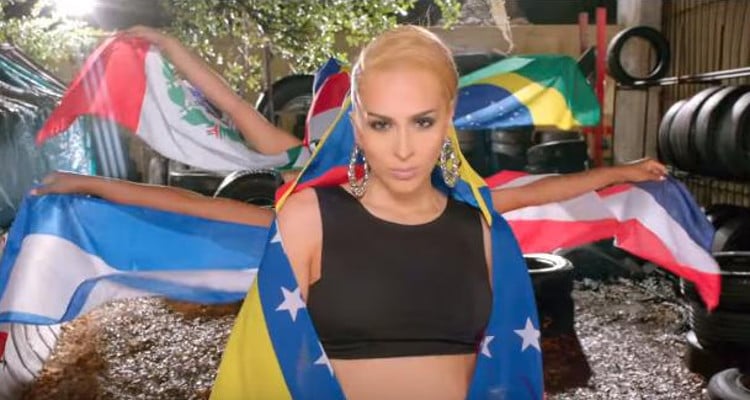 Love & Hip Hop is gaining a lot of attention after its Miami spin-off, and it looks like the VH1 series is here to stay! The franchise is all about the music business and everything that goes with it. With season 1 already well into its fifth episode, fans now want to know more about Latina singer, Veronica Vega from Love & Hip Hop: Miami.

Who Is Veronica Vega?

Born on April 23, 1991, Veronica Vega’s age is 26. She began her singing career at the age of 13 and signed on to become a professional two years later.

The songstress comes from a humble background. She says that she was overweight and unhealthy when she was growing up.

Vega’s lifestyle was the main culprit, but she overcame it soon enough. She met some people who helped her think and live healthily.

Now, she has the body she always wanted, and the artist inspires everyone through social media to do the same. Just head over to Veronica Vega’s Instagram account to see what we mean!

Growing up I always wanted to inspire and help change peoples lives. I always felt so powerful and beautiful on the inside but physically that didn’t translate. Being a Latina, I was taught the more you eat the healthier you are. And being that my parents and grandparents came from humble beginnings wasting food wasn’t an option anyway. Naturally, I trusted my elders… and slowly became unhealthy, overweight, and body conscious. Im blessed to have met key people who taught me what being healthy really is. I learned to eat clean and worked super hard everyday to see a different person in the mirror. I made a decision to focus on matching my interior with my exterior so i can prove to anyone who has any doubt in themselves that ANYTHING IS POSSIBLE. Looking at this photo makes me so proud bc I’ve come a long way. Thank you to all the people who contributed to my blood, sweat, and tears… they hurt so good 😉 #LaBarbieLatina #WICKED3x #VivaLaVega #VegaMundo #Miami

Veronica Vega was born in Florida but has Cuban and Venezuelan roots from her father and mother, respectively. She calls herself La Barbie Latina on Instagram, and her fans agree!

The hip-hop singer makes sure she uses her cultural background to her fullest in her music and her attitude. Although Vega is proud to be Latino, she is also a spirited Floridian and can speak Spanish and English fluently.

Veronica Vega is very professional about her career, which proves that she is a global star in the making. She is currently signed with Polow da Don’s Zone 4 record label. The label itself is a decade old has produced artists like Betty Idol, Keri Hilson, and Ester Dean.

Vega’s best known for her songs, “Pay Me” and “Wicked” featuring Pitbull.

The songstress agreed to join Love & Hip Hop: Miami after a lot of contemplation and discussion with her team. She decided that it was the perfect opportunity for her to promote herself and her music.

The show gave Vega much-needed limelight. It’s only a matter of time before she grows into a legit star in the music world.

Veronica Vega’s new single, “Rich P*ssy,” is about to drop in February. It will be followed by an EP that features artists like Lil Wayne and Jeremih.

Veronica Vega is currently in a hot spot after her argument with Amara La Negra on VH1’s Love & Hip Hop: Miami, which airs Mondays at 9:00 p.m. EST.

The two women got into an argument after La Negra was told by producer Young Hollywood to get rid of her afro hairstyle. He suggested that she switch to a more appealing commercial look.

I'm not liking this producer @truehollywoodstory so far ? #Swipe

Twitter broke with the comment, and now everyone is supporting La Negra. So, where does Vega fit into all this?

Although Vega took a stand for La Negra, the latter felt that it wasn’t strong enough. She says that Vega let the whole issue easily slide by after Young Hollywood apologized about his comment.

VH1 later released a deleted scene where Vega is approached by Young Hollywood to discuss the issue. Vega still stood by La Negra’s individuality, which the singer expresses through her hair.

The two get to talking, and Young Hollywood clarified that Amara La Negra misunderstood him. He didn’t want to embarrass her.

Amara La Negra will check anyone who tells her to tame her afro. pic.twitter.com/fheZ04OxSa