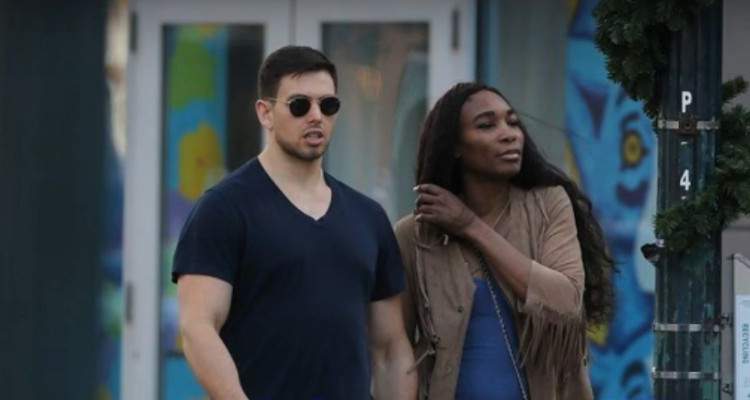 Over the past few months, Venus Williams has been spotted with a handsome young man named Nicholas Hammond. According to sources, he is the 25-year-old heir to the Annenberg fortune, which owns publications like TV Guide and Seventeen magazine. Hammond is a financier and tends to avoid the media, but being Venus Williams’ boyfriend comes with a price. He and Williams are reported to be very serious about each other, and the relationship looks like it could be for keeps!

According to sources, Williams is very serious about her relationship with Hammond. She let the whole world know about it by bringing him to the Australian Open tennis tournament!

Williams was last seen with Hammond in New Orleans, Louisiana, in November 2017, when she attended her sister Serena Williams’ dreamy wedding to Reddit co-founder, Alexis Ohanian. They held hands as they took a stroll in the city, and it did not go unnoticed.

Now, people are curious about this handsome new man in Williams’ life. Keep reading to know more about him in our Nicholas Hammond wiki.

Nicholas Hammond’s age is just 25, which means he is 12 years younger than Williams, who is 37 years old.

Let the games begin! I am playing tomorrow, excitement! I am wearing the @elevenbyvenus epiphany collection, it's beautiful, sporty and fierce!

Hammond is a financier and very secretive about his relationship with Williams, but the tennis star wants the relationship to be out in the open. They have been spotted together at many places in the last few months, and their blossoming relationship has been noticed by people. In fact, Hammond and Williams were spotted having dinner in November 2017 in New York City and looked very happy together.

A source said, “They were cuddled up the entire time they were inside the restaurant, even kissing while waiting to be seated and continuing the affection at their table.”

Also Read:  Venus Williams Net Worth: How Rich is the Super Woman of Tennis

Heir to a Fortune

So, who is this lucky guy that gets to be with one of the most famous sportswomen in the world? Nicholas Hammond is the son of Dana Hammond, a well-known socialite, and her ex-husband, James Hammond.

Hammond’s stepfather is Dr. Patrick Stubgen, whom his mother married in 2007. He is South African and works as a neurology specialist at Cornell University and New York Hospital.

Nicholas Hammond is an heir to Walter Annenberg’s TV Guide fortune, thanks to his great-grandmother who is related to the Annenbergs. The family has ownership of media outlets like TV Guide and Seventeen magazine and is very wealthy. However, sources say that despite accusations, Hammond is not a “gold digger,” as he has plenty of money of his own.

A friend added, “He’s a wealthy financier who goes between California and New York.”

And yes I do love Miami! @alexa_nypost thank you for showcasing the city I love, and the clothes that I love @elevenbyvenus see link in bio

Another person reportedly in the know said, “She’s head over heels for him. And she’s very happy.”

The Relationship Is Definitely Serious

Hammond’s family reportedly owns property all over the United States, and sources told New York Daily News that he took Williams to at least two of the family’s estates.

The sources said, “Nicky has met up with Venus in Palm Beach, where his family has a $20.0 million mansion as well as in the Hamptons, where they have a $20.0 million house.”

Although there is no information on Nicholas Hammond’s net worth, he is very wealthy, according to sources. As an heir, he will have a fortune coming to him later.

Williams is very serious about Hammond, whom she calls Nicky. She even expressed a desire to have kids after seeing how happy her sister is after becoming a mother. Considering how determined Williams is both on and off the court, it would not be surprising if the day comes soon!

Big hair, don't care! I wish I could wear my hair like this in my matches! @alexa_nypost