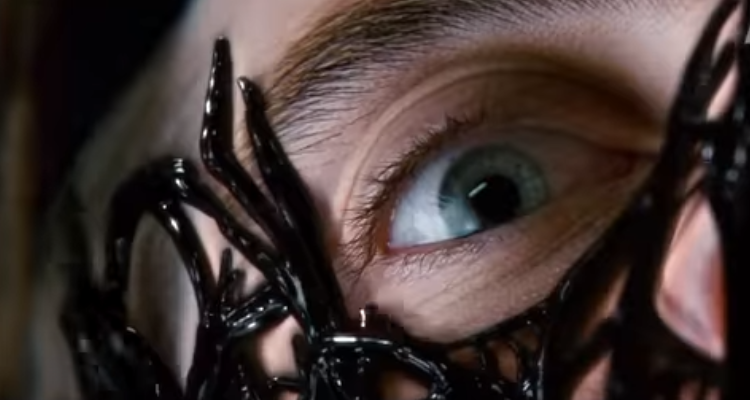 The Venom trailer is finally here and fans are curious to know how the origin movie will turn out! The Marvel Cinematic Universe has been making movies for a decade, while other brands like Sony and Fox have also had their turns recreating Marvel comics on the big screen. But the latest attempt at turning an old character into a new blockbuster has people buzzing. A new trailer was released today, but it has many scratching their heads. If you want the Venom teaser trailer breakdown, then we have what you need.

Is Venom Good or Bad?

If you remember your Spider-Man history (or any of the comics, cartoons, or movies), then you already know that Venom is normally a villain when it comes to the teenage web crawler. Whether the franchise stars Toby McGuire, Andrew Garfield, or Tom Holland, the Spider-Man franchise always shows how their enemies got their start, and this time shouldn’t be any different. Tom Hardy’s Venom will most likely be different than Topher Grace‘s version from Spider-Man, but we’re hoping that’s a good thing, since Grace’s portrayal of Eddie Brock/Venom wasn’t the greatest. (No shade, but shade).

Sometime after the frames of cars crashing, the Golden Gate Bridge, and actress Michelle Williams’ cameo (as Hardy’s potential love interest), we see the infamous Symbiote. For those who are just catching the Spider-Man bug, the Symbiote is from a race of extraterrestrial parasites that feed on the host. It often enhances their own abilities but can also lower their inhibitions, all of which happened when it first bonded with Peter Parker, giving him a black Spider-Man suit. In most versions, Peter discovers that the creature is weakened by sounds and slithers away. Unfortunately for Eddie, the Symbiote finds a new host and turns him into Venom.

In the Venom trailer, we see a man in a black suit in front of researchers, as he unveils a black ooze-like creature contained in a canister. It’s already moving around and wants to break free. If the film takes the direction that we think it will; the Symbiote will find its way to Eddie.

Will Venom Be in the MCU?

While many origin stories show how the heroes or villains are made, they don’t always don their signature costumes. It can take close to the end for this to happen and, if it’s a TV series, it can take up to the last season. Fans got the bare minimum from the trailer (not surprisingly) and the only hint that we get of Tom Hardy’s character turning into Venom is when he was shaking in the lab. He appeared to be the subject of an experiment (much like Hugh Jackman’s Wolverine) but if you look closely, you can see his veins turning black! Shortly after, the screen cuts out and you see a silhouette of Venom’s face. Could the sinister smile and eyes mean that fans will see Venom get as much screen time as his human counterpart?

No one knows for sure and depending on how things go, we may not see the character enter the MCU, since the film is being distributed by Sony. But the MCU’s motto is “never say never” when it comes to their projects, so seeing a crossover is possible! Venom latches on to Eddie Brock for their mutual hatred of Spider-Man, so it’s possible that Tom Holland’s version of the hero could have his hands busy with a new enemy, after Infinity War‘s Thanos, of course.

Venom hits theaters on October 5, 2018. Check out the exciting trailer below!