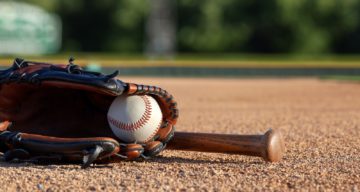 Elisaveta Gunella Turlla and Nikollaq Turlla settled in Bangor in 2000 and ran a local pizzeria there. In 2010, her parents became naturalized citizens of the U.S.

Vasiliqi Turlla has been an athlete for most of her student life. She was part of the track and field team at Bangor High School before graduating in 2016. She participated in different events, including high jump and javelin.

Turlla was captain of the track and field team and competed in high jump while she attended the University of Maine. She had recorded personal and seasonal best stats by the time she earned a bachelor’s degree in psychology with a minor in neuroscience in 2020. Furthermore, she also worked for two years as an undergraduate research assistant.

She later attended the University of New Haven in Connecticut and received her MA in Industrial and Organizational Psychology in 2022. Turlla was active in the school’s Society for Human Resource Management (SHRM) chapter and served as the director of communication and social media for a year.

Since 2021, Jeremy Peña’s girlfriend, Vasiliqi Turlla, has been an employee of Collins Aerospace within the human resources department. She was initially based in Rockford, Illinois, but now lives in Windsor Locks, Connecticut.