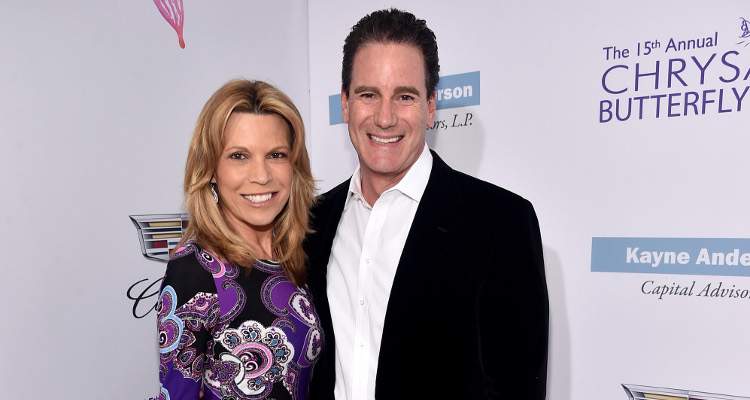 Vanna White is one of the most well-known faces in American entertainment. After all, she has been turning letters as a hostess on Wheel of Fortune for almost 35 years! Although she has had her fair share of heartbreaks and relationships, White gracefully picked up the pieces of her heart and moved on. Who’s the lucky man in her life now? Keep reading to know more about Vanna White’s boyfriend in our John Donaldson wiki.

John Donaldson’s age is 56, and he is the president of JDC Construction. He was born in Santa Monica and at a very young age, knew he wanted to start his career in construction. So, to pursue his dream, Donaldson worked as a laborer and packed lumber, earning only $5.00 per hour!

Walking the red carpet at the #daytimeemmys with my guy. #wheeloffortune

Soon, Donaldson started working at a construction and development company, where he worked as a lead foreman for framing crews. He also worked on high-end custom homes in the Hollywood Hills. Many of these houses were owned by celebrities such as Dan Akroyd, Martin Mull, and Richard Dreyfuss.

While working with the firm, he got his contractor’s license and started taking up small projects on weekends. One of his primary goals was to run his own business.

The company specializes in residential property renovations in Northern and Southern California. The firm is based in Chatsworth, California, but also handle projects in Seattle.

According to the company’s website, “John R. Donaldson is the epitome of the self-made man. Beginning in 1987 through economic times both good and bad, John built his general contracting firm on the foundations of trust and professionalism. Today, JDC is noted as one of Southern California’s premier construction companies specializing in the restoration and rehabilitation of multifamily properties.”

“Now recognized for its expertise in multifamily restoration and rehabilitation, John’s company was selected to undertake several major projects, including a two-year contract to rehabilitate a 615-unit, 16-building, 19-acre property in Alameda, California. JDC’s success in completing this $35 million assignment led to several others in areas of the state far from Southern California, including Napa, Pinole, Piedmont, Davis, San Jose and even Seattle, Washington.”

Donaldson and White were introduced by her friends in 2012. Since then, the two have been inseparable!

#Lunch with my man!

In fact, White is really happy with Donaldson. In an interview, she revealed, “He is kind, understanding and lets me be me. Today I am happy just the way things are. The biggest surprise to my fans is probably how simple I live in real life.”

She further added, “I’m a real down-to-earth girl. I usually spend my days without makeup, wearing tennis shoes. I love the outdoors. I love waking up early when it’s quiet, going out on the balcony to hear the birds sing.”