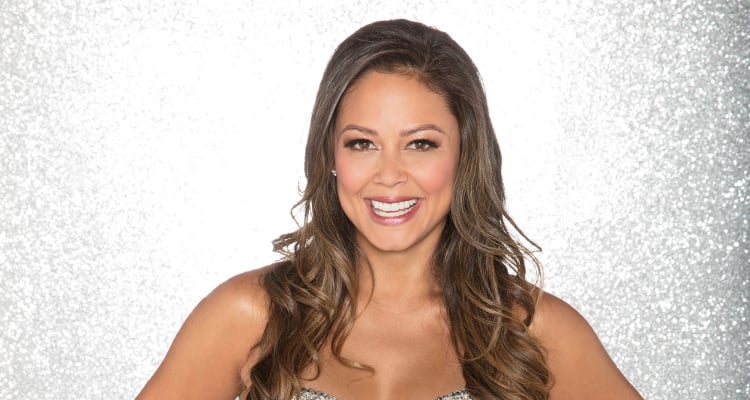 The infamous beauty queen, actress, and fashion model is about to showcase her talent as a dancer. If looking at her has made your heart skip a beat, you’re in for a treat! Vanessa Lachey is on Dancing with the Stars this season, and is already a front-runner for the Mirrorball Trophy.

Partnered with Maksim Chmerkovskiy, Vanessa Lachey secured a third place rank during the season 25 premiere. The duo scored 21 out of 30, trailing behind Lindsey Stirling and Mark Ballas, and Jordan Fisher and Lindsay Arnold who are tied at 22 points. However, Vanessa Lachey on Dancing with the Stars has hit a roadblock after suffering a toe injury during Friday’s rehearsal. In a video, Lachey is seen dancing with her partner when she winces in pain and displays her bleeding toe. In spite of all the pain and discomfort, Vanessa Lachey and Maksim Chmerkovskiy continue to tread forward. We’ve got a few interesting facts about her in Vanessa Lachey’s wiki right here.

Vanessa Lachey before Dancing with the Stars

Born on November 9, 1980, Vanessa Lachey’s age is 36. She is a famous television personality, fashion model, beauty queen, and actress who, in 1998, was crowned Miss Teen USA. During the start of her television career, she also worked as a New York-based correspondent for Entertainment Tonight and hosted Total Request Live on MTV. She also starred in the FOX comedy Dads and was on the NBC series Truth Be Told. Lachey co-hosted the ABC’s Wipeout and True Beauty, and appeared as a guest star on How I Met Your Mother, Hawaii Five-0, 30 Rock, CSI-NY, and USA’s Psych.

In 2006, the TV personality began dating singer Nick Lachey. The couple met when she appeared in the music video for his song “What’s Left of Me.” However, in June 2009, they briefly broke up, only to reunite forever. In October 2009, they got back together and just over a year later, they announced their engagement. On July 15, 2011, the couple married at Sir Richard Branson’s private Necker Island in the British Virgin Islands. They have three beautiful children together: Two sons, named Camden and Phoenix, and a daughter named Brooklyn.

Vanessa Lachey’s net worth is estimated at a whooping $10.0 million. Wow! We can barely imagine what it must feel like to be as rich and beautiful as her.

A glimpse of Vanessa Lachey’s DWTS journey can be seen on her Instagram account, which she frequently updates. You can also find photos of her adorable little family.

T❤️DAY is the day! ???? So excited to share with you in my newest journey! #DWTS premieres TONIGHT on ABC 8pm/7pm central. Don't forget to VOTE! Everyone counts! Love you guys! 1-800-868-3412 #TeamBabiesAndBallroom @maksimc

Sometimes it's more FUN to bring the donut shop to US! Mornings in jammies, on the counter, with donuts & The Original Donut Shop Coffee pods is one of our favorite things! Lots of messes but even more laughs!!! #HaveMoreFun @keurig #sponsor ??❤️

Despite having suffered an injury, Vanessa Lachey is treading forward. Her determination is simply remarkable. All of her positive qualities put together with her pro partner’s talent definitely put the odds in her favor. With her undying spirit, this “yummy mummy” is walking straight towards victory!