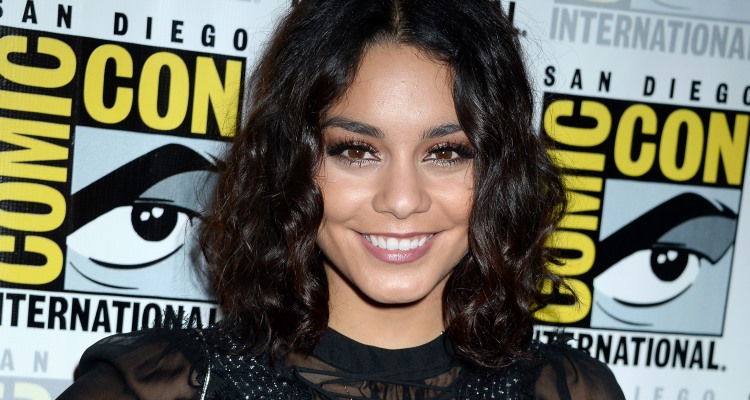 Vanessa Hudgens has certainly made a name for herself since her departure from Disney. With her own Tumblr blog, a successful Instagram profile with over 21 million followers, and an exceptional live theatre role on her resume, she has certainly earned her celebrity status. If you’re a fan and want to know more on Vanessa Hudgens’ wiki, we’ve got something even better – we’ve got five facts you didn’t know about her, plus Vanessa Hudgens’ age, Vanessa Hudgens’ hair, her upcoming career roles, and her personal life!

Vanessa Hudgens’ style is very unique! If you check out the 27-year-old’s Instagram, you’ll notice her versatile outfits, boho-chic fashion, and bejeweled hippie looks as her primary style, but she also sports relaxed, low-maintenance ensembles, revealing her true American beauty.

???? always stop and take time to adore the flowers ???? even on #Mondays ???? #VsVivaItaly #villarignana

She Maintains a Tumblr Blog

As if her acting career didn’t keep her busy enough, this fashionista also has an official Tumblr blog! She posts photos with short notes on various topics of her interest, such as style, music, art and culture, beauty, and her personal life. If you find her beautiful, you’ll love her website as most photos are of the High School Musical rising star.

Sorry to burst your bubble, but Hudgens is spoken for. Her actor and model boyfriend of five years, Austin Butler, is also featured on her blog, and her Instagram, and pretty much everywhere else!

The pair seems to stay away from drama (unlike most celebrity couples) and based on their shared interests, they appear to be very compatible with each other. Hudgens was a major support system for Butler after his mother passed away, so the duo has some serious history! Butler acts as the blond, green-eyed elf-human, Wil Ohmsford in the fantasy TV series, The Shannara Chronicles.

You can check him out at @AustinButler on Instagram.

She Has an Incredible Mane

Short or long, Hudgens always knows how to wear her ‘do! Since her Disney days, Hudgens has always been blessed with beautiful hair, and she enjoys switching up her looks to stay original – hey, even busy actors can get bored of their hair sometimes! She’s had everything from shoulder-length, straight hair, to bouncy waves, to straight-cut bangs, to pinned-up looks, to long, Greek goddess curls. It doesn’t matter what she does with her hair – it’s always on fleek!

She Has an Upcoming Role in a DC Comics Comedy

If you haven’t already heard, Vanessa Hudgens will be starring in an upcoming DC Comics comedy pilot in 2017! This will be her first big gig since Grease: Live. In this series called Powerless, Hudgens will be playing Emily Locke, an insurance claims adjuster who loves helping people through her job, but is irritated by the disruptive actions of the superheroes who have invaded her city. According to Variety, the show is a comedy about working life as a normal, powerless human in a world where superheroes and villains exist. With the success of the “Hero” franchises, this could definitely be a hit!