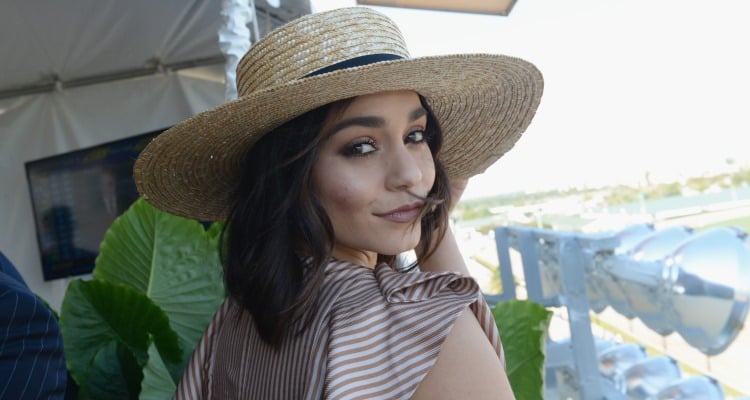 The Grease: Live star took to Instagram to tease new music she’s been working on behind the scenes. The photo was captioned, “Can’t wait to share what I worked on yesterday! Sooooo excited.” Fans are wondering if she’s working on new music for the rumoured High School Musical 4 or if she’s putting out a new single or solo album. It could be something inspired by Beyoncé, as Hudgens also posted a picture of Beyoncé at last night’s Grammy Awards, in all her pregnant, golden glory! Hudgens is being very cryptic with her fans, but the fact that the “surprise” she is alluding to is taking place in the studio, it is likely new music may be involved. There’s no word on when the surprise will be leaked (because that’s how surprises work) or if anyone will be featured on her song. 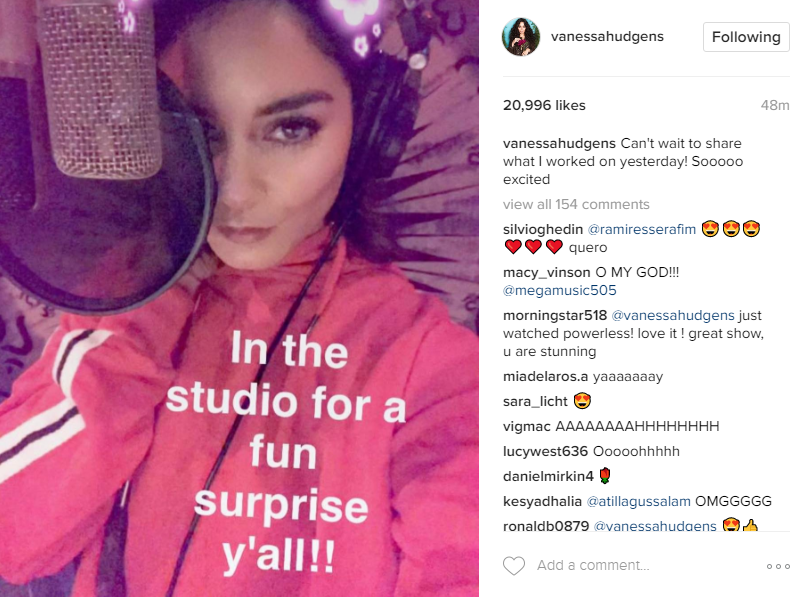 The Vanessa Hudgens-Austin Butler love story may be over, but that didn’t get in the way of Hudgens and her career. The young actress stars in the new DC Comics action-comedy, Powerless. She plays Emily, a young and high-spirited insurance adjuster, who specializes in providing coverage against superhero-related damages. Powerless airs on Thursdays at 8:30 p.m. EST on NBC.

As for that surprise—you will have to stay close to Hudgens’ Instagram to get ahead of everyone else and find out what it could be!