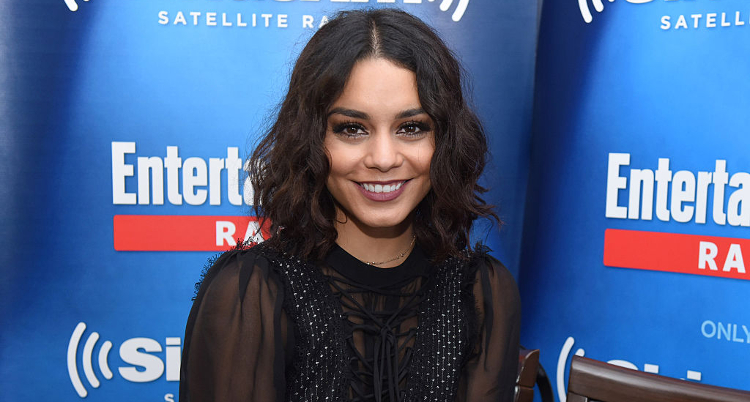 December is a month of celebration for High School Musical star Vanessa Hudgens. The singer-actress celebrated her birthday this month, she has a new TV series underway, there is talk that may be appearing in High School Musical 4, and now she is excited to celebrate Christmas. Hudgens posted a cute Instagram picture to show how she gets in the holiday spirit.

Hudgens, who turned 28 on December 14, posted this pic of her rocking an exaggerated cover model pose while her friend has a goofy pose with a Santa statue. She captioned the post with a Christmas tree and a thumbs-up emoji. This picture appears to be taken the same day as an earlier post of hers, where Hudgens is cozy in Santa’s sleigh with a giant present beside her.

Hudgens’ 22.6 million followers flooded the post mere minutes after she uploaded it. Some fans joked that her friend looks a lot like Khloe Kardashian.

Vanessa Hudgens is currently filming the new TV series, Powerless, on NBC. Powerless is a sitcom set in the DC universe, and Hudgens plays Emily Locke, a young insurance adjuster who specializes in providing coverage to protect defenceless people from suffering as collateral to superheroes’ crime-fighting activities. The show is set to premiere on February 2, 2017. DC comics already has a big presence on the small screen with shows like Supergirl, Arrow, The Flash, Legends of Tomorrow, and Gotham.

While Hudgens’ High School Musical costars have been wishing her a happy birthday with throwback Instagram posts, news has been confirmed that the fourth installment of the Disney franchise is underway. So will we get to see Gabriella Montez reunite with Troy Bolton (ex-boyfriend Zac Efron) again? It’s just a guessing game at this point. While a new cast is expected for HSM4, some reports state that the original Wildcats might make cameos, and some claim that Gabriella and Troy will have their own spin-off.