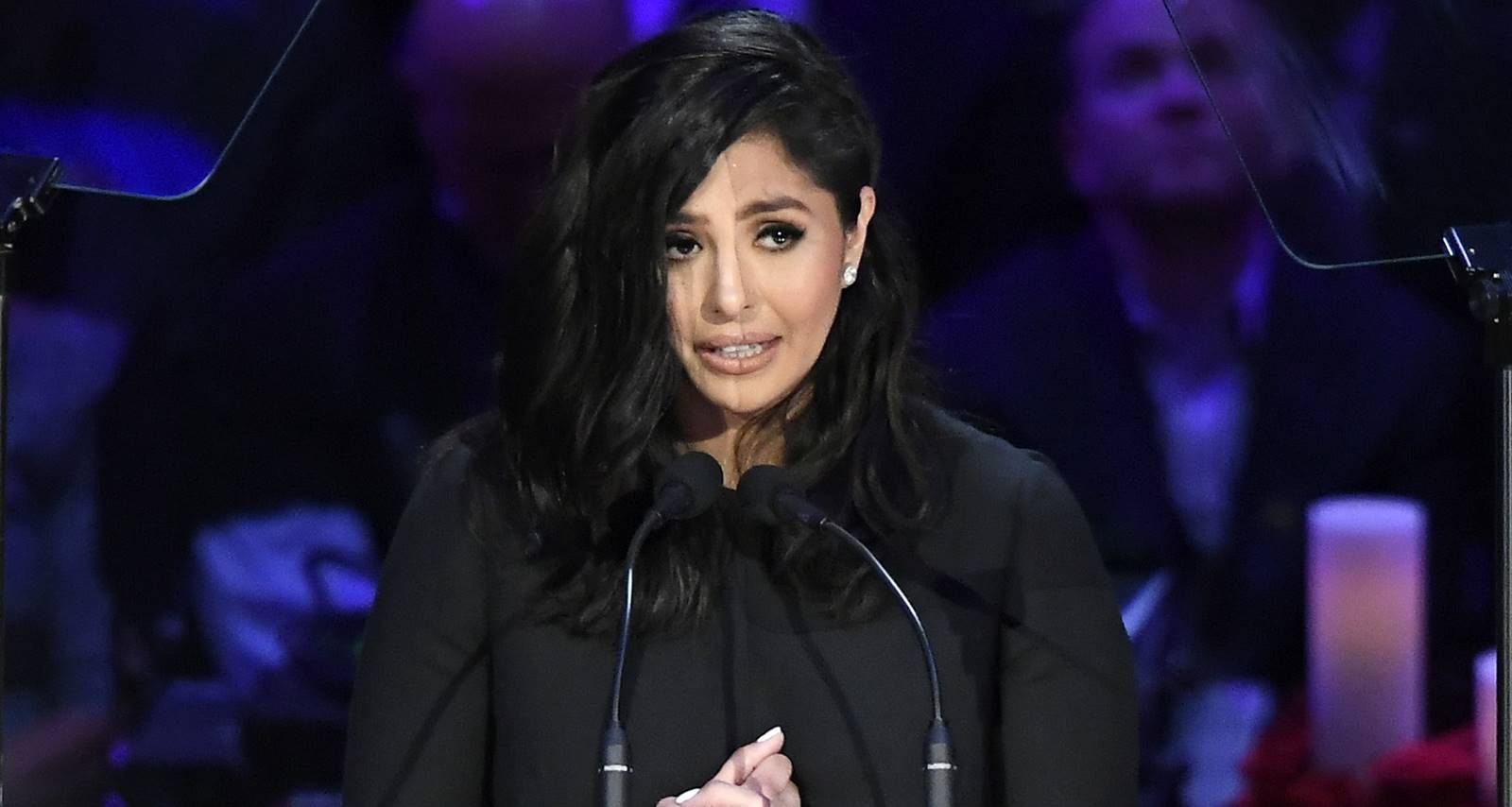 Vanessa Bryant speaks during The Celebration of Life for Kobe & Gianna Bryant at Staples Center on February 24, 2020 in Los Angeles, California. (Photo by Kevork Djansezian/Getty Images)

Vanessa Bryant made her first public address since losing her husband and daughter at Kobe Bryant and Gianna Bryant’s Celebration of Life event on February 24. Vanessa’s reflection on parenthood moved everyone watching to tears. While Kobe and Vanessa doted on their daughters, their relationship with their own parents was filled with drama during the two decades they were together. In this difficult time, Vanessa is probably relying on her mother, Sofia Laine, and her sister, Sophie Laine. Now the attention is on her family, particularly her relationship with her stepfather, Stephen Laine.

Vanessa Cornejo Urbieta and her older sister, Sophie, are the only two children of Sofia Urbieta Laine and her ex-husband. The sisters have a Mexican heritage from their parents.

When Vanessa was a baby, Sofia had split from her husband. Vanessa and Sophie’s father returned to Baja, Mexico, and reports claim that they haven’t had contact with him in years.

Sofia Urbieta raised her daughters as a single mother for almost a decade. She worked as a shipping clerk at an electronics firm and lived in her sister’s spare room with her daughters.

At the firm where Sofia worked, Stephen Laine was a middle manager. He was eight years her junior.

Vanessa was eight and Sophie was 18 when Stephen and Sofia married in 1990. Vanessa began going by the last name Laine instead of Cornejo, her father’s surname. In high school, she legally changed her name to Vanessa Laine.

According to Sasha and Laila, Vanessa was raised in a sheltered home by Sofia and Stephen. Her few moments of escape from her parents’ protective shell led her to meet then-rising NBA star Kobe Bryant.

But Stephen was hesitant about their fast-paced relationship, considering Vanessa was only 17 then.

Don’t Miss: Kobe Bryant Kids, Did Kobe Have A Son?

Stephen and Sofia Laine Had a Very Public Divorce

When 21-year-old Kobe Bryant married an 18-year-old Vanessa Laine, he had a falling out with his parents. Kobe and his parents were estranged for many years, until they reconciled after the birth of Kobe and Vanessa’s first daughter.

When they announced their engagement on Vanessa’s 18th birthday, the Laine family was going through serious financial setbacks. Vanessa’s mother had been laid off from her job two years before their engagement. Sofia also had a chronic back injury that prevented her from finding another job.

Less than a week after Vanessa’s engagement, the Laines filed for bankruptcy. Meanwhile, Kobe’s relationship with Vanessa was making headlines, and so were rumors that Vanessa had let fame and wealth of the NBA WAG life change her.

In January 2003, Kobe and Vanessa became first-time parents with the birth of their daughter, Natalia. A few months later, Kobe was dealing with allegations of sexual assault and rumors that he and Vanessa were on the verge of divorce.

That same year, Sofia and Stephen Laine were going through their own divorce. In divorce filings that stated they separated on June 14, 2002, Sofia accused Stephen of having an affair during their marriage.

The allegations were never confirmed, but Kobe Bryant’s mother-in-law’s divorce did make headlines amid his sexual assault controversy. Vanessa and Kobe got sucked into their divorce drama when Sofia was demanding spousal support from her ex.

Although Vanessa refused to be the primary financial support for her mother, she and Kobe did everything to help Sofia. The couple had made massive financial gifts to her in the time Kobe was estranged from his parents.

According to reports, Sofia received a $120,000 retirement nest egg, a $90,000 Mercedes Benz, and $50,000 in furniture in the span of two years. She also lived in a $2.5 million mansion Kobe purchased when she divorced Stephen. The house was later sold and Sofia moved to another home.

Bryant’s estrangement with his parents had thawed out, but things turned sour once again over their auctioning off of his memorabilia, which Kobe claimed was done without his permission. As the Lakers fans and media were prone to disparaging Vanessa, there were unsavory comments that Vanessa’s mother was living it up while Kobe’s family was in the dumps.

However, the Bryant family were relatively more affluent, with Kobe’s father, Joe Bryant, being a former NBA player himself. After the auction incident, Pam and Joe Bryant would be visibly absent from major events in Kobe’s career. During his estrangement from his parents, Kobe had grown very close to Sofia, who was present at historic moments in his career and also received presents from him.

Stephen Laine slammed Vanessa and Sofia publicly then, essentially calling them a pair of gold diggers. He alleged that Vanessa learned from Sofia to use the state’s laws to ensure spousal support.

“I have to pay her mom $1,800 every month and clearly they don’t need it,” Stephen Laine claimed about his ex-wife who was living in a luxurious home provided by Kobe. He further added, “I have a six-year-old daughter and that money could be used toward her college fund or something … you’d think she’d care … but no, she’s spiteful.”

Vanessa and Kobe, however, called off their divorce in 2013. They would welcome two more daughters before Kobe and their second daughter, Gianna’s tragic deaths in January 2020.

At the memorial service for Kobe and Gianna, Vanessa had her mother and sister to support her. Her stepfather was not expected to attend as she reportedly has no contact with him.

After news of Kobe and Gianna’s death, Stephen Laine told The Sun, “I just found out and can’t say much, just that I wish the family well. I just heard on the news that Gianna died as well. It’s terrible. My heart goes out to Vanessa and the kids.”