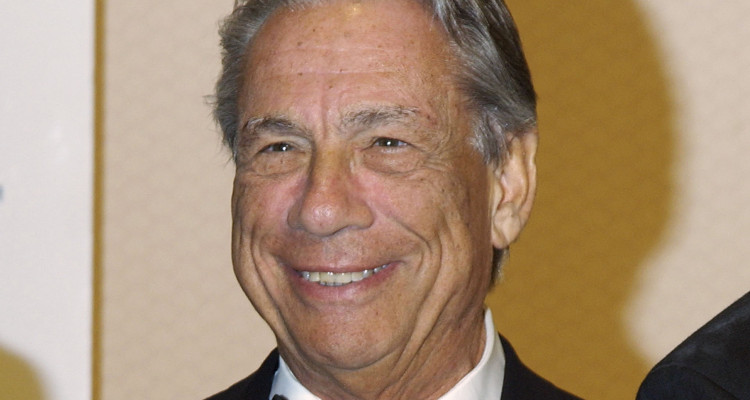 V. Stiviano, the 31-year-old woman who recorded the now infamous audio clip of Donald Sterling’s racist rant, has finally broken her silence on the scandal. The young woman, who’s been pegged as Sterling’s longtime sugar baby, sat down for an intimate interview with Barbara Walters, which aired on May 2, 2014, just a week after the scandal first went public.

Surprisingly, V. Stiviano actually defended Donald Sterling in the bizarre interview, telling Barbara Walters that she doesn’t think he’s a racist, but that “the things he says are not the things he feels,” and that he was caught “in the heat of the moment.” She insisted that he didn’t mean what he said, although V. Stiviano did admit that she’s had many conversations in the past that were just like the one involved in this scandal.

Donald Sterling’s alleged sugar baby went on to say that the 81-year-old L.A. Clippers owner is from a “different generation” and that he was “brought up to believe these things—segregation, whites and blacks,” adding, “But through his actions he’s shown that he’s not a racist.” V. Stiviano believes that Donald Sterling is the one who’s “highly more traumatized and hurt” by the whole scandal, because he didn’t really mean what he said.

V. Stiviano also opened up about the nature of her relationship with Donald Sterling. She claims that she didn’t start out as his sugar baby or mistress, but that she got a job as his personal assistant after meeting him at one of his charity events. “I’m Mr. Sterling’s everything. I’m his confidante, his best friend, his silly rabbit,” V. Stiviano said, adding that she was the one who “protected him,” who “took care of him,” and who “watched everything he said and did.”

Going back to the claim of being Donald Sterling’s personal assistant, Barbara Walters asked V. Stiviano about the money, specifically whether or not she was on Sterling’s payroll. “He first started paying me as an employee and then he started paying me off the books,” said the alleged sugar baby.

When asked if she was in love with Donald Sterling, V. Stiviano replied, “I love him,” but added that she loved him “like a father figure.”

And believe it or not, their relationship gets even more bizarre. Minutes before V. Stiviano sat down for the interview, she was reportedly with Donald Sterling at a hotel in L.A. According to a guest who rode on the elevator with the pair, Sterling was yelling at his alleged sugar baby, calling her a “media whore” and telling her to “shut the f*** up.” She then got off the elevator and Donald Sterling told another gentleman, “She’s f***ing crazy! I can’t deal with her! She’s nuts.”

Twenty minutes later, V. Stiviano sat down and told the world that Donald Sterling is “a very generous and kind man.”

Donald Sterling was also reportedly approached for an interview with Barbara Walters and even Anderson Cooper, but he turned down the opportunity.

What do you think: Was V. Stiviano paid off by Donald Sterling to defend him in the highly-publicized interview?

Collman, A., et al., “‘She’s crazy, I can’t deal with her’: How Donald Sterling ranted at V. Stiviano and stormed out of hotel minutes before Barbara Walters interview is revealed as his wife backs move to oust him,” Daily Mail web site, May 5, 2014; http://goo.gl/llLoIQ.