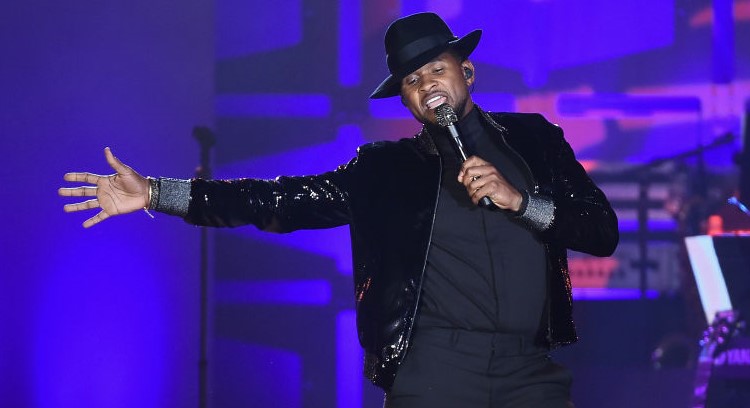 The singer and performer known as Usher reached massive levels of unfathomable fame and success when he was just a teenager in the mid-90s. Since then, he’s managed to establish an unparalleled musical empire. Understandably, many fans are curious what Usher’s net worth is in 2017. How rich is Usher? Based on his Usher’s assets, his net worth in 2017 is estimated at a whopping $180.0 million! Read on to find out more on his net worth and how he accrued such fame and wealth!

Usher Raymond IV, otherwise simply known as Usher, was born on October 14, 1978, in Dallas, TX. How old is Usher? In honor of his 39th birthday, it’s only fitting to discuss the immense amount of success and international fame he’s managed to achieve by such a young age. As a talented singer, dancer, producer, and actor, Usher’s family recognized his aptitude for performing from the time he was young, and did everything in their power to cultivate it. The unwavering support of his family is what led to Usher’s continued success and forays into superstardom. Given his years of experience and the well-deserved respect he’s garnered in the entertainment industry, fans are wondering what Usher’s net worth is in 2017. So, exactly how rich is Usher? Continue reading to find out and for a detailed analysis of all of his assets, including his homes, cars, album sales, and more!

Usher’s Family and His Formative Years

As mentioned, Usher’s family—particularly his grandmother—played an integral role in the ultimate development of his musical passion and inclinations. He was born in Dallas, Texas to Jonetta Patton and Usher Raymond III, whom he was named after. Usher’s father abandoned the family when his son was just one year old. Shortly following his father’s callous departure, the family moved to Chattanooga, TN, which was Jonetta’s home state. Despite his father’s noticeable absence throughout his upbringing, Usher was able to move forward with his life. Eventually, Jonetta remarried and her union produced a half-brother named James Lackey in 1984.

Jonetta consistently encouraged Usher to get involved in her local church’s initiatives, so he joined the choir when he was just nine years old, thus beginning his singing career. It was during this time that the family discovered his incredible singing talent and began persuading him to pursue music more seriously.

At the behest of his grandmother, the family moved to Atlanta, GA, which was a musical hotspot at the time. The idea was that a bigger city would afford Usher greater and more worthwhile opportunities to be discovered by talent scouts. No doubt, Usher was exceptionally fortunate to have such a strong support system backing him up from the very beginning. Had it not been for his grandmother’s encouragement, he might never have learned how to perfect his craft and work hard to accomplish everything he has. As it turned out, his grandmother had the right idea because Usher was able to gain a lot experience by performing on the talent show circuit in Atlanta as a young adult.

How Was Usher Discovered?

At the tender age of 13, Usher entered a Star Search competition that would not only determine the fate of his career from that moment, but would also set the tone for the type of performer he would eventually become. A well-known producer from LaFace Records just happened to be tuning in to the competition during his performance and contacted his family immediately after the show aired to request that Usher audition for them. They signed a record deal for him on the spot, but he almost lost it when he hit puberty and his voice changed.

At the age of 16, Usher’s self-titled debut album was released in 1994 and Sean Combs, known as Puff Daddy at the time, was one of the co-executive producers. While Usher was going through puberty, the record label decided to send him to New York to live with Combs and undergo what they referred to as “Flavour Camp.” The idea was to help him exercise his vocal prowess and gain more control of his singing voice so that he wouldn’t fall victim to the bodily changes that were taking place. Of course, this was a risky move for the record label, but it ended up paying off big time for them because Usher has since evolved into one of the most popular and well-respected pop and R&B singers of all time.

How Rich is Usher?

According to reports, it is estimated that Usher’s net worth in 2017 is about $180.0 million. That’s not too surprising considering his debut album has raked in approximately $500,000 since its initial release more than 20 years ago! On top of Usher’s album sales, Usher also has his hand in a slew of other business ventures, endorsement deals, and investments. Below is a brief summary of his overall earnings to date. Keep in mind that some of the figures shown only account for his U.S. earnings and that worldwide earnings are significantly higher.

It’s no secret that Usher’s personal life has been the focus of a great deal of controversy throughout the past decade, the latest of which has to do with allegations that he gave a young woman herpes. It all started back in 2003 when his album Confessions came out. The subject matter of the album was about infidelity and the procrastinator confessing to impregnating one of his mistresses, leading many fans and his then-girlfriend, Chili Thomas of TLC fame, to believe that Usher was being unfaithful. This would result in their eventual breakup in December of that year. It later came out that the Usher’s songs which were featured on Usher’s album weren’t actually about him, but his music producer, Jermaine Dupri.

Most recently, Usher is being accused of having exposed another anonymous young woman to the herpes virus and failing to disclose to her that he was infected with the virus. Though it’s unclear whether she herself has actually been infected, she’s suing the R&B crooner for a whopping $20.0 million! Through it all, Usher’s wife, Grace Miguel, seems to be standing by his side and supporting him and it doesn’t look like Usher will have to sell any of his cars just yet as the case is still ongoing. It shouldn’t surprise you that Usher’s car collection is extensive.

Considering Usher’s tours have consistently grossed millions of dollars in the past, along with his numerous investments, lucrative endorsement deals, and TV appearances on shows like The Voice, we’re pretty certain that he’ll find a way to bounce back from all of this negative press.