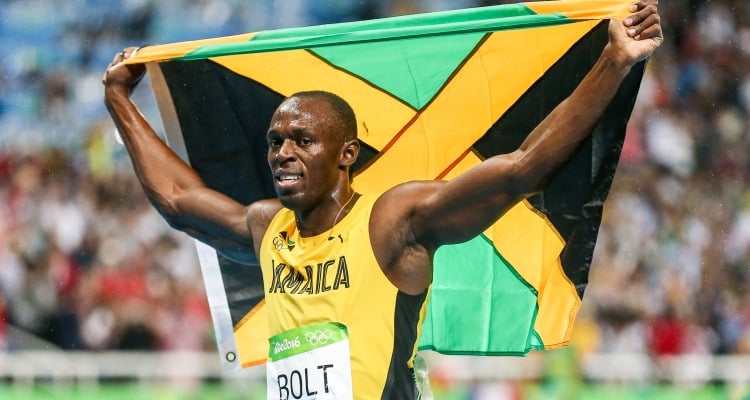 Rumors are surfacing around the web about the suspected pregnancy of Usain Bolt’s girlfriend, Kasi Bennett. The news is coming as a shock with evidence suggesting the “Usain Bolt cheating” stories may be true. After the star runner won three gold medals at the 2016 Rio Olympics, it’s no surprise Bolt’s life is in the spotlight. If you’re wondering about the “Kasi Bennet pregnant” stories and the engagement buzz, we have the story here.

Who Is Kasi Bennett?

If you’ve been searching for “Usain Bolt wife,” take a step back because his girlfriend, Kasi Bennett is only now surfacing on the Internet. According to the Daily Mail, Bolt kept his love interest a secret until making it public over the weekend, after his win at the 2016 Rio Olympics. The couple has been together for over two years and his sister, Christine Bolt-Hylton, said there was a high possibility he would propose when they returned home. She says the gold medal sprinter has plans to tie the knot with his 26-year-old Jamaican girlfriend after the Olympics.

Kasi Bennett’s Twitter shows her giving support for her Olympic boyfriend. You can check out her tweets by searching @kasi__b.

Rumors began to surface of a pregnancy, after a series of Snapchat posts from Bolt were seen by fans. According to various reports claiming the videos confirm Bennett’s pregnancy, Kasi Bennett’s Instagram photos suggest otherwise. Her hourglass figure and slim waist reveal she is not pregnant, but it could be too soon to tell. You can see the photos for yourself by following @kasi.b on Instagram.

Unnamed sources close to the couple told Urban Islandz the rumors of her pregnancy are false. One source said, “No, Kaci is not pregnant and if she is I doubt anyone would know about it at this stage. They both saw the rumors and just laughed it off.”

A Picture is Worth a Thousand Words

Photos of Usain Bolt in bed with a Brazilian woman is flooding the internet and critics are racing to accuse and insult him on his behavior. To make the situation appear even worse, videos of Usain on his 30th birthday in a Rio club are also rising. The videos from Sunday, August 21, feature him dancing provocatively with yet another woman at a club in the Barra de Tijuca suburb.

But who is the woman in the bedroom photos? The images that brought up the question of Bolt’s infidelity feature the runner and Jady Duarte, a 20-year-old student, cuddling. She posted the photos on WhatsApp to share with her friends, and somehow the images got leaked to the media. Duarte was mortified as she told the local Brazilian news site, Extra, that she did not know she was with a famous person; she thought their encounter was normal. “[The impact] is very negative. I never wanted to be famous, I’m dying of shame.”

A Quick Escape for Bolt

Unfortunately for Bolt, there were no negative consequences. He told The Daily Telegraph he believed his actions were totally acceptable. He said, “It’s hard for you to stay with one woman because girls are literally just throwing themselves at you. And that’s unfair to us guys – it’s hard to say no, you know what I mean?” He also told the news site, “Jamaican culture is different, when you look at women and men having more than one [partner], it’s different.”

Bolt may be able to run away from his guilt, but he certainly can’t escape the shocked and angry comments on social media!