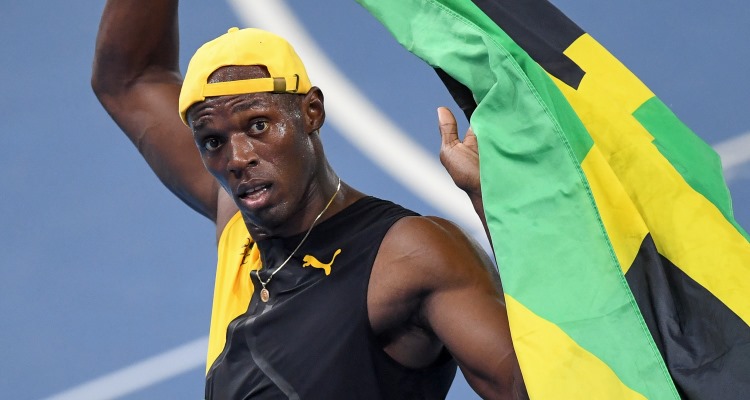 The Usain Bolt 2016 Olympics mid-run action shot is blowing up the Internet and many are wondering how fast can Usain Bolt run? If that’s the question on your mind, we’ve got answers to that plus some extra cool facts! Usain Bolt’s speed appears humanly unmatched and we’re bringing you the figures.

The Fastest Man in the World

During the World Championships in Berlin on August 16, 2009, Usain Bolt blasted off and achieved the fastest human sprint speed on record. For those who are curious, sprint speed or footspeed is the maximum speed that a human can run. Bolt ran at 44.64 km/h at the 2009 World Championships… that’s almost the residential driving speed limit for most areas! But how fast is Usain Bolt in mph? His record speed is 27.73801 mph or 12.4 m/s. Now that’s fast! Between the 60th and 80th meter, Bolt’s average speed is 1.61 seconds.

Today on August 17, 2016, nine years after Bolt hit his personal footspeed record; he will be racing off again in the men’s 200m semi-finals. We’re not too worried about what place he will get, but he sure is a thrill to watch! Bolt will celebrate his 30th birthday in a few days on August 21, 1986.

A Star for Social Media

Usain Bolt’s Instagram account currently has 3.8 million followers; you can follow him at @usainbolt to keep up to date with his victories. You will find him posing, smiling, embracing his family members, and even dancing with carnival costume-clad cheerleaders. There are videos of him working out so fitness fans can get inspired to reach their goals! With his appreciation for his fans, his passion for the sport, and determination to aspire to be his best, Bolt is certainly an athlete to admire!

When Bolt was only 15 years old, he made his first attempt at success at the 2002 World Junior Championships in Kingston, Jamaica. In the 200-meter dash, he won the gold medal. This made him officially the youngest world junior gold medalist of all time.