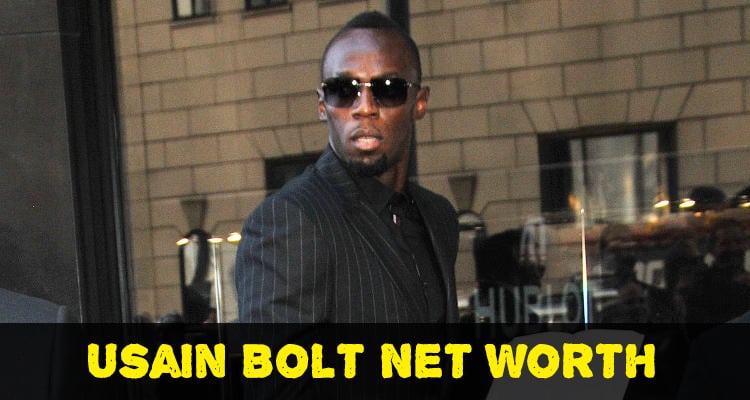 Usain Bolt could easily give Superman a run for his money—literally. The fastest man on earth has earned his title after years of blood, sweat, and tears. Record after record has tumbled by the wayside as he has sprinted on race tracks around the world.

Talking of numbers aren’t you curious and wondering, “What is the Usain Bolt net worth?” Well, it’s about $30.0 million.

A big achievement for a boy who comes from little known Trelawny in Jamaica. Bolt was one of three children born to parents who made ends meet by running a small grocery shop. A fact little known is that the world almost lost Bolt to the game of cricket. As a young boy, he worshiped Pakistani fast bowler Wasim Akram. It was a stroke of good luck for the world of track and field that his running prowess was noticed and he was encouraged to take up sprinting.

Bolt Is a Money Train

A question on everybody’s lips is, “How rich is Usain Bolt?” Hold your breath. If he competes in the 2016 Olympics, his net worth is expected to cross $100.0 million. That’s because his the biggest star in track and field and one of the greatest athletes ever. Not since the great Carl Lewis has any athlete captured the imagination of spectators as Bolt has. People begin by gawking at his 6 feet 5 inches frame; with his long strides, he is a blur on the track field. He has broken world records almost as if at will. His earnings are justified by his performance in the events he has won over the years. A small portion of his earnings are from his running. His real earnings are from the big brands he endorses. Puma, Visa, Nissan, Gatorade and Hublot are some of the world famous brands Bolt endorses.

Bolt’s biggest contract is with the German shoemaker, Puma. His deal with Puma alone is worth $9.0 million. His other contracts add almost $12.0 million to his net worth. Bolt is a sponsor’s dream come true: he wears Puma shoes at most of his public appearances, giving high visibility to the brand. He is one of the few celebrities who has promoted the brands he endorses to the satisfaction of his sponsors. He is refreshingly litigation free preferring to let his track performances do all the talking.

Though the salary from running forms a small portion of an athlete’s earnings, Bolt makes more money than others. He is believed to get at least $250,000 for each of his track appearances. Since he wins so many of the events he participates in, he makes money from the prizes awarded as well. His worth can be gauged from the fact that he earns at least 20 times as much money than his closest competitors. He has earned more money than any other track and field athlete in the history of the sport.

Though Bolt gives his heart out to every event he seems to reserve his best for the Olympics. In the 2008 Olympics he won both the 100 meter and 200 meter events. At the 2012 Olympics, he repeated this feat and became the first athlete to achieve this incredible feat in recent times. In 2012, he also powered his team to a record-shattering win in the 4 x 100 meter relay event. He has won six Olympic medals in all which is the highest ever tally for any athlete in modern times. Now, everyone is waiting for the 2016 Olympics to see what Bolt does next. Especially since it could well be his last appearance at the Olympics.

Bolt has made his name as a regular breaker of world records. He has run the 100 meter in 9.58 seconds, which is the fasted recorded run ever. He broke his own record of 9.69 seconds. Yet, he is more a 200 meter runner, having won the gold medal for this event in three consecutive World Championships. Such has been his propensity to break world records that the world watches with bated breath each time he lines up at the starting mark. Thanks to his dream run at setting world records, he has earned the nickname “Lightning Bolt.” No man has earned his nickname more deservedly than Usain Bolt. Last year, he caused a major flutter by announcing that he would retire after participating in the 2017 World Athletic Championships being held in London. Bolt has done more than thrilled his fans in the years he has been running in track and field events. He has single-handedly put Jamaica on the world map. In his home country today, little kids line up at the starting blocks hoping to be the next Usain Bolt. Usain Bolt is one of those few athletes who leaves behind a legacy that will inspire generations of athletes to come.