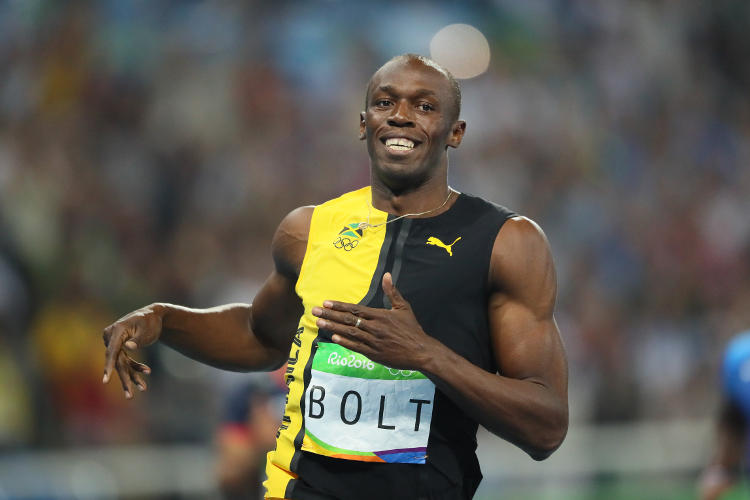 Monday mornings can be a bit of a drag sometimes, so if you’re in need of a little bit of motivation to get your work week started, start following Usain Bolt on social media. The record-breaking sprinter and Olympic gold medalist often shares insights into his fitness regimen to try and inspire others to get moving.

Earlier today, Bolt posted a picture on Instagram of him prepping for an early-morning run, but it was the caption that really seemed to resonate with his two million followers: “Get the work week off and running… Remember my peeps its not how you start it’s how you finish #ForeverFaster [sic].”

It certainly didn’t take long for Bolt’s message to spread on social media. The Instagram post was liked over 41,000 times and racked up hundreds of comments in as little as two hours.

The shot was taken from a series of photos that Bolt shared on his Facebook page this past weekend, which showed exactly how the athlete trains—and at 6 a.m. on a Saturday nonetheless. Bolt, who still holds the title of the fastest man in the world, is currently in training mode for the 2017 World Championships in London, where he’ll be competing in the 100-meter race.

However, Bolt has said that it’ll be his last race, because he plans to retire after the 2017 World Championships. And focusing on just the 100-meter (as opposed to competing in the 200-meter as well) will enable him to end his career at the top. “I’ve already discussed it with my coach,” Bold recently told the Daily Mail. “I can concentrate on that, and on retiring on a winning note.”