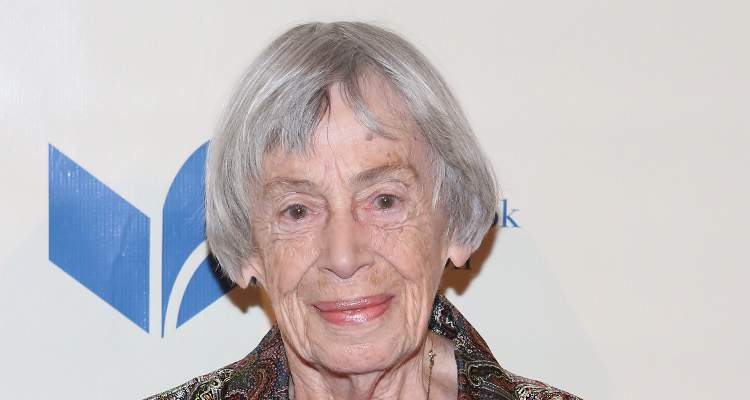 Ursula K. Le Guin is considered to be one of the greatest science fiction writers of all time. After her health had been declining, the American novelist died at her home on January 22, 2018, at the age of 88. Her books were progressive and futuristic with great concern for the issues of feminism, environmentalism, sexuality, and religion, and inspired many of today’s writers who absolutely admire her work. Just like in her books, Le Guin did end up changing the world!

With Ursula K. Le Guin’s death, the world has lost one of it’s greatest writers, who wrote extensively in the genres of fantasy and science fiction. Apart from that, she has also written children’s books, short stories, essays, and poetry and has been a prolific writer whose work was first published in the 1960s.

The works of the American novelist often depicted imaginary or futuristic alternate worlds with regard to politics, gender, sexuality, religion, the natural environment, and ethnography.

In 2016, The New York Times gave her the title of “America’s greatest living science fiction writer,” but le Guin modestly said that she would be preferred to be known simply as an “American novelist.”

Le Guin died on Monday, January 22, 2018, at her home in Portland, Oregon, and her son said that the writer had been in poor health for several months now. Le Guin was a great influence on several generations of writers like Salman Rushdie, Neil Gaiman, David Mitchell, George R. R. Martin, and Iain Banks.

Ursula K. Le Guin’s books like the Earthsea series, the Hainish science fiction series, and other works like The Lathe of Heaven, Orsinian Tales, The Eye of the Heron, The Compass Ross, Always Coming Home, and Lavinia brought her millions of fans and admirers.

Also Read: Len Wein Wiki: Cause of Death & 4 Facts to Know about the Comics Writer

Ursula K. Le Guin’s short stories and novels often explored politics and sociology, anti-colonialist and pro-environmentalist themes, and anarchists imaginings that spoke about worlds that could be, rather than the way they were. Ursula K. Le Guin’s The Left Hand of Darkness, a 1969 novel, imagined a world where people could change between male and female. Her fierce intellect was widely respected, and she was known for her wise quotes. Here are some of Ursula K. Le Guin’s quotes that have stood the test of time:

“I believe that maturity is not an outgrowing, but a growing up: that an adult is not a dead child, but a child who survived.”

“My imagination makes me human and makes me a fool; it gives me all the world, and exiles me from it.”

“It is good to have an end to journey toward, but it is the journey that matters in the end.”

“The only thing that makes life possible is permanent, intolerable uncertainty; not knowing what comes next.”

“Belief is the wound that knowledge heals.”

“We are volcanoes. When we women offer our experience as our truth, as human truth, all the maps change. There are new mountains.”

Everything Can Be Changed

Le Guin believed that the world could be changed and made a better place. At the 2014 National Book Awards, she said, “We live in capitalism, its power seems inescapable – but then, so did the divine right of kings. Any human power can be resisted and changed by human beings. Resistance and change often begin in art. Very often in our art, the art of words.” Very true.