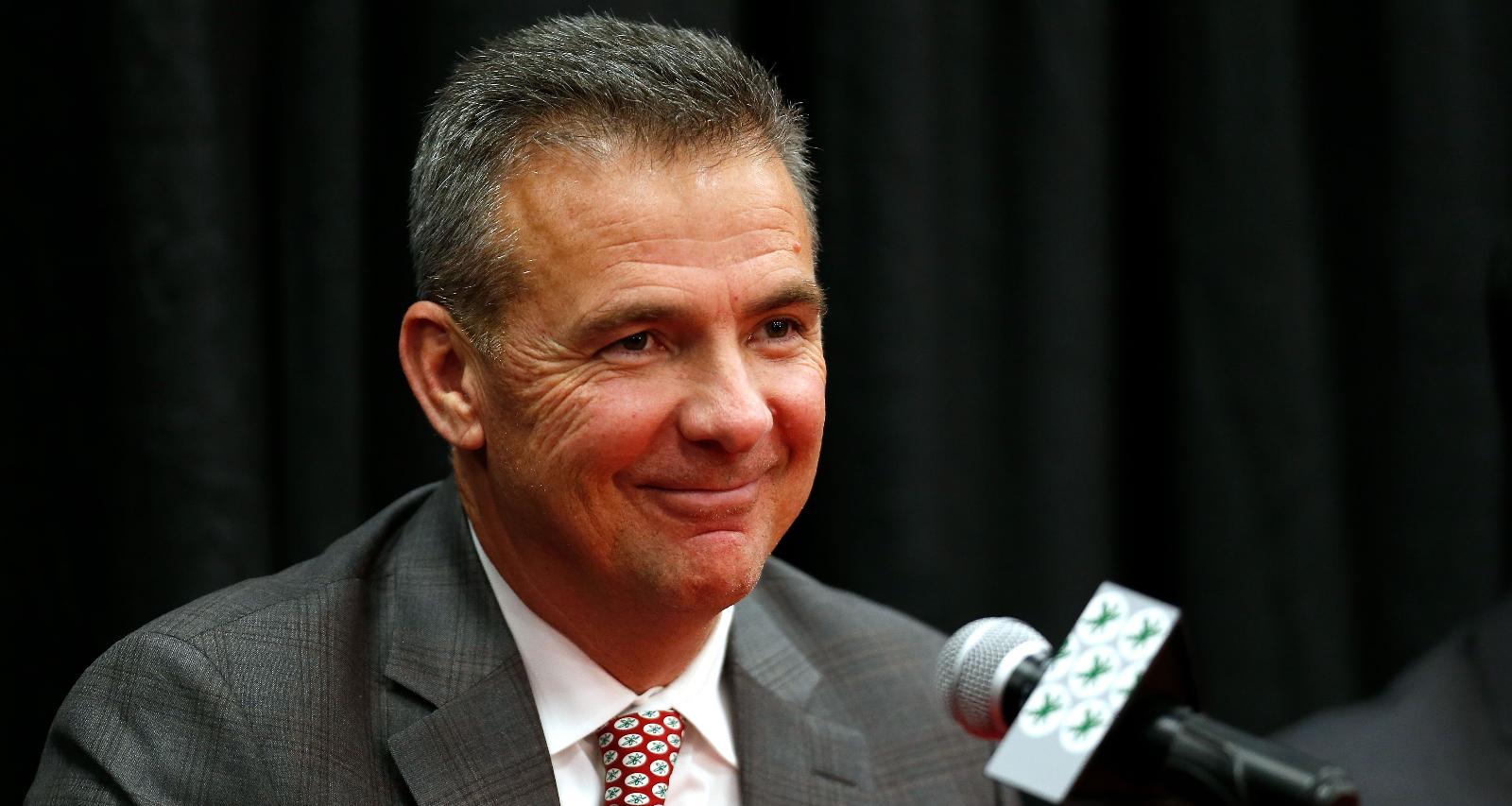 Urban Meyer is set to retire as the Ohio State Buckeyes’ head coach after the 2019 Rose Bowl. Though scandal-ridden, his successful coaching career has earned him an estimated net worth of $30.0 million in 2018. Ryan Day will succeed him as head coach of Buckeye Nation. In recent months, the embattled coach has had to deal with his former assistant coach, Zach Smith’s domestic abuse controversy. But Meyer’s high salary has made it possible for Ryan Day to also negotiate a substantial salary.

He Negotiated a Salary Raise in 2018

An Ohio native, Urban Frank Meyer was born on July 10, 1964 in Toledo, and is 54 years old. After earning his masters degree in sports administration at Ohio State University, he set about a two-decade-long career coaching college football.

Meyer led other college teams like the Florida Gators to championships before returning to his home state to coach the Ohio State Buckeyes in 2012. He initially signed a six-year contract that would earn him $4.0 million annually and an additional $2.4 million in “retention payments.” His salary made him one of the richest college football coaches in the country.

Meyer won three Big Ten titles and the 2014 National Championships during his tenure at Ohio State. That’s probably why the school’s board thought he was worth more than the $800,000 raise he was scheduled to get in 2018.

Instead of the promised $800,000, Ohio State gave him a $1.2-million raise after the 2017 season. They renegotiated a two-year contract extension that brought his salary to $7.6 million, comparable to Alabama coach Nick Saban, who’s the highest paid college coach currently.

The Buckeyes football team was valued at an estimated $100.0 million in terms of how much money the team generates for the university. But some analysts speculated that Meyer’s firing due to the recent controversies would potentially cost the team its sponsors.

Now, Meyer has announced that he will retire after the 2019 Rose Bowl, before his contract is up, citing health issues. Without Meyer, the Buckeyes’ value may certainly decline.

The past few months have been tough for Meyer, who was criticized for mishandling the domestic abuse allegations against his former assistant coach, Zach Smith. Meyer was subsequently suspended without pay for three games at the start of the 2018 season.

If Meyer had to continue his contract up to 2021, he would have made under $9.0 million in salary. Nonetheless, some analysts believe he might not completely retire just yet.

He Was a Sought-After Coach

Meyer’s first collegiate coaching job was as a graduate assistant on the Buckeyes team under his mentor and then-head coach, Earle Bruce. Bruce, who passed away in April 2018, was Zach Smith’s grandfather.

Great to have you here today Coach! Happy 87th Birthday to my great mentor and friend Earle Bruce!! pic.twitter.com/DPhyTCVLtg

In the next 13 years, Meyer would go on to Illinois State, Colorado State, and Notre Dame as an assistant coach. His first stint as head coach was at Bowling Green University in 2001. He would later take the head coach job at the University of Utah in 2003.

The teams at Bowling Green and Utah achieved tremendous success under his leadership. It put him on the radar of other universities who wanted him as head coach.

After much speculation, Meyer took the University of Florida’s offer to coach the Gators in 2005.

Meyer signed a seven-year contract worth $14.0 million to coach the Gators. He went on to sign a contract extension that would earn him $3.25 million a year.

He received another contract extension in 2009 worth $24.0 million. The deal made him the SEC’s highest-paid coach and the third highest-paid college football coach in the country.

However, his tenure at Florida wasn’t without controversy. Thirty-one Gator players were arrested for a variety of charges during his term as coach. Meyer was criticized for his handling of his players’ legal drama.

Still, he would lead the Gators to win two BCS National Championship Games and the 2010 Sugar Bowl. However, he would take an indefinite leave of absence in 2009 after a health scare.

He resigned as coach and turned to a brief broadcasting career. He covered college football games for ESPN for a year before returning to coaching at Ohio State.

He Bought a Million-Dollar Home in Ohio

Meyer was announced as head coach at Ohio State in November 2011, and he joined the Buckeyes in the 2012 season. He found a home for himself and his wife, Shelley, just in time for spring practice.

Meyer purchased a home in Dublin, Ohio, 13 miles away from the campus. The 11,000-square-foot home came with a price tag of $1.45 million. The seven-bedroom mansion sat on a golf course and boasted an outdoor pool.

Before moving to Ohio, the Meyers resided in Gainesville, Florida. Their six-bedroom home with an indoor pool and a large living room to host the whole team was listed for sale at $1.7 million in 2012.

Here’s how Urban Meyer compares to other college football coaches