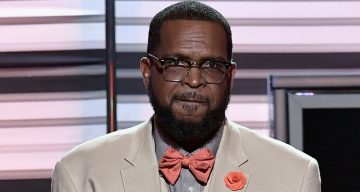 Tuesday was a celebratory moment for rapper Luther Campbell, who is famously known as Uncle Luke, as he won the Lifetime Achievement Award at the BET Hip Hop Awards for his contribution and influence in rap music. Uncle Luke’s net worth in 2017 is estimated to be $8.0 million. If you want to know more about his wealth and work, then keep reading.

At the 2017 BET Hip Hop Awards, Uncle Luke was presented with the Lifetime Achievement Award for his work in music. “Thirty years in this business, and ain’t nobody ever honor me for s**t,” Luke said during his acceptance speech. “We got kicked off stage because they said we did booty music. Said we wasn’t hip-hop. With the conventions, they told us that the South would not be what it is today. I said f**k y’all,” he added. With his new award and growing success, his net worth is sure to increase. If you want to know how rich Uncle Luke is, then we have all the details for you, right here.

Uncle Luke’s net worth is estimated to be $8.0 million and is a result of being a successful record label owner, musician, and actor who starred VH1’s Luke’s Parental Advisory.

Also Read: Eminem’s Net Worth 2017: The Voice of Troubled Times

Birth of a Rapper

I think I might just stay here what's the point of coming back.

Born on December 22, 1960, in Miami, Florida Uncle Luke’s age is 56. He has Bahamian and Jamaican ancestry. Currently, all that is known about his childhood is that he has three older brothers. He also takes on the stage names Luke Skyywalker and Solo Luke.

Though now mostly associated with the 2 Live Crew, Luke was not an original member. Once a concert promoter in Miami working to bring in early ’80s rap to the city, Luke also worked as a cook at Mt. Sinai Hospital in Miami Beach.

In 1983, he signed up for an eight-week course at WDNA, a public radio station. There, he learned production methods and basic audio editing. He initially started his own label, Luke Skyywalker Records, whose name changed to Luke Records, after George Lucas sued them for naming it after his famous Star Wars character.

Luke’s debut solo limited play, Banned in the USA was reportedly a 2 Live Crew record under the New “Luke” record handwritten label. He allegedly sold the LP from his car and he paid the group a flat fee instead of royalties. In 1991, when 2 Live Crew’s contract with Luke Records came to an end, they and the label’s in-house producer, Mr. Mixx, left the crew and went back to California.

You know when you're blessed when you have friends that have been your friends for a very long time and they haven't changed.

That was the year Luke released his solo record, I Wanna Rock and hired outside producers. His album, My Life & Freaky Times was released in March 2006 and featured Petey Pablo, Jacki-O, Trick Daddy, Big Tigger, Dirtbag, and Pitbull. Throughout his career, he released several albums, including The Luke LP, I Got S**t on My Mind, In the Nude, Uncle Luke, Freak for Life, Somethin’ Nasty, and Changin’ the Game, as well as the compilation albums Greatest Hits, Luke’s Freak Fest 2000, and Scandalous: The All Star Compilation.

There are varying accounts of Uncle Luke’s kids. Some claim that he has seven children from six different relationships. But in 2010, one of his daughters allegedly called him a “deadbeat dad.” Luke responded by saying, “I have one kid right now. His name is Blake Campbell and he stays with me, and me and my wife raise him. It’s important to practice safe sex and it’s important to not have sex without condoms because you’ll be sperm donating and when you sperm donate to angry mothers then unfortunately it’s about a check. ”

He further claimed, “When you get a check, the results of that check ends up where your sperm donation kids are online talking bad about you after you paid millions and millions dollars in child support. And the mothers are angry and keep you away cause you don’t want to be with them and you’ve moved on with your life and got married.”

Luke met his wife, Kristin Thompson in 2006 at Jerry’s Deli in Miami. He proposed on Halloween 2007 and the two walked down the aisle a year later. Talking about his marriage, Luke said, “I waited 47 years to find a special woman and have found that in Kristin, I never knew that I could feel love on another level like this until I met her, and I am now honored to call her my wife.”