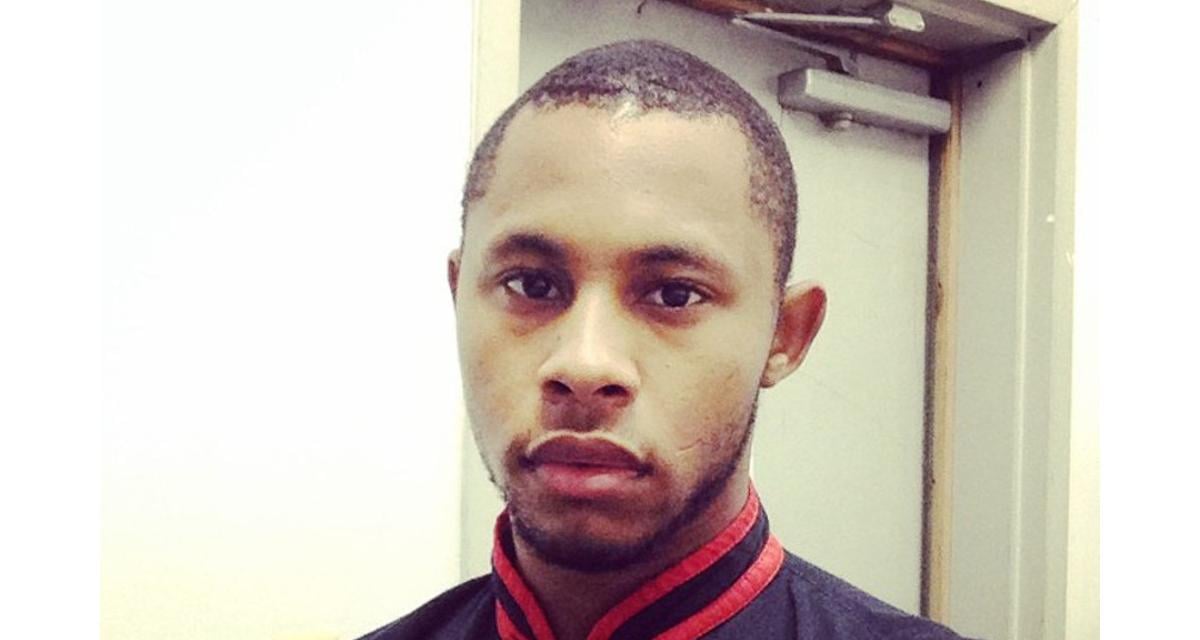 This week (June 28), Growing Up Hip Hop took an interesting turn when Tyran Moore Jr. appeared on the show. Who is Tyran Moore Jr.? He’s Sandy “Pepa” Denton’s son with Tyran Moore Sr., a rapper with many names but better known by his stage persona, Tah-Tah.

Egypt Criss’ drama on Growing Up Hip Hop makes us forget that she has a brother. Pepa and her son, Tyran Moore, were reunited on the show after a long time apart. He’s not Treach’s son, but Egypt’s dad and Tyran have a father-son relationship. The same can’t be said about Tyran’s relationship with Pepa. But he’s arrived on GUHH to fix that.

Here are some details from Tyran Moore’s wiki.

Egypt Criss is Pepa’s daughter with her ex-husband, Treach, from Naughty by Nature. Before she married Treach, Pepa was in a relationship with Barry Riddick a.k.a Tyran “Tah-Tah” Moore. Their son, Tyran Moore Jr., age 28, was born in 1990.

Moore Sr. is a rapper, but he’s famous for his run-ins with the law. He was allegedly a member of the Supreme Team, a street gang from South Jamaica, Queens. His rap sheet includes arrests related to murders and convictions for drug offenses.

When Tyran was 13, his father was engaged in a standoff with police in relation to the shooting of an officer. Moore Sr. had taken his adult nephew, a woman, and the woman’s child hostage in an infamous 2003 standoff in Brooklyn.

Police were able to talk him down and escort him in handcuffs. No one was injured in the incident.

It appears that Tah-Tah wasn’t around much when Tyran was growing up. He looks up to his half-sister’s dad, Treach, as a father.

Moore refers to Treach as “Pops” or “Dad” on his Instagram. Even Treach has called Tyran his “prince.”

He Tried to Fix His Relationship with His Mother

Pepa largely raised Tyran and Egypt as a single mother. The Salt-N-Pepa artist had expressed her concern back in 2010 about her children’s exposure to an entertainment scene that’s more sexually explicit than when she debuted.

But it appears that Tyran Moore and Pepa’s bond isn’t the same anymore. Egypt said on the show that Pepa was on tour much more when Tyran was a child than when Egypt was younger.

Tyran, according to Pepa, was under the impression that their mother spent more time with Egypt than with him and didn’t understand that Pepa had a busy career at the time.

Tyran currently resides in New Jersey. And with Pepa and Egypt in Los Angeles, there aren’t many opportunities to get together.

In the latest episode of GUHH, Tyran visits Pepa to heal their broken relationship. Tyran is left disappointed when Pepa heads out on a date soon after he arrives. Pepa also didn’t spend much time with Tyran at his welcoming party because she was preoccupied with her feud with Briana Latrise.

It’s also a lot to take in for Tyran when he learns that his sister has moved in with her boyfriend, Sam. He’s alarmed when Egypt tells him about their cousin, Tee-Tee’s beef with Sam and that he has kids.

And Egypt can’t emphasize Tyran’s overprotective brother tendencies enough. Tyran has the “big brother conversation” with Sam while showing off his martial arts skills. But at the end of the day, Sam gets Tyran’s seal of approval.

Tyran Is a Martial Artist and Can Sing, Too

Unlike Egypt and Pepa, Tyran has a modest Instagram following. But his account is worth following, especially when you hear him sing.

He is definitely the son of a performer and would make a great addition to GUHH. Tyran most recently shared a stage with Treach during the Ship-Hop Cruise 2018.

The 28-year-old also practices the Wing Chun, an evolved version of Chinese martial arts and boxing for self-defense. He teaches it and regularly posts photos from work.

We wouldn’t really mind if Tyran Moore Jr. made more appearances on GUHH.