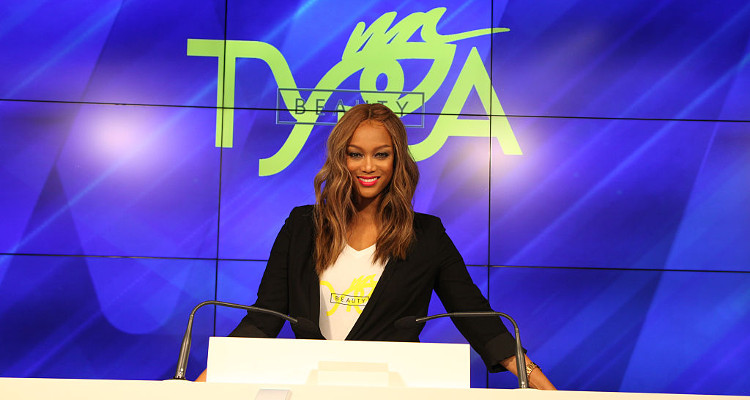 Tyra Banks is the new host of America’s Got Talent. Fans of the 43-year-old have watched the model, entrepreneur and mother host America’s Next Top Model for years. Find out more about Tyra Banks’ son in our York Banks Asla wiki.

In 2013, Tyra Banks started dating Norwegian photographer, Erik Asla. Three years later, their son was born. How old is Tyra Banks’ son? York Banks Asla was born on January 27, 2016, via surrogacy, making him almost a year and a half.

They announced the birth of their son on Instagram saying, “The best present we worked and prayed so hard for is finally here. He’s got my fingers and big eyes and his daddy Erik’s mouth and chin. As we thank the angel of a woman that carried our miracle baby boy for us, we pray for everyone who struggles to reach this joyous milestone. York Banks Asla, welcome to the world.”

Many harsh comments were made against the former model when she announced that she was having a baby through surrogacy. However, she opened up about her decision during an interview, “When I turned 40, the one thing I was not happy about is that I did not have kids. I’m like, ‘Damn, the clock is ticking!’ Since I was 24, I used to say every year, ‘I will have kids in three years.’ I kept saying it over and over again … When you’re like, ‘OK, I’m just going to do it,’ then it’s not so easy as you get older.” After undergoing unsuccessful IVF procedures, the couple resorted to surrogacy.

Tyra Banks’ Happy Life with Her Son and Boyfriend

This is the Happiest Valentine's Day of my life. York, Daddy, and I send you so much love.

Tyra Banks’ boyfriend, Erik Asla, already has two daughters from a previous relationship, and has played a big role in raising their son. Banks opened up to People saying, “My secret to balance is to focus on one thing at a time. I used to be the most amazing multitasker, doing three things at once. Not anymore, now that I have my son. I think that’s Mother Nature’s way of saying this life you created takes all of your brain power. Now I’m like, ‘Mommy’s going on a conference call,’ and I give him to his dad.”

York is Already Helping Out

York Banks Asla already likes to help his mother with doing chores around the house.

“He is Mummy’s little helper! He’s in love with his baby-sized broom. Right now, he is into everything and anything, especially stuff he can push or move, so his curiosity is constantly making me laugh.”

Banks tries to keep her son out of the limelight and rarely posts pictures of him on her social media accounts. With her hosting gigs, Tyra Banks is happy about the fact that she can bring her son to with her, “My schedule tends to get insane, so I’m extremely lucky that I can bring him to work with me. He’s already making friends with the crew and loves running around, he is obsessed with big vehicles, so watching the production trucks move is a treat for him.”