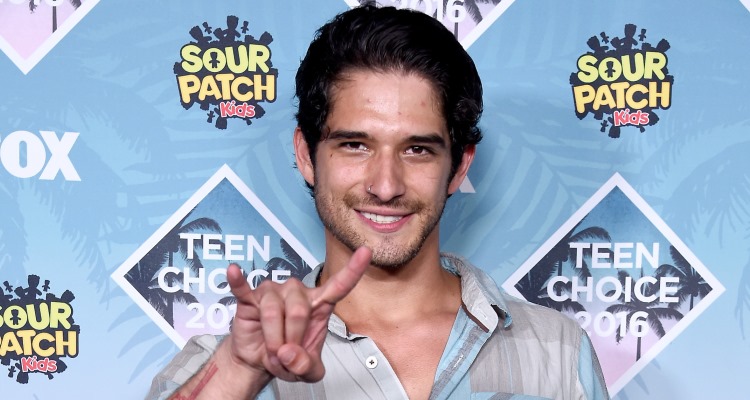 Tyler Posey’s name has come up again across social media platforms, as his supposed ex-girlfriend, Bella Thorne shared some cryptic tweets about their relationship. Our Tyler Posey wiki will provide facts to know about the celebrity and shed light on the ever-complicated relationships with his ex.

Teen Wolf star, Tyler Posey has unintentionally received a lot of online attention with the recent social media actions of his ex-girlfriend. Actress Bella Thorne dated Tyler for a few months beginning at the end of summer, and often shared passionate photos of the couple on her Instagram. Speculations have risen that the couple broke up when paparazzi spotted Bella kissing a different guy at the beach. Want to know more about this peculiar situation? Curious about Tyler’s career and dating life? Here’s what you need to know.

If you’re wondering how old is Tyler Posey, the actor celebrated his 25th birthday in the fall. Born October 18, 1991 in Santa Monica, California, Tyler Garcia Posey is known for his role in MTV’s Teen Wolf television series, as Scott McCall. His parents are John Posey, an actor and writer, and Cyndi Terese Garcia. He also has two bothers. Since 2001, Tyler has had a steady career in the film and television industry. He appeared in Collateral Damage (2002), and in Maid in Manhattan (2002) as Jennifer Lopez’ character’s son. Tyler and Taylor Lautner are good friends, as well. The two wolf-boys regularly auditioned for the same roles while they were child actors. Tyler went for the role of Twilight’s Jacob Black in 2007, but lost the spot to Taylor Lautner.

Tyler has 24 credits in film and television, which include his roles as Raul Garcia in the TV series called Doc, Obert’s voice in Inside Out (2005), Gabriel Whedon in Brothers & Sisters, Andrew Ortega in Lincoln Heights, Doug in White Frog (2012), David in Scary Movie 5 (2013), and more.

It wasn’t until 2011 that Tyler made his breakout role in Teen Wolf, which is based on the 1985 film. His character, Scott McCall was bitten by a werewolf and must keep his new life a secret, while simultaneously protecting his family and friends from various supernatural threats. Tyler’s mother died of breast cancer in December 2014, and Teen Wolf season 5 was dedicated to her. In 2015, he became a co-producer for the show’s fifth season. Tyler Posey’s net worth currently sits at $1.5 million.

Aside from acting, Tyler also plays in a band called Disappearing Jamie, formerly known as Lost in Kostsko.

When Tyler was only nine years old, he entered a two-year relationship with Miley Cyrus (yes, you read that correctly). When he was 12, he began dating Seana Gorlick, and after a few years they were engaged! In October 2014, they called off the engagement. Talk about dating at a young age!

Tyler Posey and Bella Thorne’s relationship, which began mid-August 2016 and ended December 2016, was met with a lot of social media attention. On Thursday, Bella’s fans were led to believe that she moved on from her relationship with Tyler, as she was spotted kissing 25-year-old musician Charlie Puth on Sunday (December 18), while the pair had a romantic stroll on a Miami beach. Thorne never confirmed her breakup with Tyler, so it came as a shock to her fans. Bella and Tyler’s relationship was a steamy one, as the Shake It Up! actress shared intimate photos of them on her Instagram.

Their relationship also seemed like a quick move for many of her followers, considering Bella had previously and recently broken up with her boyfriend of a year, actor Gregg Sulkin. She then came out as bisexual via Twitter on August 23, before entering a relationship with Tyler.

Although Bella was spotted earlier this week with Charlie Puth, she shared a photo in what appears to be a mood of nostalgia. Her Twitter post from late Wednesday night features two Polaroid photos, one of her beside a friend on a swing, and the second of her standing in what looks like Tyler’s arms. “Taking a trip down memory lane,” she tweeted, with a blue heart emoji. However earlier, when a fan asked her via Twitter to respond regarding the recent rumors about her dating life, she wrote, “Me and ty never lived together… We just were always together… Rumors rumors, can’t always believe the media.”

Ty and I have been broken up for like over two weeks and charlie and I ARENT DATING we are friends. That article was written forever ago.

Despite all the buzz about his past relationship, Tyler still seems apathetic about it all. He hasn’t posted to social media about Bella’s comments, nor has he reacted to their breakup. The actor has simply moved on and continues to focus on his career goals. We think that’s a smart way to handle it and avoid unwanted and unnecessary attention!