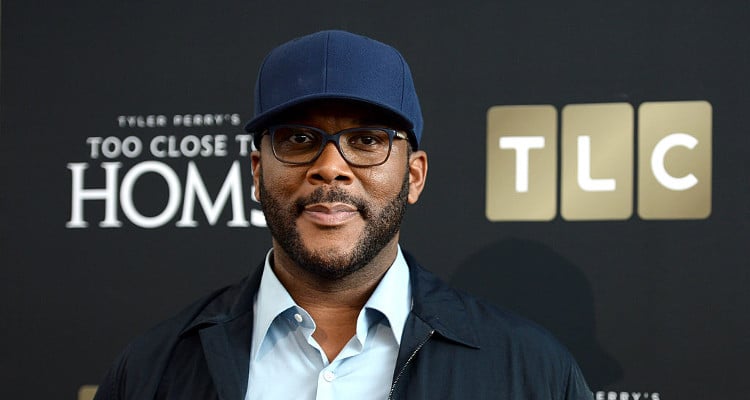 Tyler Perry overcame a traumatic childhood of being physically and sexually abused by the people who were supposed to take care of him. He learned how to write and slowly and steadily staged plays, made TV shows and films, and established himself as one of the most creative artists in Hollywood today. By announcing his decision to donate $1.0 million towards helping the victims of Hurricane Harvey, Perry is making good use of his $600.0 million net worth. He is putting his money where his heart is!

Hurricane Harvey battered southeastern Texas, and the damage is catastrophic. Even by conservative estimates, it will require billions of dollars to rebuild what has been damaged and destroyed. Every helping hand and dollar counts, so with Tyler Perry’s donation of $1.0 million to the victims of Hurricane Harvey, a little for the actor will go a long way for residents. How rich is Tyler Perry? While some people may scoff at his donation, saying that it is not much considering Tyler Perry’s net worth of $600.0 million, they are missing the point. Perry decided to help, unlike many who only paid lip service, despite being very financially well off.

Tyler Perry is an actor, comedian, filmmaker, writer, and gospel songwriter. Even though he did not graduate from high school he eventually went for his GED, and was inspired to write after watching an episode of The Oprah Winfrey Show. In it, someone described how therapeutic writing was, and how much it could help work out the author’s problems. He then wrote himself a series of letters, which was the idea behind his play, I Know I’ve Been Changed.

Making a Mark on Television

Perry wrote and produced many plays in the 1990s and the early 2000s, several of which have been turned into films. He is best known for creating the fictional character Madea, a tough, strong, elderly woman he portrays. Perry created several films, some of which are live recordings of his stage plays, while others are bigger productions. Tyler Perry’s TV shows have been particularly successful including Tyler Perry’s House of Payne, Meet the Browns, Tyler Perry’s for Better or Worse, Love Thy Neighbor, and the soap opera The Haves and the Have Nots which aired on the Oprah Winfrey Network  as part of an exclusive multi-year partnership between the network and Perry.

Ok!  It's temptation Tuesday. The Haves is on tonight. Here's where it turns!! Only on OWN.

On September 9, 2014, OWN premiered another If Loving You Is Wrong, also created by Tyler Perry, which proved to be just as popular as his other shows. Perry’s TV shows have since reached a nationwide audience, and his fanbase only continues to grow. A measure of his success is his recent deal with Viacom of 90 episodes per year of original drama and comedy shows. The TV deal begins May 2019 as Perry is still under contract with OWN.

Tyler Perry’s movies have also been very successful and have established him as a creative filmmaker with the rare ability to laugh at himself and his communities’ follies. Perry’s first movie, Diary of a Mad Black Woman, was made with a $5.5 million budget which he raised in part from his stage productions. He hit the big time with Madea’s Family Reunion which opened at the number one spot in the U.S. box office. The film grossed more than $65.0 million and started a successful franchise for Perry. Subsequent movies like Daddy’s Little Girls, Why Did I Get Married?, Meet the Browns, and The Family That Preys which all earned modestly at the box-office, but established Perry as a force to reckon with in Hollywood.

Memories of a Traumatic Childhood

On set in rehearsal for @thepassionlive. Tomorrow will be epic!!!

It was Perry’s Madea films that have made him a household name. Films like Madea Goes to Jail, I Can Do Bad All by Myself, Madea’s Big Happy Family, Madea’s Witness Protection, A Madea Christmas, and Boo! A Madea Halloween all struck gold at the box office, and the franchise proved to be an enduring one. In all, Perry’s films have grossed more than $500.0 million at the box office while his own net worth has crossed $600.0 million. The lucky woman who gets to share this fortune is Perry’s partner, Gelila Bekele, who is the mother of their son, Aman Tyler Perry. The filmmaker is taking his responsibilities as a father very seriously as he knows what it is like to have a bad one. Perry had a traumatic childhood where he was sexually abused, and had a stepfather who would regularly hit him. He once said that his father’s “answer to everything was to beat it out of you.” Perry turned to church looking for refuge and peace of mind, a decision that positively affected him.

What an amazing night last night!!! I was at the White House for the Kennedy Center Honors!! Congrats to all the honorees and my darling Cicely Tyson!!

Perry used his enormous wealth to deal in real estate for himself. In 2007, he bought a 17-acre estate in Buckhead, Atlanta which he reportedly sold for $17.5 million in May 2016. Currently, Tyler Perry’s house is Dean Gardens, a 58-acre estate in an Atlanta suburb of Johns Creek. According to reports, he tore down the existing 32,000-square-feet property and built a new, eco-friendly home in its place. Despite having a massive fortune of his own, Perry did not forget his childhood of deprivation and abuse. So when he decided to give a million dollars for the victims of Hurricane Harvey, Perry did it because he felt their pain. It was his way of sharing their helplessness and sense of homelessness. Under all that wealth and achievement beats a heart that understands how important it is to lend a helping hand!