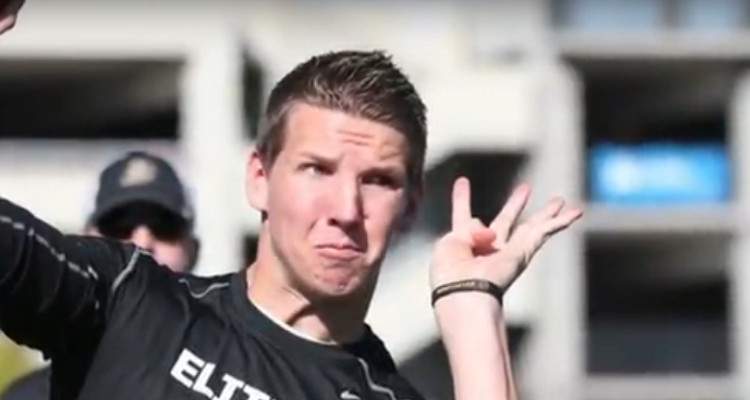 Nobody saw it coming, and it was a huge shock to everybody when rising football star Tyler Hilinski’s dead body was discovered in his apartment on January 16, 2018. The police have said that it is a case of suicide and Hilinski died of a self-inflicted gunshot to his right temple. A rifle and a suicide note were found at the scene of his death. Hilinski was a Washington State quarterback for the Cougars, and condolences have been poured in from his colleagues, coaches, friends, and fans ever since. Get the scoop in our Tyler Hilinski wiki below.

Tragedy struck the Washington State Cougars of Washington State University when one of their star players, Tyler Hilinski, died from an apparent self-inflicted gunshot wound on Tuesday, January 16, 2018. His dead body was discovered in his apartment after a search for him was conducted because he didn’t show up for practice on Tuesday, January 16.

According to the Pullman Police Department, a rifle “was recovered next to Hilinski, and a suicide note was found.”

After his death, Washington State coach Mike Leach said in a statement “We are deeply saddened to hear the news of Tyler’s passing. He was an incredible young man and everyone who had the privilege of knowing him was better for it. The entire WSU community mourns as thoughts and prayers go out to his family.”

Now, people want to know more about this talented young man. So, keep reading to more about the life and tragic death of this rising football star.

Hilinski was an American college football quarterback for the Washington State Cougars. He studied at the Notre Dame High School at Sherman Oaks, California, before he got a transfer to Upland High School in Upland, California.

Tyler Hilinski became a Washington State quarterback for the Cougars in 2016. He was a sophomore when he started for them in the 2017 Holiday Bowl.

Hilinski played in eight games in his sophomore season. He threw for 1,176 yards, and scored seven touchdowns, becoming an important member of his team.

Coaches, colleagues, and fans are all shocked at the news of Hilinski’s tragic death and are sending in their condolences.

Interim athletic director John Johnson said, “The tragic news today surrounding Tyler Hilinski is devastating to all. Tyler was a tremendous individual, great friend, and teammate, and he will be deeply missed. Our hearts go out to his family and friends.”

Former Washington State linebackers coach Roy Manning tweeted, “Words can’t describe what I’m feeling right now. My heart is beyond saddened. Please pray for the family and all of us affected!”

Tyler Hilinski’s age was 21 at the time of his death.

Defensive back Skyler Thomas wrote on Twitter, “Ty you were a great teammate, friend, brother anything we needed you to be. You brought smiles to the people around you. I am sorry I could not be there for you when you needed a smile for yourself. Love you man.”

Bright Star Is No More

Football runs in Tyler Hilinki’s family as both his elder brother, Kelly Hilinski, and his younger brother, Ryan Hilinski, played as a quarterback for their high school and college teams, respectively.

Tyler Hilinski’s Instagram account is full of pictures of Hilinski playing on the field, spending time with his family and fellow team-mates, and signing autographs for kids. It shows how popular Hilinski was, even at a young age, and how he gave back to his fans and friends.

With Hilinski’s death, college football has lost one of his brightest stars just when his achievements were starting to get publicity. It is not known at this point what led Hilinski to take this extreme step, but his family and friends are hoping to get closure on his shocking death.