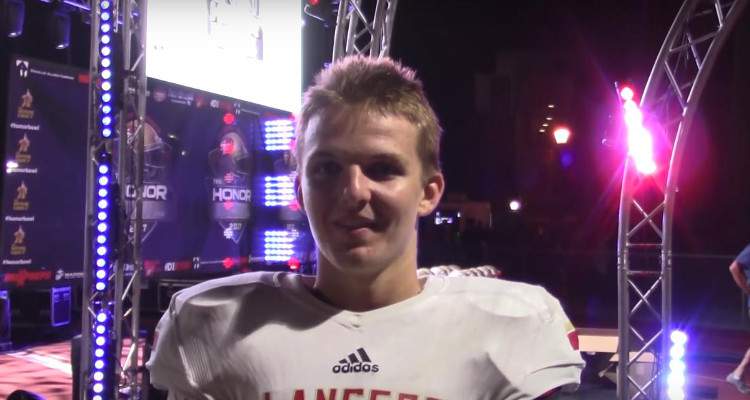 Washington State University quarterback, Tyler Hilinski was found dead in an apartment on Tuesday with a gunshot to his head. Authorities believe it was an apparent suicide but details have yet to be released. Hilinski’s younger brother, Ryan is a high school quarterback. He tweeted about his brother’s death after the news was released, and since then, fans are curious to know more about him. Keep reading to know more about Tyler Hilinski’s brother.

21-year-old Tyler Hilinski was found dead in an apartment on Tuesday, with what is believed to be a self-inflicted gunshot wound to his head. Authorities found a note and a rifle in the apartment. The details of the note have not been revealed as the investigation is still ongoing, and authorities are investigating “the suspected cause and manner of” Tyler Hilinski’s suicide.

Coach Mike Leach of Washington State University said, “We are deeply saddened to hear the news of Tyler’s passing. He was an incredible young man and everyone who had the privilege of knowing him was better for it.”

The Hilinski family have not released a statement, but on Tuesday, Tyler Hilinski’s brother tweeted, “Please keep my family in your prayers tonight.”

Work so hard, that one day, your signature will be an autograph ?

The Hilinksis had another brother named Kelly, who was a quarterback for Columbia University in 2013 and Riverside City College in 2014, before transferring to Weber State University.

Ryan currently attends Orange Lutheran High School, where he is expected to graduate in 2019. He stands tall at 6’4.”

Ryan Hilinski is very active on Twitter, where he typically posts updates about his team and stats. Ryan Hilinski’s Instagram is also regularly updated, with shots from various games, as well as his life on and off the field.

Accepted a Scholarship from Washington State

Ryan was offered a spot in Washington State’s 2019 recruiting class. Though he has not yet accepted the offer, he tweeted, “Excited and honored to say I have received an offer from Washington State University! #GoCougs.”