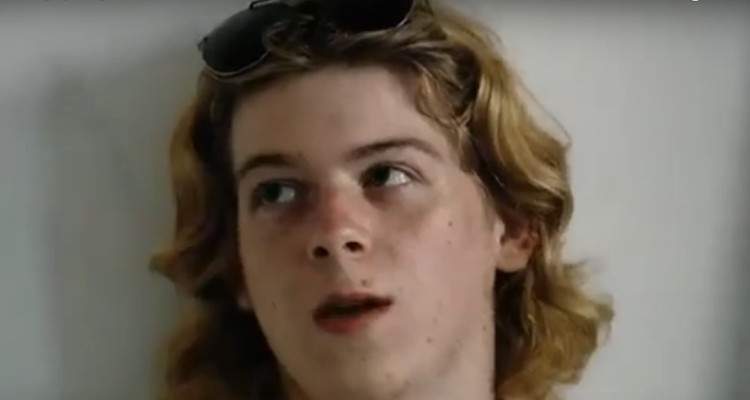 A young woman named Philomena has accused clothing designer, Tyler Grosso of being an accomplice in her rape, which was allegedly at the hands of WWE wrestler Enzo Amore. She took to social media to say that Grosso was 100% involved and should be prosecuted by law. Grosso, who rose to fame with his streetwear brand of clothing named Superrradical, has not made any comment on these disturbing accusations so far. Get the details about Tyler Grosso and Enzo Amore’s rape accusations, right here in our Tyler Grosso wiki.

The world of wrestling is in shock after a woman (who goes by the name Philomena) recently accused WWE Cruiser Weight Champion Enzo Amore of raping her in October 2017. Philomena uses the handle “@MissGucciWitch” for her Twitter account and tweeted that while Amore raped her, a woman named Layla Shapiro and designer, Tyler Grosso were also involved.

Philomena tweeted on January 22, 2018, “OKAY..it’s been long enough & I have been so so scared to share this. I was raped in mid-October by the WWE Enzo Amore (also known as Eric Arden) & Tyler Grosso & TOOPOOR let it happen as accomplices. I was in a mental hospital for 45 days after it. They ARE NOT good people.”

The repercussions of this accusation were immediate, as WWE suspended Amore and issued the following statement: “WWE has zero tolerance for matters involving sexual harassment or sexual assault. Until this matter is resolved, Eric Arndt (aka Enzo Amore) has been suspended.”

Who Is Tyler Grosso?

Born on December 1, 1993, in North Carolina, Tyler Grosso’s age is 24. Grosso is a clothing designer known for his brand, Superrradical and for working as an assistant to the A$AP Mob, especially ASAP Yams. He had moved to New York City to work with the A$AP Mob after moving from North Carolina.

had to step out of a meeting to take this selfie ⚔️

Grosso started working for ASAP Yams as an intern after responding to a Facebook post in 2012. He has also worked with ASAP Rocky, probably the most famous member of the A$AP Mob.

Things worked out well initially, but in 2015, Grosso parted ways with A$AP Mob so that he could focus on his streetwear brand, Superrradical.

Music Is His Inspiration

Grosso has said in interviews that documentaries and music inspire his clothing styles. He was once homeless for a while but later found a loft to live in.

There are several photos of Grosso hanging out with Enzo Amore during October 2017 in the public domain when the alleged rape took place.

A Message for the Youth

When he was asked if he had any message for the youth of today, Grosso had said, “Work hard, be different but not fake different. Stop asking for handouts. Be creative in any way you can. Just bust your ass, and everything will come to you, I promise!”

Grosso has dated fellow Instagrammer, Too Poor, who has also been accused by Philomena of being involved in her alleged rape.

i know what the fuck goin on

In fact, on January 22, 2018, Philomena wrote, “Most people only blame Enzo but believe me Tyler & Layla were 100% aware & involved & hopefully if these charges go through & they all get prosecuted I’ll feel so much safer. I love you & thank you so much.”

While Too Poor has responded to Philomena’s allegations through social media, Grosso has not yet said anything about the matter. Encouraging or assisting in any kind of sexual assault is a very serious crime. And now that Grosso has been accused of precisely that, people want him to stand up and tell his side of the story.

For his and the truth’s sake, we hope that Tyler Grosso does that as soon as possible.