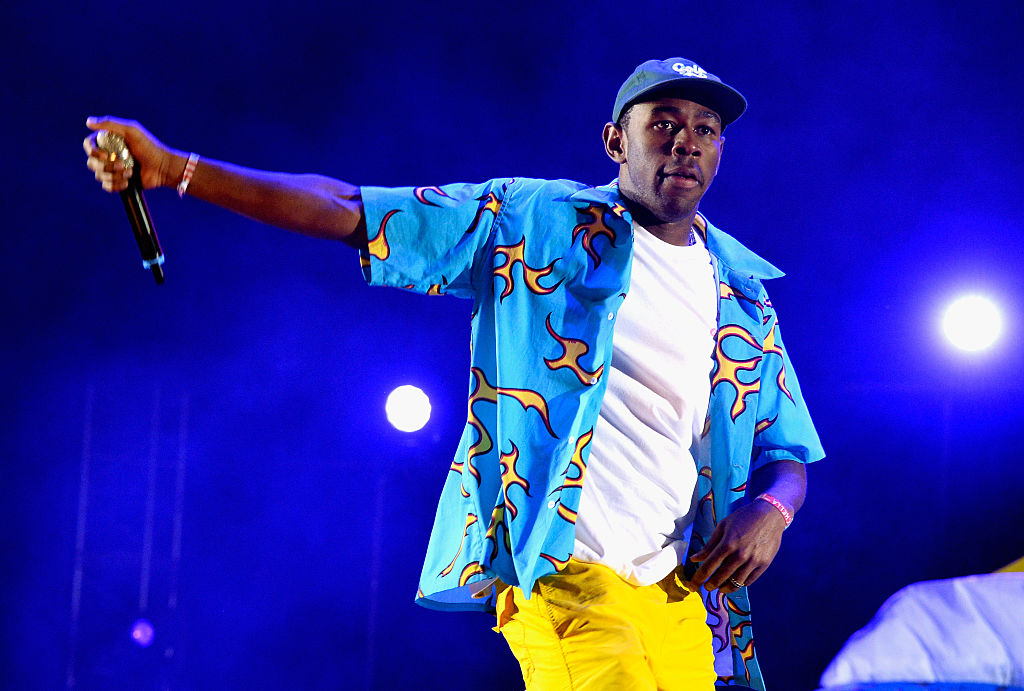 Tyler The Creator was born on March 6, 1991 in Los Angeles, California and was raised by a single mother of Nigerian and European-Canadian descent. He never met his father. Tyler’s real name is Tyler Gregory Okonma.

Tyler taught himself to play the piano at 14 and created covers to his own imaginary albums. He also changed different schools a lot and worked a series of odd jobs at places like Starbucks and FedEx, before getting his big break. 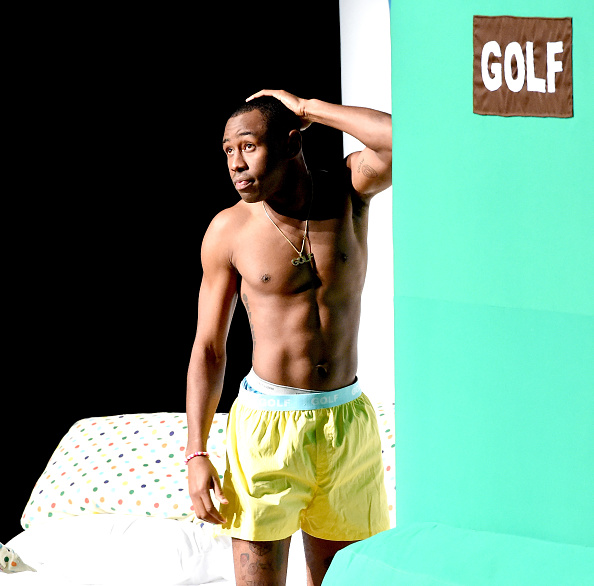 Tyler The Creator’s Net Worth

The 25-year-old rapper got his first taste of fame when an article in the Los Angeles Times ran a “teen on the street” story on the then-16-year-old skateboarding enthusiast/up and coming singer with an interest in fashion. The Cherry Bomb singer has since made his mark in the hip hop and rap world, looking for new ways to inspire himself. He now has a net worth of $4.0 million and continues to work with many of the best talents in the business. Now, he’s close friends with Justin Bieber, Kanye West and Pharrell!

Despite his talents, Tyler has been criticized for his use of homophobic slurs, although he claims he’s not homophobic. He is friends with Frank Ocean (an openly gay singer) and his rap group, Odd Future includes two openly LGBT members.

The following is an excerpt from his interview with LA Weekly, discussing the controversy.

“I’m so glad that’s over,” Tyler says, wearing a pink and teal OF donut hoodie, black jeans, Vans and a green hat. “I wasn’t using ‘fag’ to refer to gay people. If I call a piece of lettuce a faggot, am I homophobic? I might be anti-lettuce but …” he said. (Don’t worry, most people aren’t exactly sure how to take that one, either.) 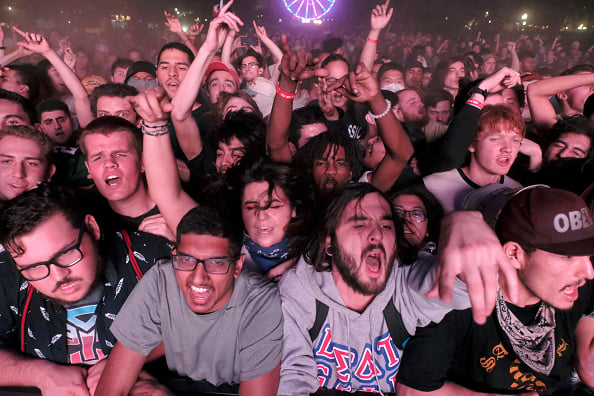 He’s a Fan and a Friend of Frank Ocean

Tyler isn’t just a fan of Frank Ocean’s (and his album) but he is a close friend of his, as well. He wasn’t afraid to let the world know, in an interview with GQ.

“I liked it a lot. Like, it’s my favorite thing from him. It’s weird because I’m friends with him and this album made me so, so, so much of a fan boy. It’s crazy because I was with him when it came out, like that week or whatever, and I kept complimenting him on certain songs, certain little things that I liked in different songs. And I low-key think he started getting annoyed cause I just kept badgering him about how much I liked the album. But I really, really f—g like it. And I’m really hyped for him and he’s hyped and shit’s great.”

He Was Seen Collaborating with Pharrell

According to HipHopWired, Tyler The Creator and Pharrell were spotted in the studio together, leaving many to come to the conclusion that the pair are working on some new music. Now, after two years since they last worked together, the two artists are back in the lab, cooking up what can only be a great hit single. We can’t wait to see what these two are working on!

He’s Got His Own Fashion Line

The “Yonkers” singer has always been an admirer of clothes and he finally gets to live out his dreams. Last year, the rapper designed the Golf Le Fleur sneakers and furniture for his fashion show.

“Making a shoe isn’t easy. I’m still putting finishing touches on it and trying to make sure it’s the perfect shoe so I don’t have to worry about shit later,” he said in an interview with GQ. “So I can just focus on cool colorways and cool shit to do around it. So putting finishing touches on it. It’s coming soon. They’re f***ing sick and I’m really hyped. I hope that it’s successful so I can sponsor people that I think are cool, whether I’m sponsoring just the skate kids that I see. Or like artists that I’m a fan of. Or racers. There’s a whole subculture of kids who ride go-karts, for real. Sponsoring random sh-t like that that, I’m into. Everyone goes for the basketball players and football players and stuff.” 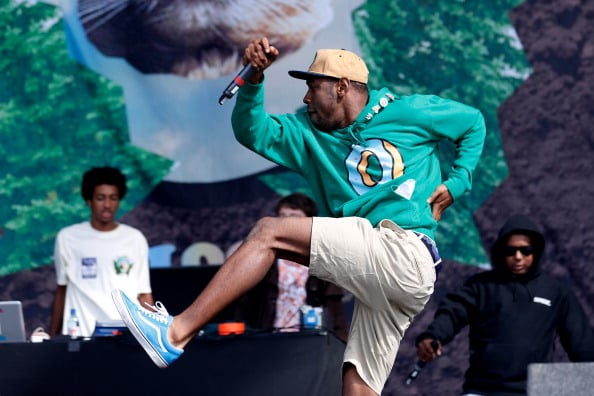