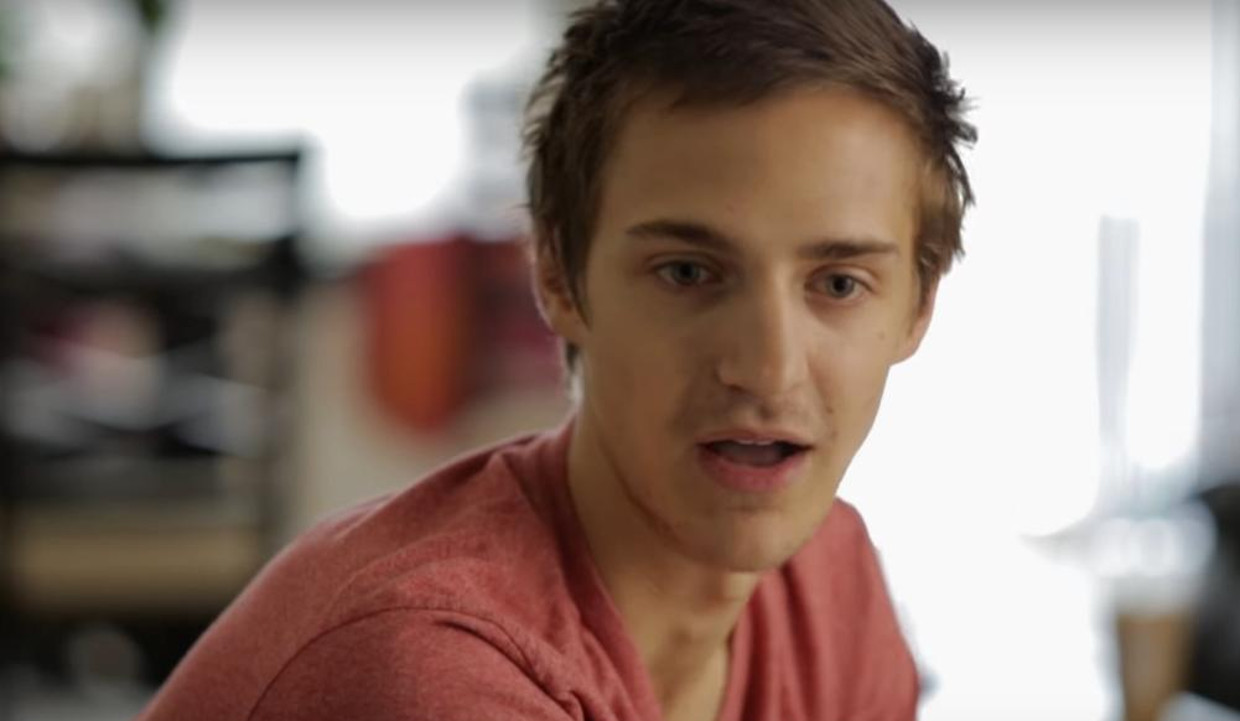 Tyler Blevins, famously known as “Ninja” on Twitch, travels around to different places in the world to participate in gaming tournaments. He doesn’t just make money from these tournaments; he’s earned a name for himself in the gaming world, as well as an impressive reputation and sponsorships. But all that could have ended in the blink of an eye due to an injury that nearly left him blind. If you’re curious to know more about the man who made gaming his career, then keep on reading!

Who knew playing video games like Xbox and PlayStation could give you a successful career? That’s what happened to a professional “Fortnite” player and Twitch live streamer, who’s spent his life in front of the gaming screen trying to perfect his every move and be the best. Many scoffed at the idea of turning his online gaming obsession into a career, but that is exactly what he did. And now, his success is sky-rocketing!

Recently, Blevins gave an interview to Paul Tassi, wherein they had a discussion about “Fortnite,” the online fighter game Blevins originally became known for. He ended up giving tips and tricks.

Tyler Blevins was born on June 5, 1991, in Lake Villa, Illinois, which makes his age 26. Blevins’ brothers, John and Chris are also huge gaming fans and Blevins shares a very close relationship with them. While attending High School, Blevins worked for three years at Noodles and Company.

After completing his graduation from High School, Blevins’ gaming career took off. He started getting recognized for his unbeatable skills in the gaming world, went on to compete in tournaments (with huge grand prizes), gained sponsorships, and earned himself a ton of money and fame—all before the age of 26.

The Start of His Gaming Career

Blevins claimed that his interest in gaming started after watching his dad play. He would often see his dad playing video games late at night until two in the morning. Initially, he had to try and convince his siblings to let him play, as he was the “younger brother” who was only allowed to watch.

Finally, after several weeks of begging them for a turn, Blevins’ brothers let him play the game. They were shocked to see that their brother was a brilliant player and even beat both of them! Blevins started playing in the afternoons and gradually got his hands on Xbox and PlayStation.

When Halo hit the market, Blevins became addicted to the game. He continued to improve his game and defeat his opponents, becoming known as the “Ninja.” His obsession with games continued, earning him a spot among the greats.

Blevins explains that playing a game and winning is not at all that easy. You need to compete with thousands of people and perfect your every gaming move.

Blevins attends a lot of tournaments in the gaming industry. Sometimes he wins, other times he does not, but he has never given up. And when he does win, the pots are a often a decent size!

According to sources, in the 33 tournaments he has competed in, Tyler Blevins has earned over $1.1 million. Currently, Blevins is a member of the Luminosity Gaming team.

Blevins is slowly becoming one of the most popular streamers on Twitch. His channel ranks number one on the top 50 Twitch Streamers.

Blevins has over 3.3 million followers on Twitch. His YouTube channel boasts around 4.5 million subscribers and his Instagram handle has 618k followers. For those who scoffed that gaming would never get him anywhere, the numbers speak for themselves!

Initially, when Blevins would tell his family that he has a tournament to attend, his family would get a little upset thinking that he was prioritizing his tournaments over them. But now, Blevins says that they support him a lot.

In fact, they even sit together and watch some of his tournaments on the big screen. They understand that it is very demanding so they try to be understanding his profession. In fact, his father Chuck was one of the biggest sceptics before Blevins became a huge success for his gaming. Chuck was asked if he was proud of his son, and he couldn’t hold back the tears. Smiling, he said “Yes.”

Gives Back to Society

On February 6, 2018, to raise awareness for suicide prevention, Blevins organized a charity stream. He recently lost a friend to suicide and this platform helped him to fundraise through streaming and also to honor his friends and several others who committed suicide.

All the proceeds from donations and subscriptions went to the American Foundation for Suicide Prevention. They were able to raise a decent amount of money for the cause.

Who Is Tyler Blevins’ Wife?

When Blevins met Jessica Goch, he was already dating somebody, so they didn’t get into a relationship at first. However, a few years later they got back in touch. Blevins and Jess dated each other for a few years before they made an announcement about their engagement in November 2016. In fact, Jess even uploaded a proposal video on his YouTube channel!

The sweet couple walked down the aisle in August 2017. Like her husband, Jess is also a partnered Twitch streamer. Her channel’s name is “Jghosty” and she is mostly into cooking streams but also streams video games of her own.