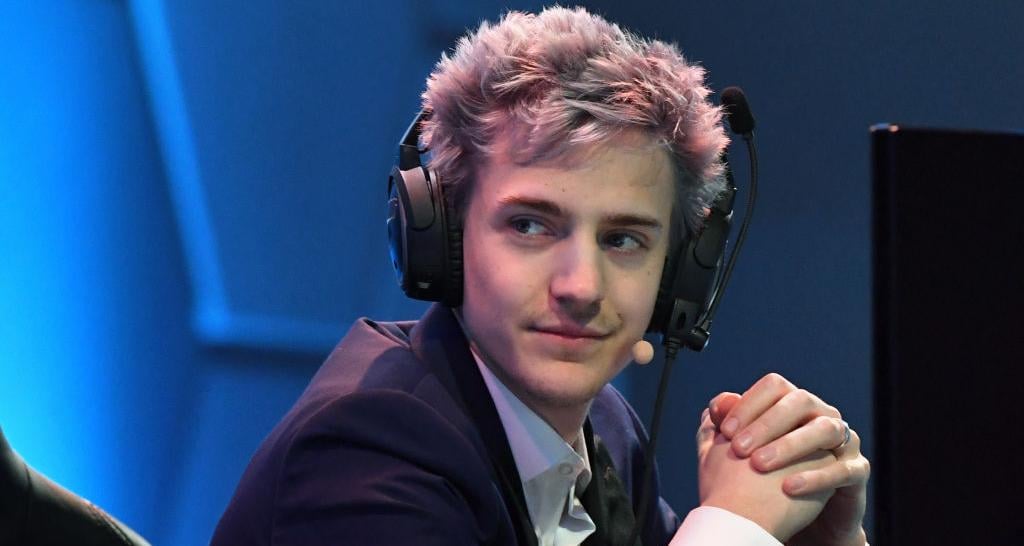 Tyler “Ninja” Blevins, the best Twitch streamer in the world, has been receiving R.I.P messages on his Instagram. Many are grieving his death, which was allegedly due to ligma disease, without even knowing what it is! So, is Tyler Blevins dead? Find out the truth here!

Did Ninja Die of Ligma Disease?

Ninja, a beloved social media influencer, has been busy this past week attending the ESPY Awards and gaming conferences. Along with that, he is also dealing with the bizarre news which claims he’s dead! 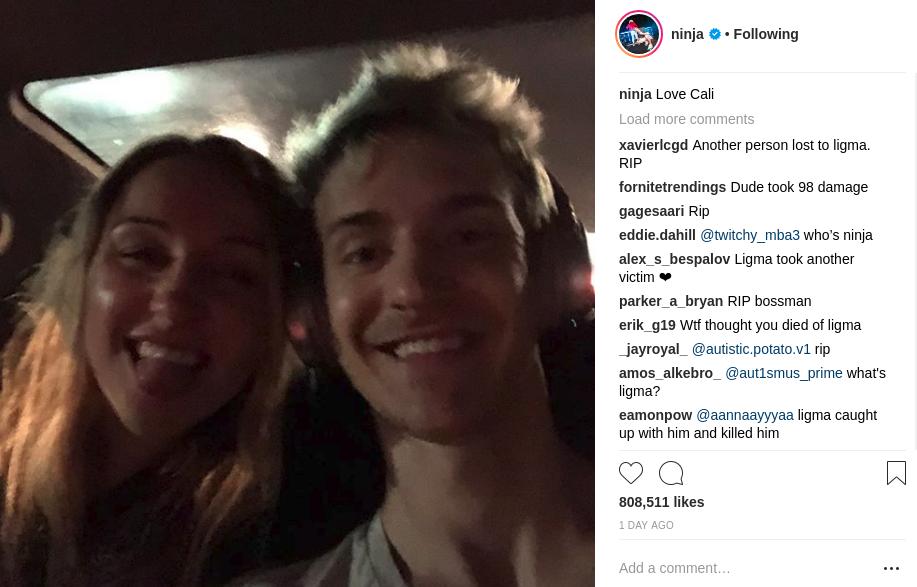 All this started on July 16, 2018, when comments started pouring in on various social media platforms. Fans of the gamer have been frantically questioning the sudden death of the star, only to realize that he is very much alive and kicking!

An Instagram post by someone under the username “ninja_hater” has been raking up a storm. The post is a picture of Ninja with late stars in the background waiting in heaven. 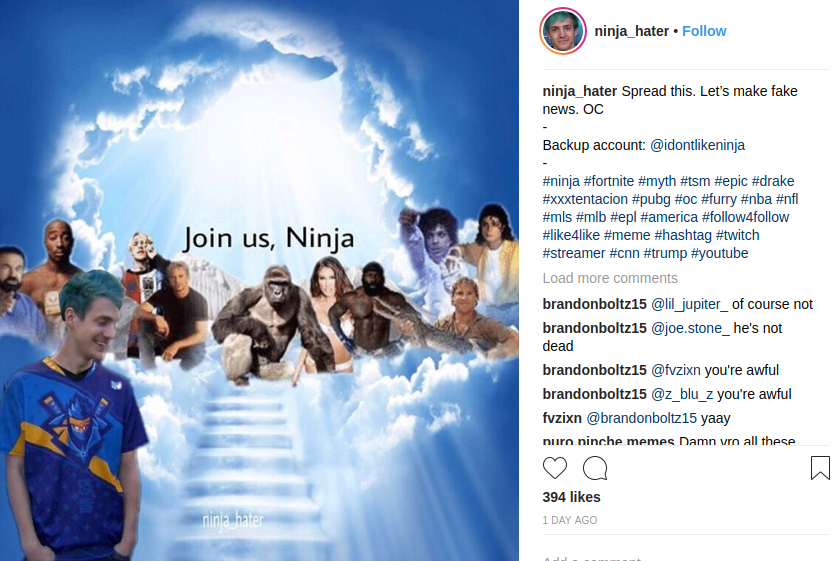 Although it’s pretty clear that the news is fake, fans have been startled by the rumor nonetheless.

Instagram and Twitter are full of comments by people who are declaring him dead as a result of “ligma,” which has created even more confusion.

What Is Ligma Disease?

If you haven’t heard of ligma and are thinking that it’s a disease, then this will come to you as a relief.

When someone says “ligma,” the other asks, “What’s ligma?,” the response would be, “Ligma balls.” So, in hopes of getting asked the question, people have been posting that Ninja died of ligma! 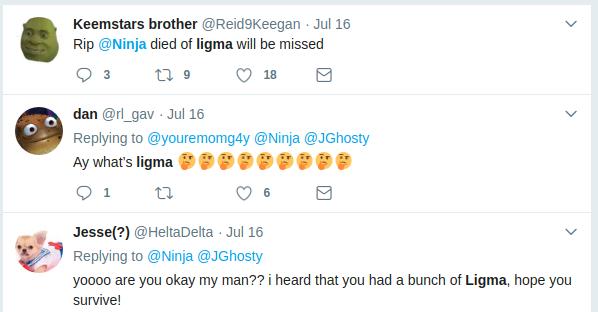 Now that you know the truth, you can put can put this ridiculous rumor to rest. Fans can keep loving Tyler Blevins and his amazing gaming skills, which have earned him a net worth estimated at a cool $6.0 million!